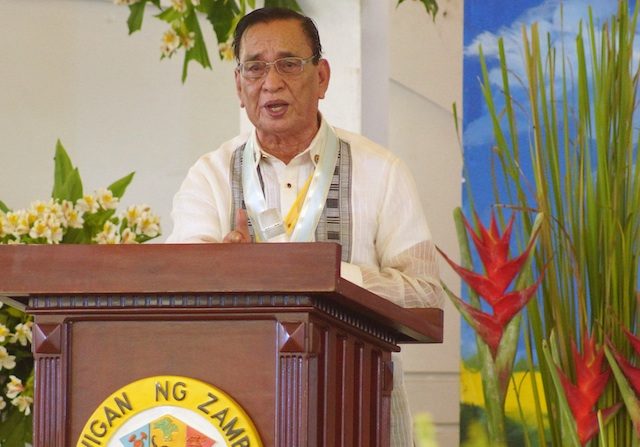 Facebook Twitter Copy URL
Copied
'The lives of our fishermen are of paramount importance that is why I have repeatedly advised them not to fish until it's free to fish,' says Zambales Governor Amor Deloso

ZAMBALES, Philippines – Zambales Governor Amor Deloso has warned the province’s 3,000 fishermen against venturing into Panatag Shoal (Scarborough Shoal) even after an arbitration tribunal in The Hague, declared the area as part of Philippine territory.

Deloso cautioned that while the ruling is a historic victory for the Philippines, it may also escalate the tension in the area and may backfire on the fishermen who have been repeatedly harassed by Chinese coast guards patroling Scarborough Shoal.

“As governor of the province, wala po ako magagawa because it is beyond my domain… because wala kami armas dito,” Deloso told Rappler when asked of the provincial government’s plan of action on the fishermen following the court’s decision.

(I can’t do anything because it is beyond my domain, because we don’t have arms here.)

“But the lives of our fishermen are of paramount importance that is why I have repeatedly advised them not to fish until it’s free to fish,” the governor added.

According to Deloso, it remains to be seen whether China would match its strong words against the ruling with action, especially in Scarborough Shoal.

And should this happen, he expressed fear that Zambales, in particular, could be the easiest target for hostilities.

The Zambales governor is exercising even greater prudence than Malacañang, which said that fishermen can “proceed with care” to Scarborough Shoal following the landmark ruling.

On top of the warning, Deloso also said the provincial government is currently working double time to ensure the provision of jobs and other alternative livelihood for the fishermen.

He will also allocate of funds for other programs that will benefit the fishermen and their families.

Tensions between the Philippines and China under the previous administration could be traced to Scarborough Shoal, where the Philippine Navy nabbed 8 Chinese fishing vessels caught poaching there in 2012. leading to a standoff Since then, Filipino fishermen have been routinely chased away by Chinese coast guard vessels.

The incident also prompted the Aquino administration to bring China to court over the dispute. – Rappler.com