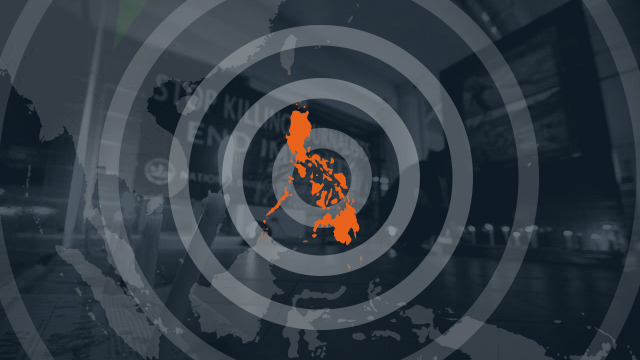 MANILA, Philippines – The unsolved case of the Maguindanao massacre will be tackled by the presidential task force on media killings, Palace Communications Secretary Martin Andanar said on Sunday, July 17.

In an interview over state-run radio dzRB, Andanar said that “[solving the Maguindanao massacre] has always been the cry of the people of the media and concerned quarters of the country.”

“We will recommend to the President that the past cases should be reviewed,” he added.

On November 23, 2009, 58 people were killed as gunmen attacked the convoy of Esmael “Toto” Mangudadatu’s family members, supporters, and members of the media in Maguindanao. They were supposed to file Mangudadatu’s certificate of candidacy for provincial governor. (INFOGRAPHIC: Maguindanao Massacre case, 5 years on)

Thirty-two (32) of the victims were journalists, making the incident the single deadliest attack against the media, according to the Committee to Protect Journalists (CPJ). Six years later, no convictions have been made. (READ: 6 updates on Maguindanao massacre’s 6th year)

Andanar added that it is about time that justice is served for the victims and their families.

“You know, they say justice denied is certainly injustice,” he said. “It’s about time, and I believe that the current justice secretary also would agree with me, we should (look at] past cases and give justice to families who have been victimized by overdue process.”

According to Andanar, the draft of the administrative order that will create the presidential task force on media killings is already up for review by Chief Presidential Legal Counsel Salvador Panelo and the Office of the Executive Secretary.

Once approved, Andanar said it would set a “positive” tone for dealing with unsolved media killings.

“Once we have this [administrative order] signed, then it’s a very positive direction to be able to investigate and to be able to seek justice for victims of extrajudicial media killings,” he explained.

The point of the task force, Andanar added, is to “put a final period” and to find out the root of the “unnecessary and illegal killings of brothers and sisters in the media.”

The Philippines has been identified as one of the most dangerous countries for journalists in recent years. According to the National Union of Journalists in the Philippines (NUJP), a total of 176 members of the media have been killed since 1986. – Rappler.com