Congressman Baguilat: I am the House minority leader 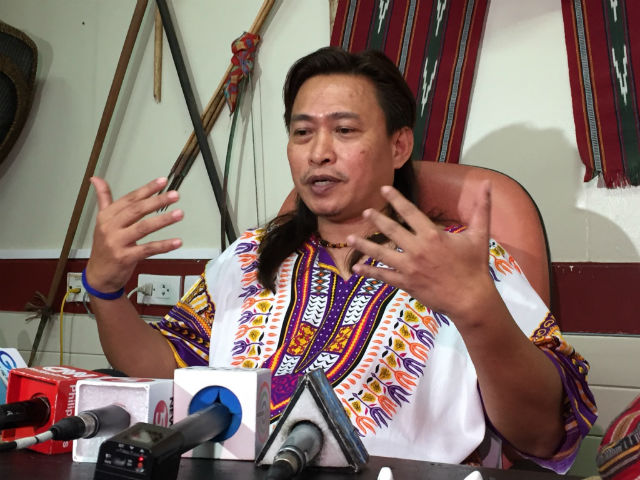 MANILA, Philippines (UPDATED) – A more confident Ifugao Representative Teddy Baguilat Jr said he would fight to be recognized as the House minority leader during the session on Tuesday afternoon, July 26.

“They have to recognize [me] today kasi they cannot constitute the Committee on Rules kung walang miyembro ang minority. Kung gusto nilang pabilisin ‘yung discussion dun sa mga priority bills ni [President Rodrigo Duterte], they have to constitute the Committe on Rules already so it can refer the bills to the committees. So we will force the issue today,” said Baguilat.

With 251 votes, Alvarez was declared as House Speaker. Baguilat got 8 votes, one more vote than Suarez, who is also vying for the minority leadership.

According to the rules of the 16th Congress which were adopted as provisional rules for the 17th Congress, those who did not vote for the winning House speaker candidate will be part of the minority.

The minority bloc should then hold separate elections to elect the minority leader from among themselves.

These rules were also read on the floor by House Majority Floor Leader Rudy Fariñas during Monday’s session.

For Baguilat, Suarez is technically part of the majority bloc already because he voted for Alvarez.

“Malinaw naman ‘yung sinabi ni Congressman Fariñas e ‘no, na those who will not vote for the Speaker will constitute the minority. He (Suarez) voted [for] Alvarez, so he’s part of the majority. Technically, ‘di siya puwedeng tumayo as a candidate for minority floor leader kasi ‘di siya kasama ngayon sa minority,” said Baguilat.

(What Congressman Fariñas said yesterday was clear – that those who will not vote for the Speaker will constitute the minority. Suarez voted for Alvarez, so he’s part of the majority. Technically, he cannot declare himself a candidate for minority floor leader because he is not part of the minority.)

But Suarez refuted this on Monday: “Not exactly. Even Bebot Alvarez didn’t vote for anyone. He abstained. So is he a part of minority?”

On Tuesday, Suarez added the only reason why he did not vote for himself was because he was following tradition at the House.

“That’s time-tested tradition – you don’t vote for yourself,” he said. He insists that he can still be part of the minority and can therefore participate in the minority leadership elections. 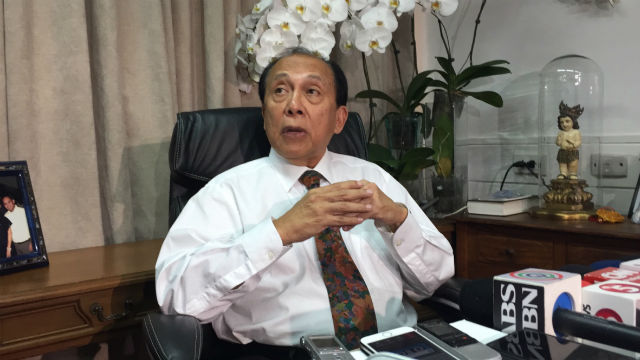 Caloocan City 2nd District Representative Edgar Erice, one of the 8 congressmen who voted for Baguilat, said the latter was not declared minority leader on Monday because the supermajority bloc has a “sinister plot” for Suarez to land the post.

Erice is referring to the 21 representatives who abstained from voting. He insisted that they cannot be part of the minority leadership elections.

“If my fault is that I am friendly with anyone, ‘di naman siguro ganun (then that should not be taken as a reason). But you have seen me. I have been the minority leader and I think I delivered what I should do as minority leader,” added Suarez, who held the position in the 15th Congress.

If he is declared as minority leader, would Baguilat accept those who abstained into the minority should they seek to join the bloc?

“As per our rules, they are independents. But later on, they can manifest kung gusto nilang mag-majority or minority, pagkatapos nang ma-constitute ‘yung minority bloc,” he said.

(As per our rules, they are independents. But later on, if they manifest they want to join the majority or minority, they can join us but only after the minority bloc is constituted.)

Meanwhile, Suarez said he will not have problems “working with Teddy” in the minority.

But he said a shared term for minority leadership with Baguilat is “out of the question.”

In the 15th Congress, Albay 1st District Representative Edcel Lagman served as House Minority Leader from 2010 to 2012. It was agreed upon that he would share the position with his then-Deputy Minority Leader Suarez.

Lagman initially protested to give way to Suarez at the end of 2011, but the latter managed to become House Minority Leader from 2012 to 2013. – Rappler.com