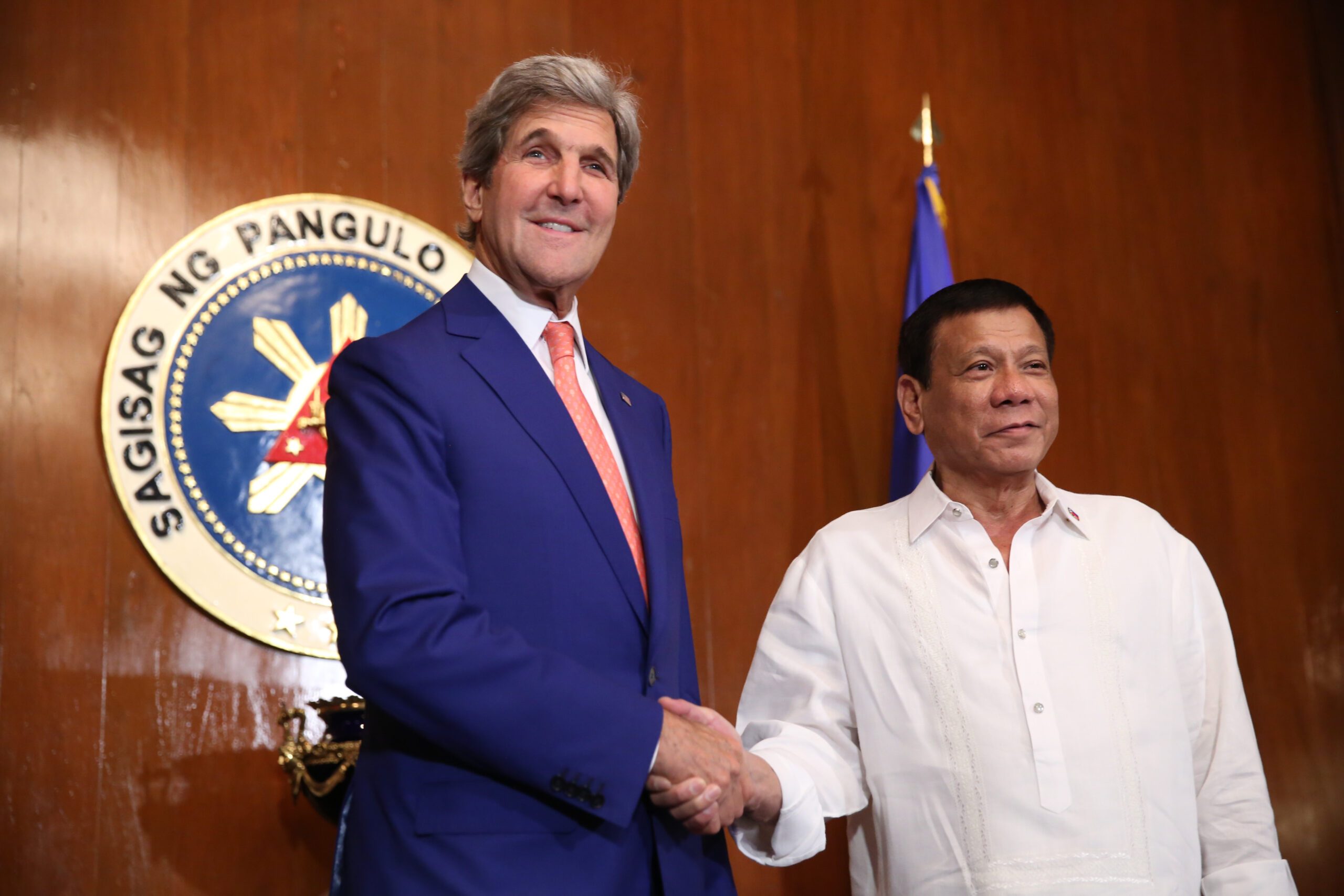 Facebook Twitter Copy URL
Copied
President Rodrigo Duterte discusses with US Secretary of State John Kerry his war on illegal drugs, among other topics, during the official's courtesy call on the Philippine leader

MANILA, Philippines – The United States is ready to give the Philippines $32 million in law enforcement training and services.

US Secretary of State John Kerry gave the assurance to President Rodrigo Duterte during his courtesy call in Malacañang Palace around noon on Wednesday, July 27, Malacañang said.

“The US committed $32 million in training and services,” Presidential Spokesperson Ernesto Abella said in a press briefing, where he summarized what was discussed between Kerry and Duterte.

“It will come in the form of training and stuff, law enforcement,” added Abella.

The assistance comes amidst Duterte’s war on illegal drugs which has claimed the lives of nearly 300 suspected drug suspects in less than a month, according to the Philippine National Police.

Duterte’s campaign against drugs was among the topics discussed during their meeting, aside from other security concerns like terrorism and the tenuous situation in the West Philippine Sea.

Kerry apparently did not raise the alarm over the issue of alleged extrajudicial killings in Duterte’s anti-drug campaign.

“There was no alarm mentioned there. President Duterte did mention the way he has been handling the war against crime, especially the narcotic plague,” said Abella.

Kerry and Duterte affirmed the long-standing ties between the US and the Philippines, “and stated in particular that there are 4 million Filipinos [in the US] and 500,000 Americans in the Philippines,” said Abella.

Duterte himself frequently mentions how the Philippines is “allied with the Western powers” and has given assurances that he would consult with allies when it comes to issues like the West Philippine Sea (South China Sea) dispute with China.

One of Kerry’s goals in meeting with Duterte was “to discuss the full range” of US cooperation “with the new administration,” said a US State Department deputy spokesman.

Kerry is the most senior foreign official to pay a courtesy call on Duterte, making him the President’s most important foreign visitor, so far.