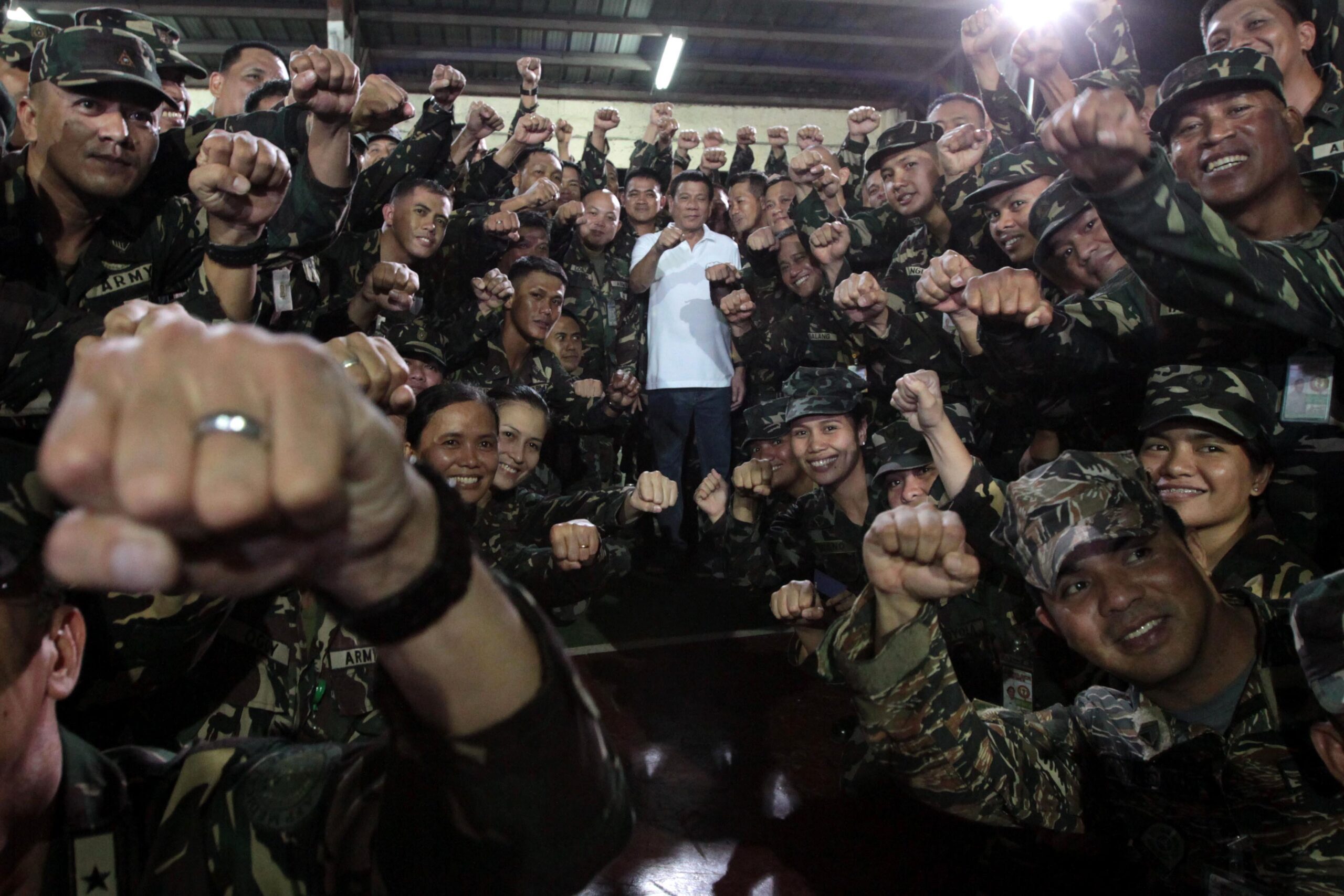 MANILA, Philippines – President Rodrigo Duterte promised soldiers that around P500 million will soon be released for “state-of-the-art” military equipment and a new building for the Armed Forces of the Philippines (AFP) Medical Center.

“What Secretary Diokno gave you is about half a billion and it will be released soon,” said Duterte as he spoke to soldiers, patients, and military doctors on Tuesday, August 2, at the AFP Medical Center.

Duterte said Budget Secretary Benjamin Diokno, who was present at the event, already agreed to the release of the funds.

(Let’s thank Secretary Diokno because he gave you all the equipment you want.)

The funds will pay for a new building in the AFP Medical Center and the renovation of an old building.

“There’s a building that’s not suitable anymore for the confinement of soldiers who are hospitalized. I’ll give you a new building then I’ll refit, fix the bathrooms,” said Duterte in a mix of English and Filipino.

The President will also push for changes to be made in internal procedures of the hospital which some patients complained to him about.

He promised the equipment and the building will be ready by December – 4 months away.

(Give me until December. Even the hospital, by December, it should be completed.)

Duterte made other promises to the soldiers, saying the education of their children will be paid for by the government. However, he did not specify until what level of education the scholarship would cover.

“One of the things that you will have in the fullness of God’s time and inshallah is ‘yung program ninyo, mga anak ninyo, libre na ang edukasyon (your children will have free education),” he said.

If the President has his way, soldiers who are forced to retire due to injuries from military operations will be paid their salaries for 2 to 3 more years before the government begins to give them pension.

Before giving his speech, Duterte visited the Heroes’ Ward of the AFP Medical Center where he interacted closely with soldiers wounded in battle.

Duterte has spent his 3rd week in office visiting military camps in Mindanao and Luzon where he assured the military of his support and loyalty. – Rappler.com