Aug 5, 2016 1:27 PM PHT
Rappler.com
Facebook Twitter Copy URL
Copied
Lariba and her new opponent Han Xing of Congo had been practicing against each other, not realizing they'd eventually play against one another 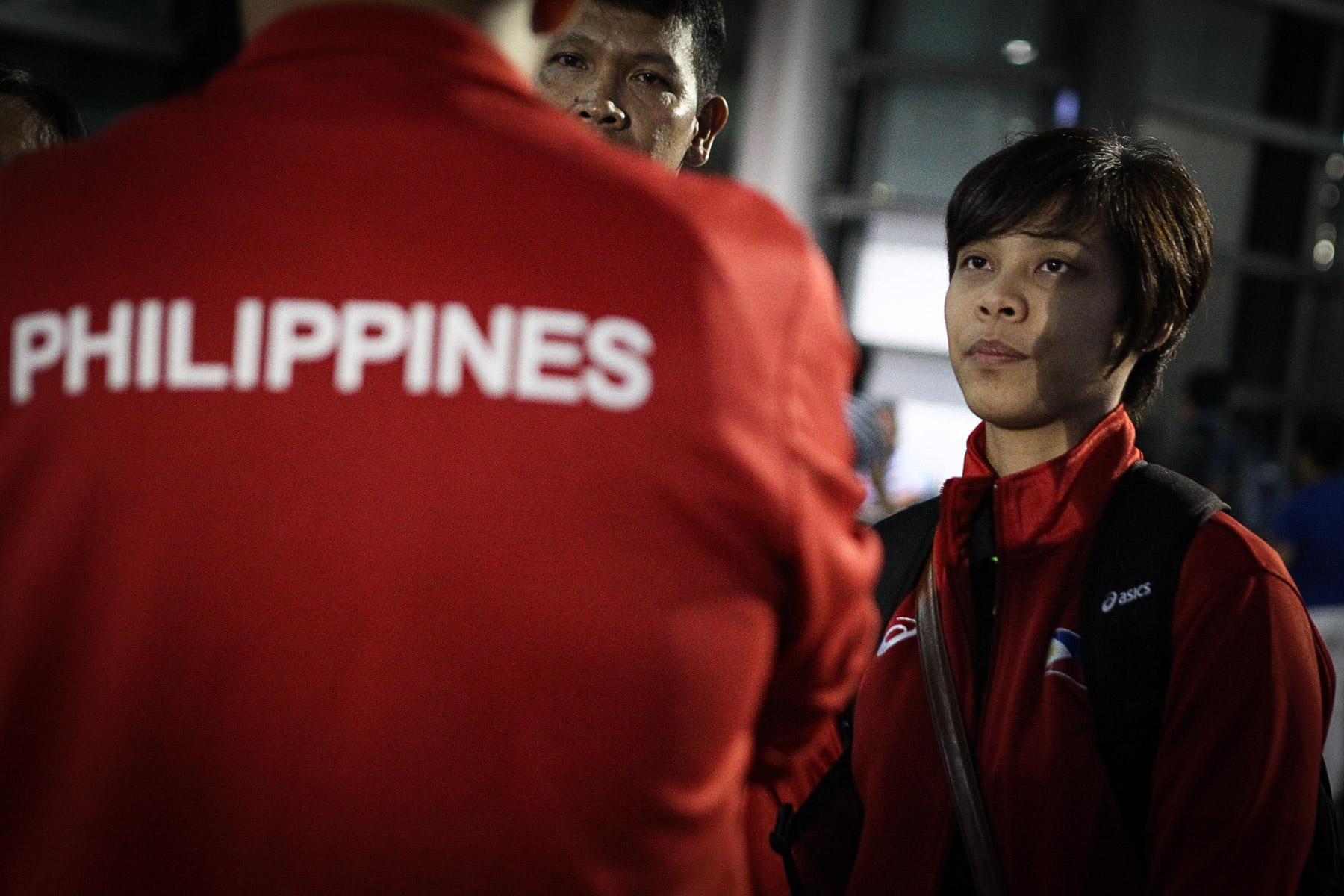 RIO DE JANEIRO, Brazil – Ian Lariba of the Philippines said she was not bothered by a sudden change in opponent, adding that she’s ready to take on anybody in the singles event of women’s table tennis in this Rio Olympics.

Lariba, the first table tennis player from the Philippines to compete in the Summer Games, had set her sights on Adriana Diaz of Puerto Rico because that was the name that was given her the day after she arrived here last July 23.

Instead of Diaz, the 21-year-old Lariba will face Han Xing of Democratic Republic of the Congo, ranked 161 in the world. Here in Rio, the two table tennis players have practiced against each other, not knowing that they’d end up as foes when action begins August 6.

Lariba, ranked number 325 in the world, said there must have been was a reshuffle in the draw, but added that the change will not affect her focus.

“Either it was reshuffled or it was a system error in the previous draw. But it’s fine with me because it’s beyond my control anyway,” said the soft-spoken Filipina.

The student of De La Salle University, who hails from Cagayan de Oro, learned of the change just 3 days before the opening ceremony, and went on with her training.

“My new opponent is from Congo and is actually naturalized. She’s Chinese. She’s my sparring partner here because like me, she’s the only entry for table tennis for her country. Small world,” said Lariba over breakfast Thursday, August 4.

“It’s okay having her as training partner but in the actual match everything will change,” added Lariba, who must have familiarized herself with Xing after a few days of them hitting balls and exchanging kills in practice.

Lariba is aware of the difference in their ranking but must have felt better than having to face the 89th ranked player in the world.

“It doesn’t really matter because anywhere you go, you need to slug it out with whoever your opponent is. I will just to my best,” said Lariba.

Her South Korean coach, Mi Sook Kwon, also didn’t mind the change in opponent for the left-handed Lariba, named as the 2015 Athlete of the Year in the UAAP.

Diaz is a 15-year-old table tennis player from Puerto Rico. She is ranked number 89 in the world and is tenth out of the top 20 junior players (under-18) in the world. Despite her age, she is definitely no pushover in the Olympics.

“There is no backing out now,” said Lariba. – Rappler.com