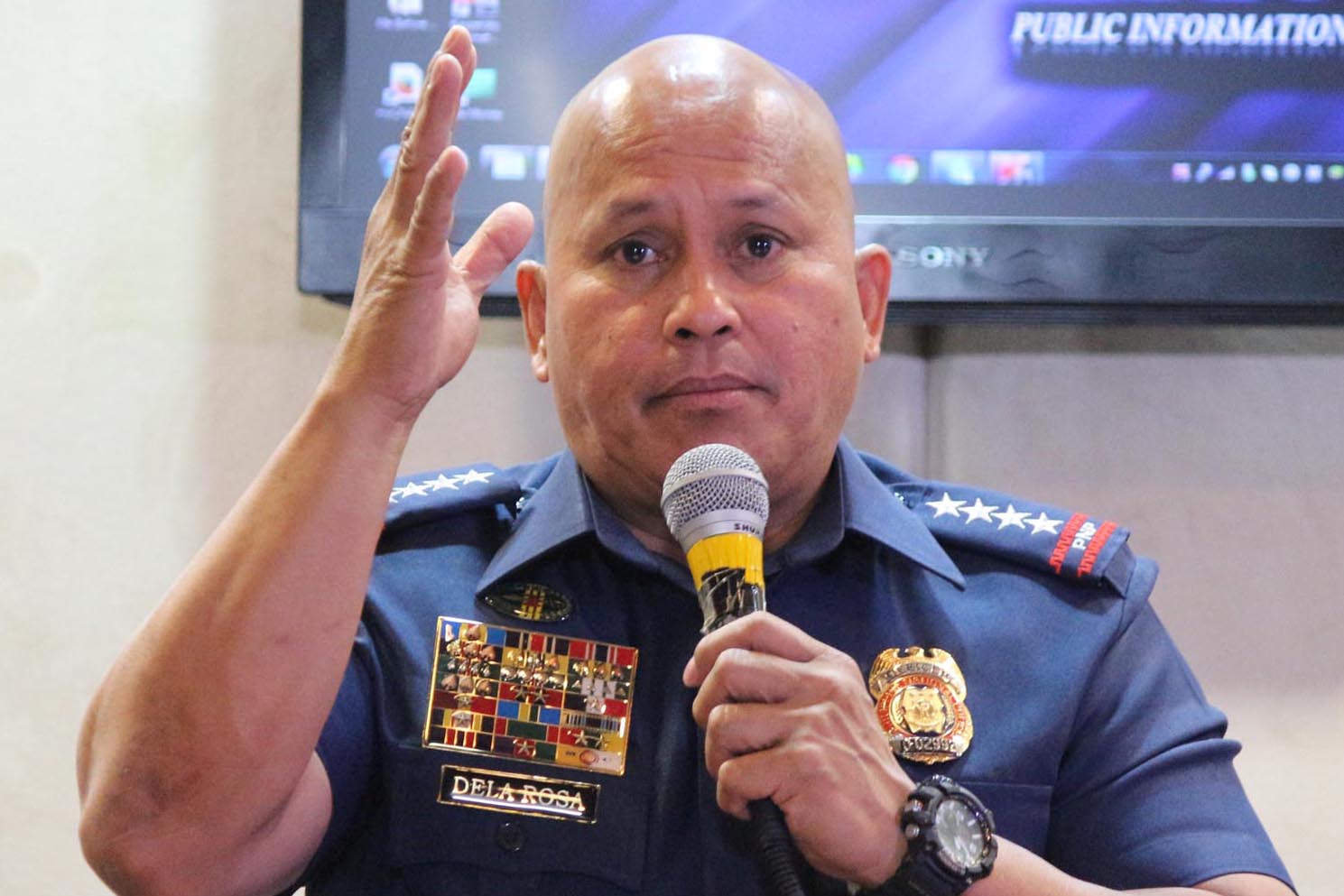 (I don’t understand why you’re so concerned about mistakes. We should be concerned about the good the list would bring to our campaign. If we allow ourselves to be controlled by the fear that we’ll make mistakes over little things, by a small percentage, this campaign will not prosper.)

At least 27 politicians and 31 police personnel went to Camp Crame on Monday, a little more than 24 hours after Duterte, in a televised news conference, enumerated the names of people allegedly involved in illegal drugs.

The list contains some dismissed and deceased public officials and judges, and it prompted no less than Chief Justice Maria Lourdes Sereno to write to the President. (READ: Sereno expresses concern over Duterte drugs list)

One of the judges named, for instance, was killed several years ago. The military has also since confirmed that several soldiers on the list have already been discharged from service.

More than half a million users and pushers have surrendered around the country, while thousands have been arrested in police operations. Those operations have also resulted in the deaths of over 400 drug suspects.

Duterte himself admitted that some of the names may be wrong, but said that it had undergone a validation process.

Dela Rosa said on Monday that several government agencies – the PNP, the Armed Forces of the Philippines, and the Philippine Drug Enforcement Agency (PDEA) – conducted a “workshop” to form and validate the list.

“The list wasn’t formed from hearsay, with people just telling the President that so and so is a political rival or so and so didn’t support him. The President is not shallow,” said Dela Rosa, who was once Duterte’s Davao City police chief.

Asked if release of the list and the subsequent “order” to surrender was a violation of human rights, Dela Rosa said: “What can I do? What can I do? They are being named by the President. He told them to come to me to surrender. I can’t not entertain them.”

The city and police regional chiefs of politicians on the list were also told to report to Camp Crame, Rappler had learned from several police officials on Monday. They were tasked to meet and help process the custodial affidavits of their respective LGU officials.

Dela Rosa defended the PNP, when asked about criticism that the treatment of big-time personalities with alleged ties to drugs was different from their more lowly counterparts. There have been some cases wherein those who already surrendered to police were later killed in police operations or by apparent vigilante groups.

“Those who were killed after surrender, they were presumed to be reengaging themselves with illegal drugs. That’s why they die during buy-bust operations. They fought back, they are killed. It turns out, they had already surrendered last week,” said Dela Rosa.