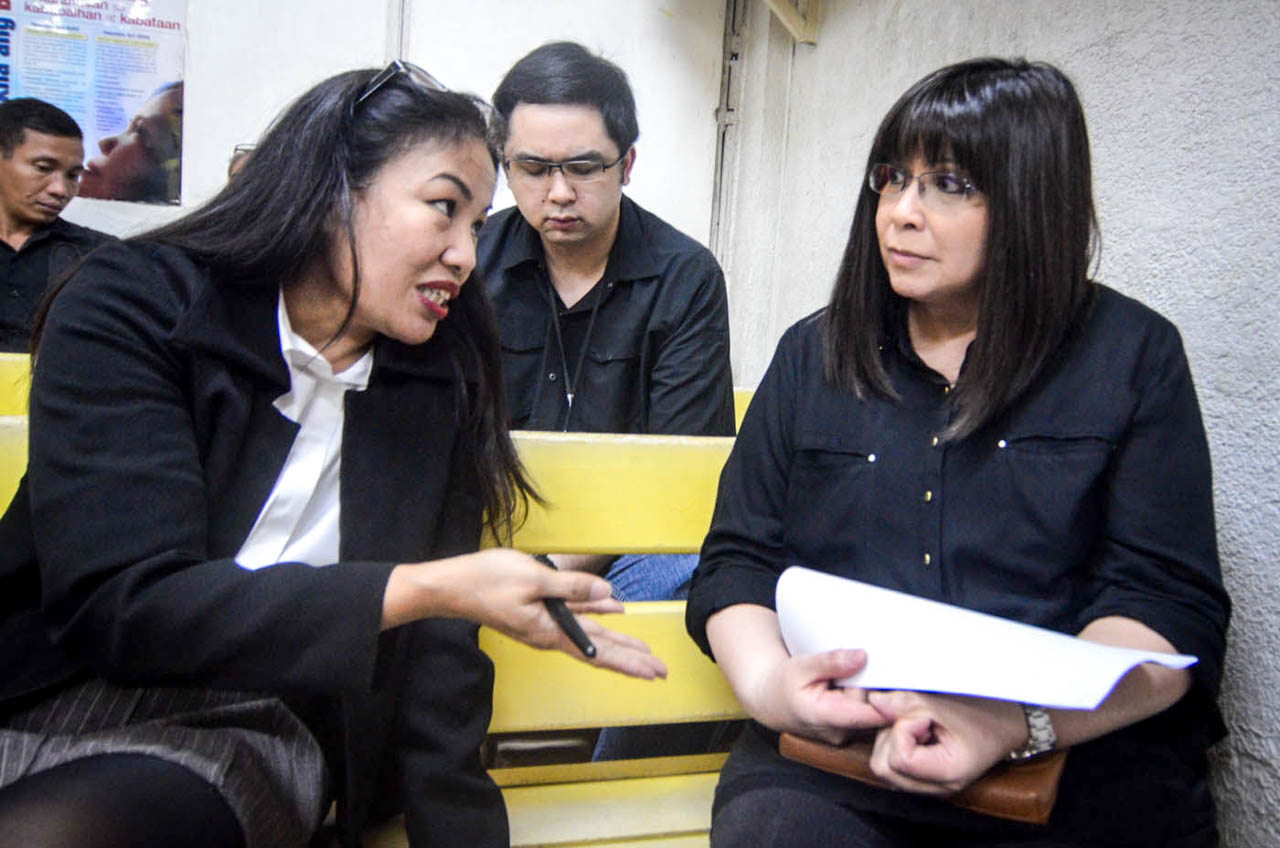 MANILA, Philippines – Trixie Cruz-Angeles, lawyer in controversial cases involving expelled members of the Iglesia ni Cristo (INC), has been suspended for 3 years by the Supreme Court (SC) over a complaint filed against her in 2003.

In its en banc session on Tuesday, August 9, the SC ordered the suspension of Angeles and co-respondent Wylie Paner for violating provisions of the Code of Professional Responsibility in relation to the annulment case of petitioner Cleo Dongga-as.

In his complaint, Dongga-as said he paid P350,000 to engage the services of the lawyers.

“Despite constant follow-ups, respondents were unable to produce a petition for annulment, with various reasons being given by respondents for their failure to do so, including that there was no record of marriage (which was a false statement as verified by complainant),” the SC public information office said.

Dongga-as said Angeles and Paler refused to return the money when he demanded a refund. He added that the two lawyers also sent him two billing statements for “consultants,” amounting to P45,000.

This prompted Dongga-as to file a complaint with the Integrated Bar of the Philippines (IBP)’s Committee on Bar Discipline.

According to the SC, Angeles denied being remiss in her duties, citing the complainant’s failure to provide the address of his estranged wife and to provide sufficient evidence as the cause of the delay in filing the petition.

She also said that Paler was tasked to draft and finalize the petition.

Paler had moved to dismiss the case, arguing that it was filed to avoid payment of attorney’s fees.

The IBP’s investigating committee found the two administratively liable and recommended their 4-month suspension, while the IBP Board of Governors recommended a two-year suspension.

The SC adopted the IBP’s findings, but raised the penalty to a 3-year suspension.

Aside from the suspension, the SC also ordered the respondents to return the P350,000 to Dongga-as within 90 days from the finality of the decision.

“I will not argue the merits of my case, though I strongly believe I was not accorded due process. However, I am an officer of the court and subject to its disciplines. I am also subject to the legal system. And I believe in that system. Even if it fails individuals, I do not believe that it fails society. Though it can stand improvement, there is no better way yet,” she wrote.

She also said that she has left any possible future action on her case to her law partner, Ahmedy Paglinawan.

“So until I have completed my discipline, I will go on to do other things. And continue to write, to teach and to do my best for my country,” she added.

Angeles was the lawyer of Oakwood mutineer, former Marine Captain Nicanor Faeldon. She was also part of the legal team of the late Chief Justice Renato Corona, during his impeachment trial in 2012.

In recent months, Angeles served as counsel in cases against the leadership of the influential INC, which faced its worst crisis over allegations of corruption inside the church.

She represented former INC evangelical worker Lowell Menorca II, who had accused top leaders of orchestrating his abduction and illegal detention to force him to expose members critical of the church.