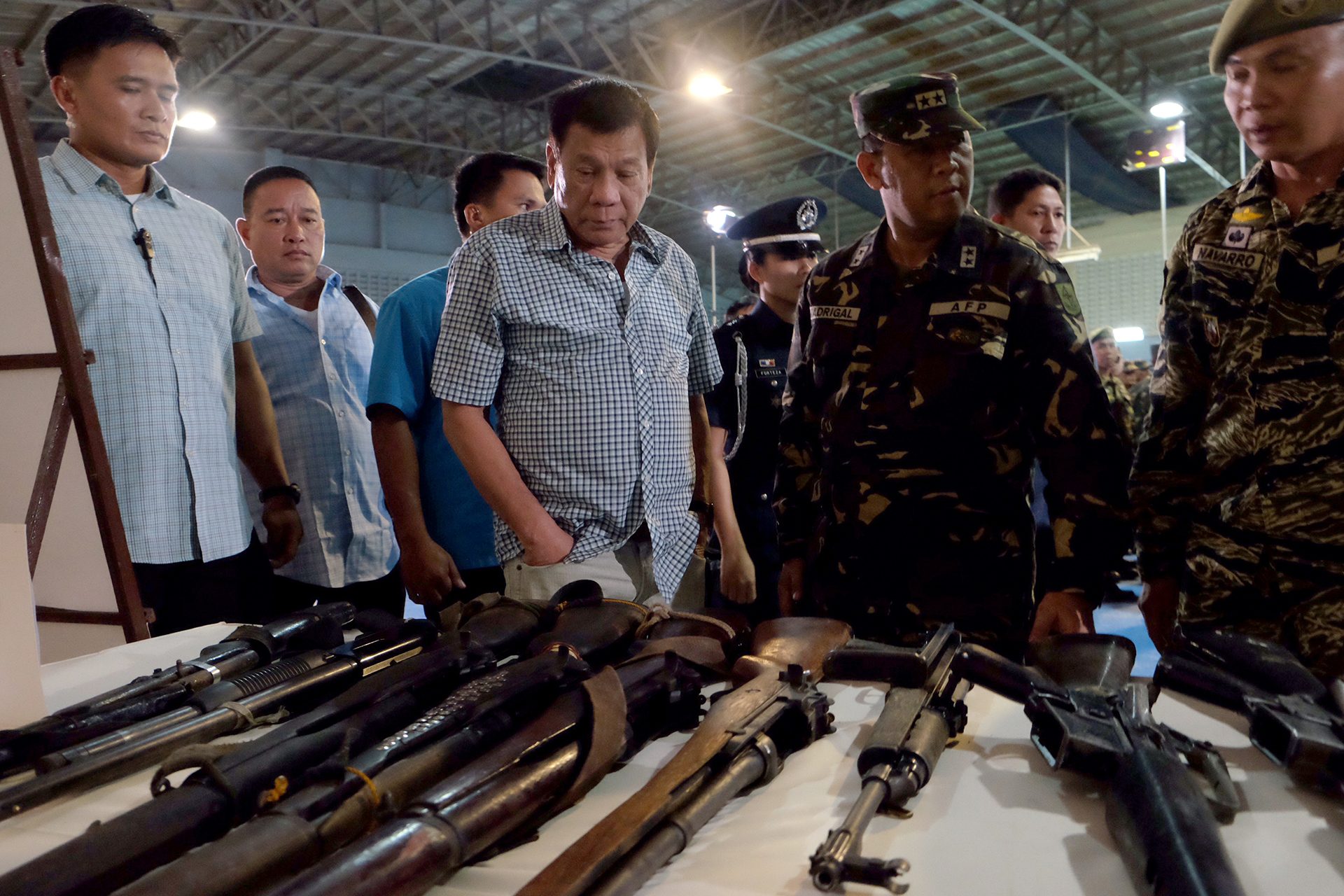 MANILA, Philippines – The threat of terrorist group Islamic State in Iraq and Syria (ISIS) to the Philippines is real, with some followers already in the Philippines radicalizing Filipinos in some parts of Mindanao, claimed President Rodrigo Duterte on Wednesday, August 10.

“In some parts of the island of Mindanao, there are white people. I suppose they are Arabs. They are here as missionaries. They don’t have arms. But they are into indoctrinization. That’s what we should be scared of,” said Duterte during a visit to a military camp in Zamboanga del Sur.

He did not elaborate on the source of this information.

This process of indoctrination aimed at radicalizing Filipinos in Mindanao may force the country to confront the ISIS problem in a few years, he said.

“As I see it, 3 to 7 years from now, we will have a problem with the ISIS,” said Duterte in a mix of Bisaya, English, and Tagalog.

The same process of “mind-conditioning” swelled the ranks of the armed communist group New People’s Army back in their heyday in the 1970s.

“Just like the communists…that’s alarming because they are conditioning the minds,” said the President.

He hopes Muslims in Mindanao do not get “contaminated” by the “ISIS disease.”

“There is something wrong in their minds killing people unnecessarily without question, no rhyme nor reason…They burn people to death without apparent reason at all,” he said.

In response to this brewing threat, Duterte repeated his promise to give the Armed Forces of the Philippines all the equipment they need. He said he wanted to hire some 20,000 more soldiers, a need communicated to him by Defense Secretary Delfin Lorenzana.

“It would be desirable to have more troops on the ground, if possible, 20,000. I would rather be prepared. Never mind what the resulting budget will be,” said Duterte.

His priority, faced with the terrorist threat is to “protect the integrity of our republic” and keep the country’s territory within the government’s control.

Last June, men believed to be ISIS called on followers to go to the Philippines. Months before that, in February, ISIS recognized Philippines-based extremist groups including that led by Isnilon Hapilon, an Abu Sayyaf Group leader.

An exclusive Rappler report showed ISIS may have plans to declare a wilayat or province in Mindanao and that the group may have been behind killings in Basilan last April. – Rappler.com