Raid on Espinosa’s house yields P88M worth of shabu 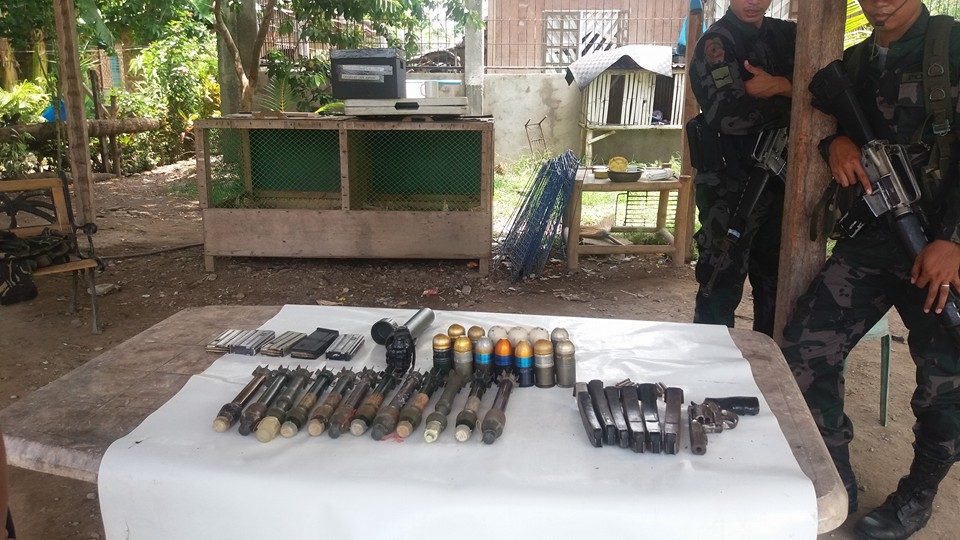 LEYTE, Philippines – Local police recovered P88 million worth of suspected methamphetamine or shabu in an early morning raid on the house of Albuera Mayor Rolando Espinosa Sr on Wednesday, August 10.

Espinosa early this month presented himself to Philippine National Police chief Ronald dela Rosa after President Rodrigo Duterte linked him and his son Kerwin Espinosa to the illegal drugs trade. The mayor admitted during a press conference that his son is a drug lord, and was released from PNP custody after his son refused to surrender.

While Espinosa was staying at the PNP chief’s official residence in Camp Crame, 6 of his alleged hitmen were killed in an encounter with the local police in Albuera.

On Wednesday, the police raided the mayor’s house in Barangay Tinago Dos Subvillage, Benoldo, Albuera, Leyte. They were armed with a search warrant issued by Judge Carlos Arguelles of the Regional Trial Court Branch 14 in Baybay City. According to Police Chief Inspector Juvy Espinido, chief of police of Albuera, they will be conducting more raids on Espinosa’s other houses. He earlier asked the mayor to resign for being unfit to govern because of alleged illegal activities.

Espinosa earlier claimed that Espinido had threatened his life, but the newly appointed local police chief clearly has the backing of the PNP head and the President himself.

PNP’s Dela Rosa had said that their strategy in dealing with mayors who are allegedly into the illegal drug trade is to assign in their areas police chiefs who are tough enough to fight back.

“I am convinced that the continued close cooperation between law enforcement agencies and the residents of Albuera, Leyte, will lead to more arrests and further successes in our common fight against narco traffickers in Leyte,” Espinido said.

Mayor Espinosa has returned to Albuera since he left the PNP custody in Quezon City. He is reportedly confined in a hospital in Cebu City. – Rappler.com