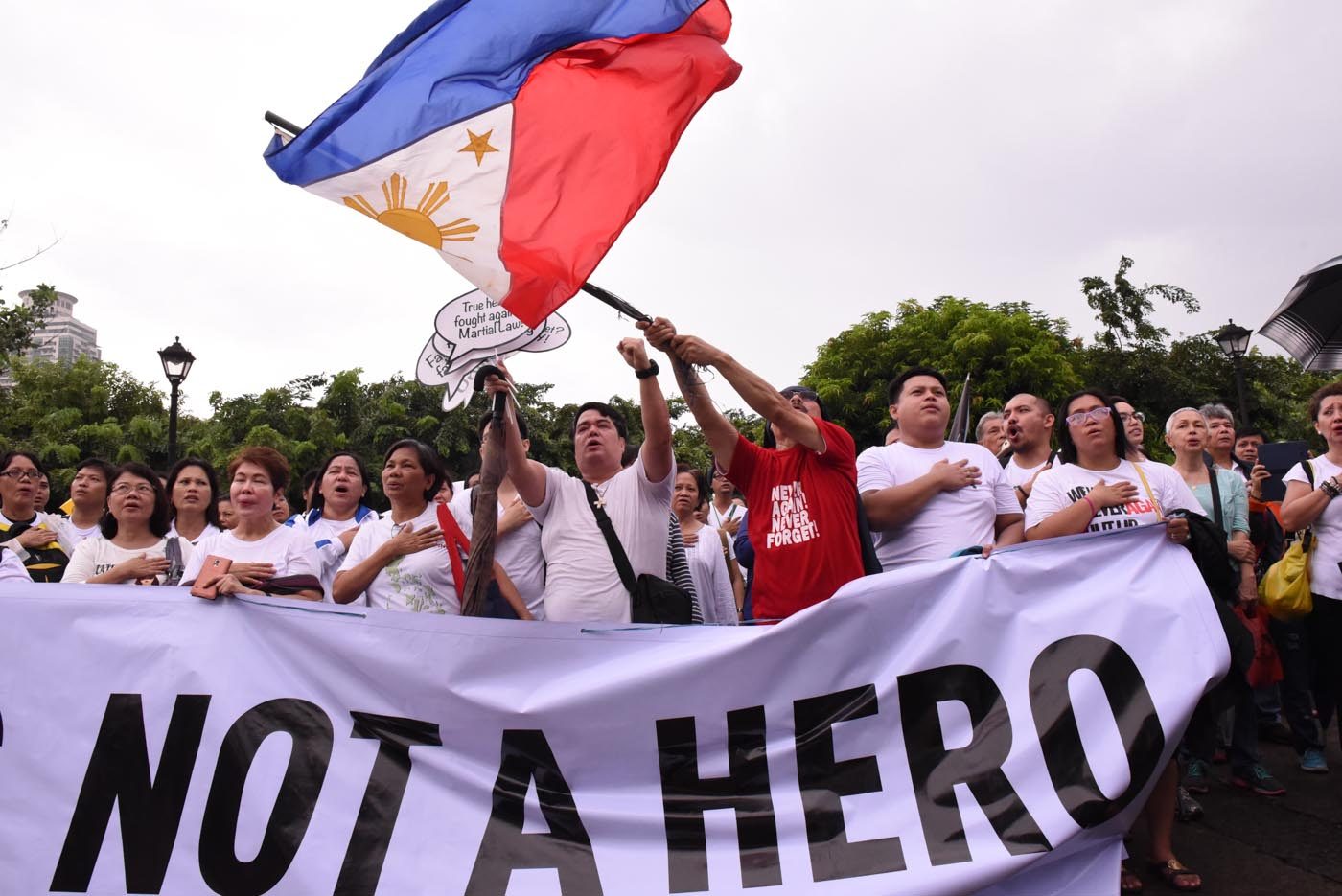 MANILA, Philippines – Malacañang acknowledged the people’s right to protest as different groups gathered at Luneta on Sunday, August 14, to oppose the planned hero’s burial for the late dictator Ferdinand Marcos.

But in a statement, Palace Communications Secretary Martin Andanar also said President Rodrigo Duterte will not change his mind about Marcos’ burial.

“The President has repeatedly said that he would allow any form of protest, like organizing mass actions against the [Ferdinand Marcos] burial at the [Libingan ng mga Bayani],” Andanar said. “This is consistent with his philosophy that criticism, good or bad, true or not, is part of the territory of governance in public.”

But Andanar added: “The President’s stance, however, remains firm: There is clarity in the regulations governing the late President Marcos’ burial.”

Last August 7, Duterte said that “as a former soldier and former president of the Philippines,” Marcos is qualified to be buried at the Libingan ng mga Bayani.

On August 12, the President reiterated his view, saying, “Even if he is not a hero, he was a soldier. Even if he didn’t receive the medals, correct, but that is the record of another country. Why would I, in making a decision, refer to the records of another country? We have long ceased to be a vassal state of the United States. Tapos na ‘yan (That’s over). It’s history.”

Duterte was referring to the points raised by the National Historical Commission of the Philippines (NHCP), which said that Marcos’ record as a soldier during World War II is “fraught with myths, factual inconsistencies, and lies.”

According to the NHCP, citing US records:

Martial law victims and their families have been appealing to Duterte to reconsider his decision to allow the hero’s burial for Marcos.

A congressman also previously urged Duterte Cabinet members who were martial law victims to speak out against the burial.

But it appears that the matter is no longer up for debate, with the latest Palace statement affirming the President’s stand on the matter.

“The President shall therefore remain undistracted and it shall be governance as usual with his full and undivided attention in winning the war against drugs, criminality, and corruption,” Andanar said. – Rappler.com