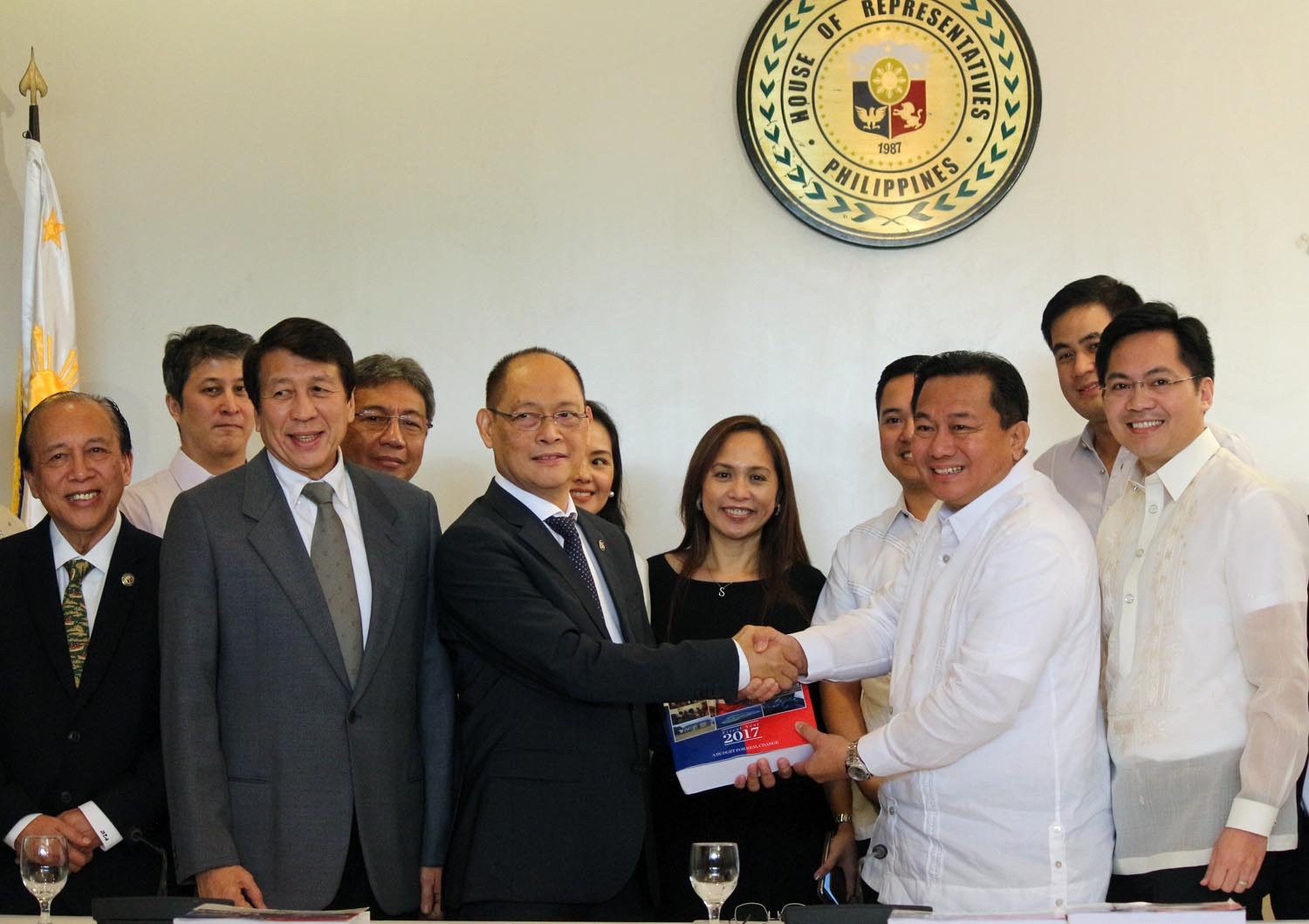 MANILA, Philippines – The first national budget proposed by the administration of President Rodrigo Duterte showed that it is prioritizing infrastructure, agriculture and rural development, as well as peace and order.

The Department of Budget and Management (DBM) on Monday, August 15, submitted to the House of Representatives the proposed P3.35-trillion ($71.97 billion) 2017 national budget, the highest proposed by any administration so far.

This marks the beginning of Congress’ months-long deliberations on the proposed national budget, which the administration of President Rodrigo Duterte dubbed as “A Budget for Real Change.” (READ: 2017 budget will be responsive to people’s needs – Nograles)

“I can characterize it as saying we’re putting our money where our mouth is. This budget is consistent with President Duterte’s 10-point agenda. It is a transparent agenda,” said Budget Secretary Benjamin Diokno.

The Duterte administration, which has declared a war on drugs and crime, also wants to give P206.6 billion ($4.44 billion) for public order and safety.

“My government will double or even triple its efforts to bring drug pushers and crime syndicates behind bars as well as put a stop to terrorism,” said Duterte in his budget message sent to reporters.

The Armed Forces of the Philippines also gets P130.6 billion ($2.81 billion)  to intensify its counter-terrorism efforts.

In terms of sectoral allocations, social services get the biggest chunk of the budget at P1.35 trillion ($28.89 billion), followed by economic services at P923.95 billion ($19.85 billion).

Like in the previous administration, the Department of Education (DepEd) gets the highest budget among all departments at P567.56 billion ($12.19 billion).

Below is the DBM’s disaggregation of the 2017 budget:

“The House of Representatives will not falter in its role in enacting a 2017 budget on time. And with the Speaker [Pantaleon Alvarez’s] support and with the Majority Floor Leader [Rudy Fariñas], and all the members of the supermajority, including the minority, I’m confident that together, as we play our roles as representatives of the people, we will pass a budget that we can all be proud of,” said Nograles.

The House committee on appropriations begins its hearings on August 22. – Rappler.com