Robredo: Gov’t must build over 2,600 homes a day to beat backlog 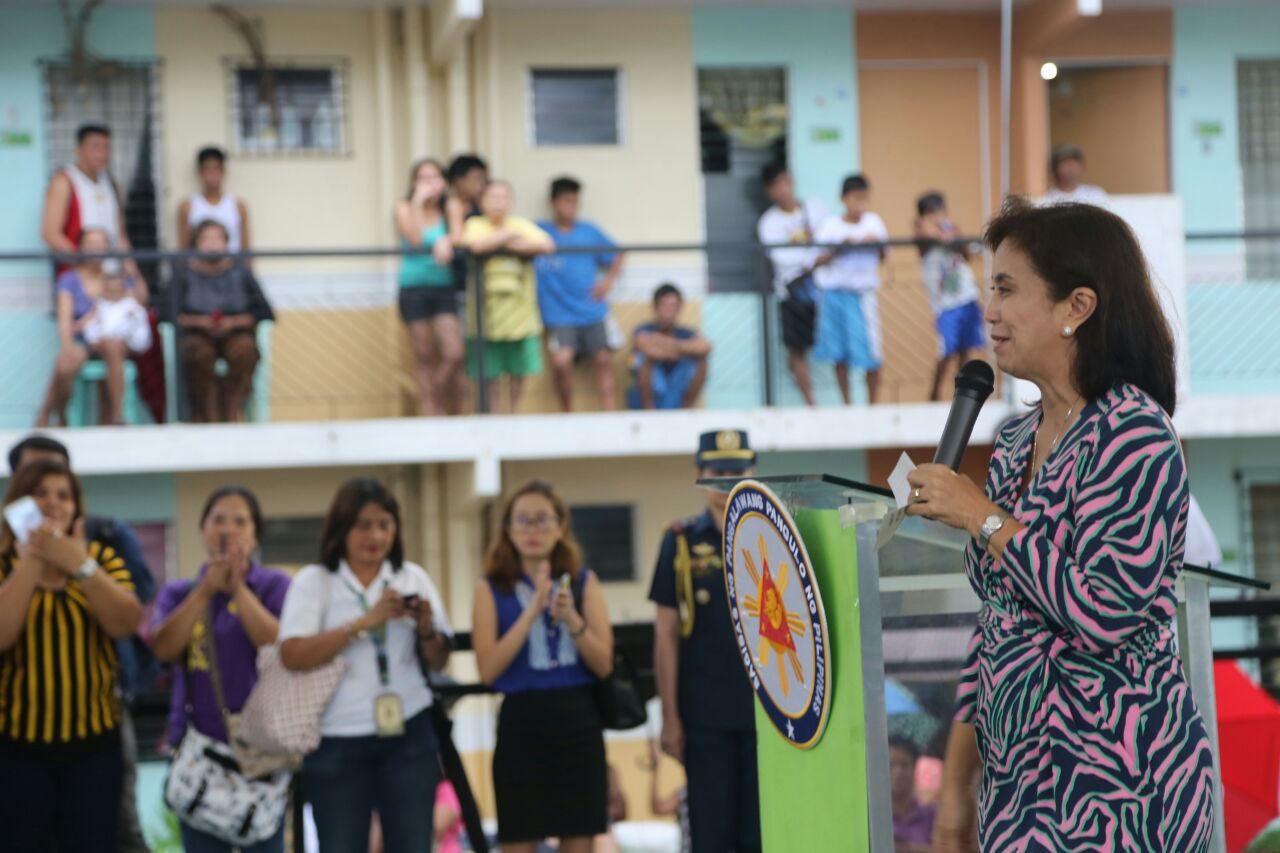 MANILA, Philippines – Vice President Leni Robredo said the country’s housing problem is like a “ticking time bomb” as the backlog in housing units is expected to grow further this year.

Citing data from the National Housing Authority (NHA), Robredo said that from 2011 to 2016, the number of houses the government needs to provide will shoot up to 5.7 million from the 1.4 million backlog recorded in 2011.

“If you divide the projected backlog of 5.7 million by the number of days in 6 years, you will find that we need to build 2,602 homes per day in the next 6 years. And the clock is already ticking,” she said in a speech at the opening of the Housing Congress on Tuesday, August 16.

Robredo, who is also the chairperson of the Housing and Urban Development Coordinating Council (HUDCC), said a comprehensive housing roadmap has yet to be made to ensure that no funds are wasted.

“We are now finishing a [comprehensive housing roadmap] with the help of the World Bank and the United Nations (UN) Habitat,” she told reporters in Filipino.

Robredo earlier ordered the HUDCC to create a complete inventory of properties available for housing projects and an updated list of those who are in need of housing.

(For me, it’s fine to move at a slower pace as long as the situation is assessed properly so that we don’t waste money.)

The Department of Budget and Management has pegged a P12.6-million allocation for the NHA in its proposed budget for 2017, which was submitted to the House of Representatives on Monday, August 15.

In preparing the roadmap, Robredo is pushing for consultation with stakeholders, especially those who will live in the housing units.

“I don’t just mean getting inputs from key shelter agencies and developers. I mean giving the people themselves who are going to occupy the homes a seat at the table,” she said.

Since Robredo assumed the post of HUDCC chief, she has been visiting communities to consult regarding the development of housing programs. Earlier on Tuesday, Robredo visited a relocation site in Novaliches in Quezon City, which was developed in partnership with a private firm.

Robredo is proposing incentives for businesses in order to attract them to build communities with the government. Businesses, she said, are often discouraged by these projects due to red tape in securing permits.

“We are reviewing the process and it does not create an environment good for the supply and demand side,” the Vice President said in Filipino.