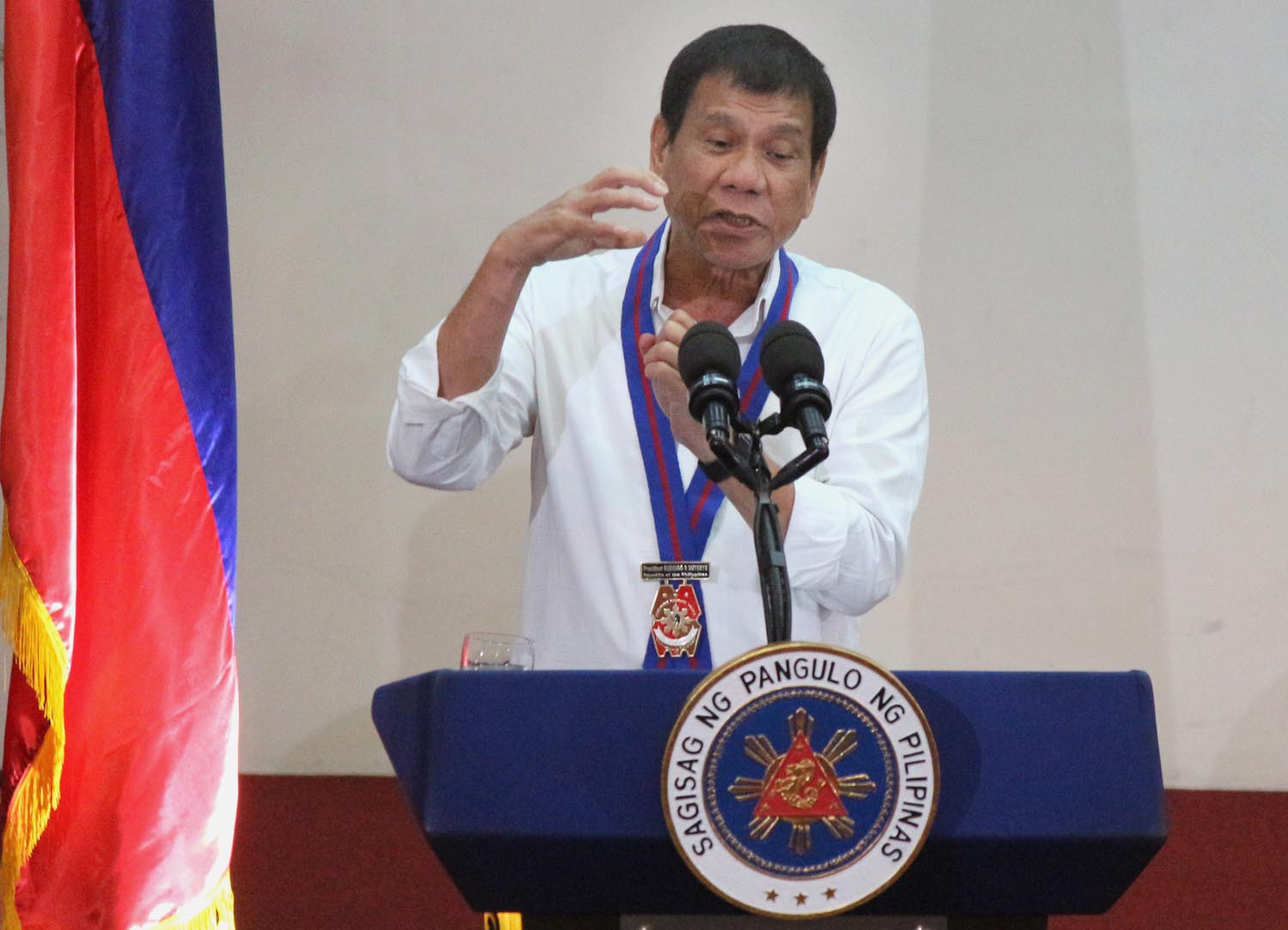 MANILA, Philippines – President Rodrigo Duterte said on Wednesday, August 17, that it was his “duty” as Chief Executive to name Senator Leila de Lima as the female government official he had just attacked in a speech in Camp Crame that day.

Asked in a news briefing at the Ninoy Aquino International Airport Terminal 3 if he could name the lady senator he had just slammed in his address to the PNP, Duterte said: “I can. Because it’s part of my duty. Okay naman ako (I’m okay with that). You want to know the name? De Lima.” (READ: Duterte attacks ‘politicking, posturing’ De Lima)

In response to an earlier question, Duterte said that the senator had attacked him first.

“You libeled me, you slandered me. I kept quiet because you are a lady. Sumobra ka na (But you went too far). Well maybe you won on the platform of human rights. Ang bugok namang Pilipino naniwala sa iyo. ‘Yung bumoto lang din sa iyo. Hindi naman lahat e (These stupid Filipinos believed you. But only those who voted for you. Not everyone did),” he said.

Duterte described De Lima as a “crusading lady of human rights” who acted as if she were the “conscience” of the nation.

Responding to Duterte’s allegations, De Lima said the President should have double-checked the source of his information, and said that what the Chief Executive did was “very foul” and a case of “character assassination.”

The senator apparently drew the President’s wrath for initiating a Senate inquiry into alleged extrajudicial killings committed in the Duterte administration’s war on drugs, scheduled next week.

Though he had earlier said that De Lima was just “doing her job” as a senator in seeking an inquiry into the killings, Duterte changed his tune last week when he announced in a news briefing that he would “destroy” a lady government official at the right time.

Duterte and De Lima have a long-running word war stemming from the then justice secretary’s investigation of vigilante killings in Davao City allegedly sanctioned by Duterte as Davao City mayor.

In July last year, Duterte had warned De Lima that he had information on her that would “make her cry.” De Lima, justice secretary then, said she had a witness who would testify that Duterte ordered the killings by the Davao Death Squad, a loose group of vigilantes in the city that targets known criminals. (READ: Duterte and Davao Death Squad: ‘Defending the indefensible’)

“Be very careful, you know, weather-weather ang buhay (life is unpredictable),” Duterte said in a speech before the Volunteers Against Crime and Corruption at Camp Aguinaldo then. – Rappler.com