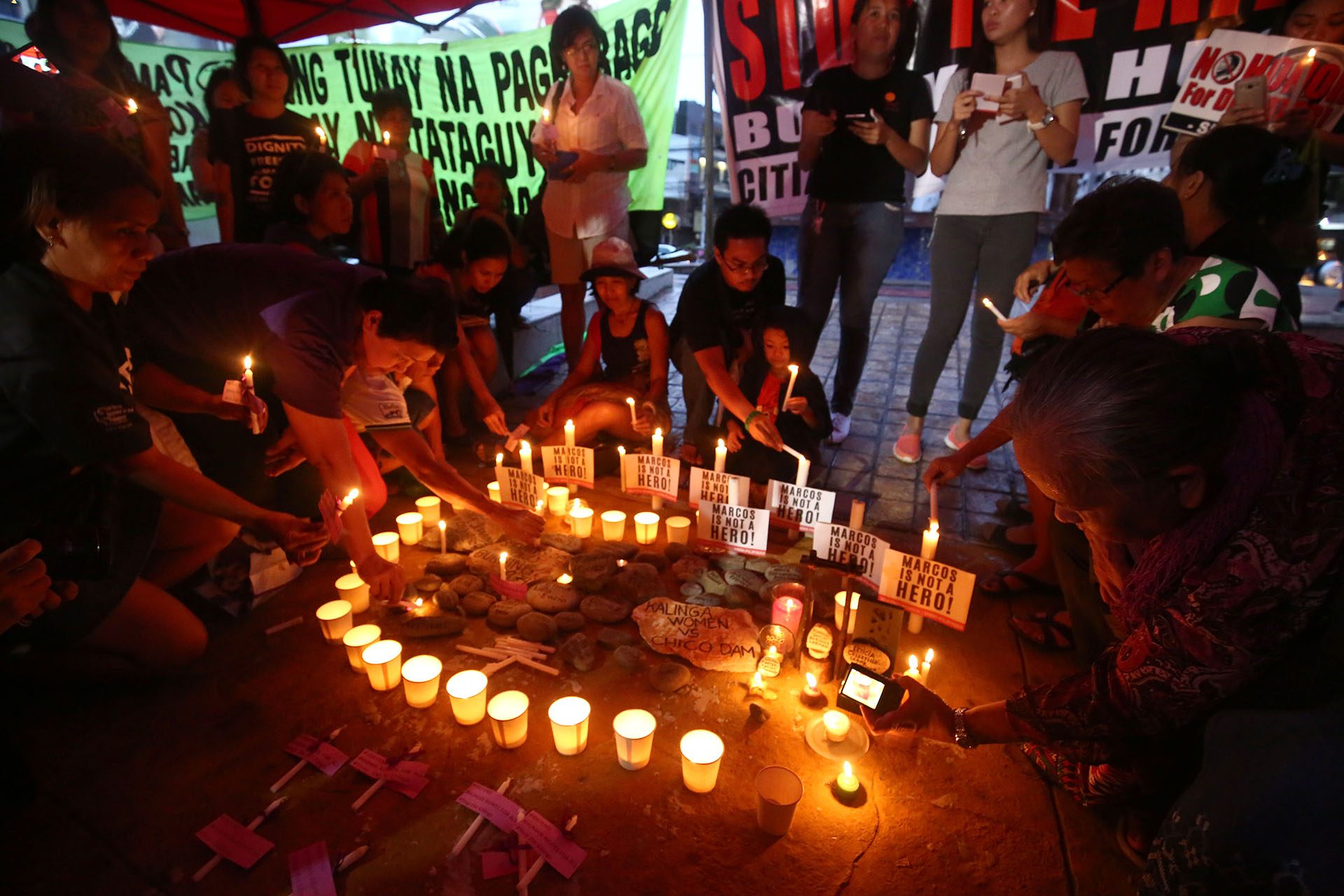 Facebook Twitter Copy URL
Copied
The groups also condemn the spate of extrajudicial killings in the country, saying they are reminded of the dark days of Martial Law

“[We] are angered by the sexist harassment by the current President of Senator Leila De Lima,” said Jean Enriquez, the Philippine coordinator of the World March of Women who led a rally on Thursday evening, August 18.

Duterte on Wednesday, publicly accused De Lima of being an “immoral woman” who has a “lover and driver” who accepted drug money.

Prior to the tirade against De Lima, Duterte hit Sereno for her letter raising concern over the President’s public announcement of judges and other public officials tagged in the drug trade. He has since apologized to the Chief Justice.

“Such attacks by the patriarch tries to send the message that anyone who stands in the way will be disparaged, but not his co-patriarchs,” said Enriquez.

The protesters, composed of mothers and female leaders, also denounced the rising cases of extrajudicial killings, seen as a consequence of the Duterte administration’s war against drugs.

It reminds them of the dark days of Martial Law.

“The killings are reminiscent of the early days of Martial Law, which delivered shock and awe with the targeting first of drug offenders,” Enriquez said.

“We do not want our country to fall back to the dark days of the dictatorship that did not recognize the fundamental rights of its citizens.” The women’s groups also oppose the planned burial of the late dictator Ferdinand Marcos at the Libingan ng mga Bayani as it would “lay to waste the years of struggle of many women who fought and died during Martial Law.”