De Lima ‘willing to be shot’ if drug links proven 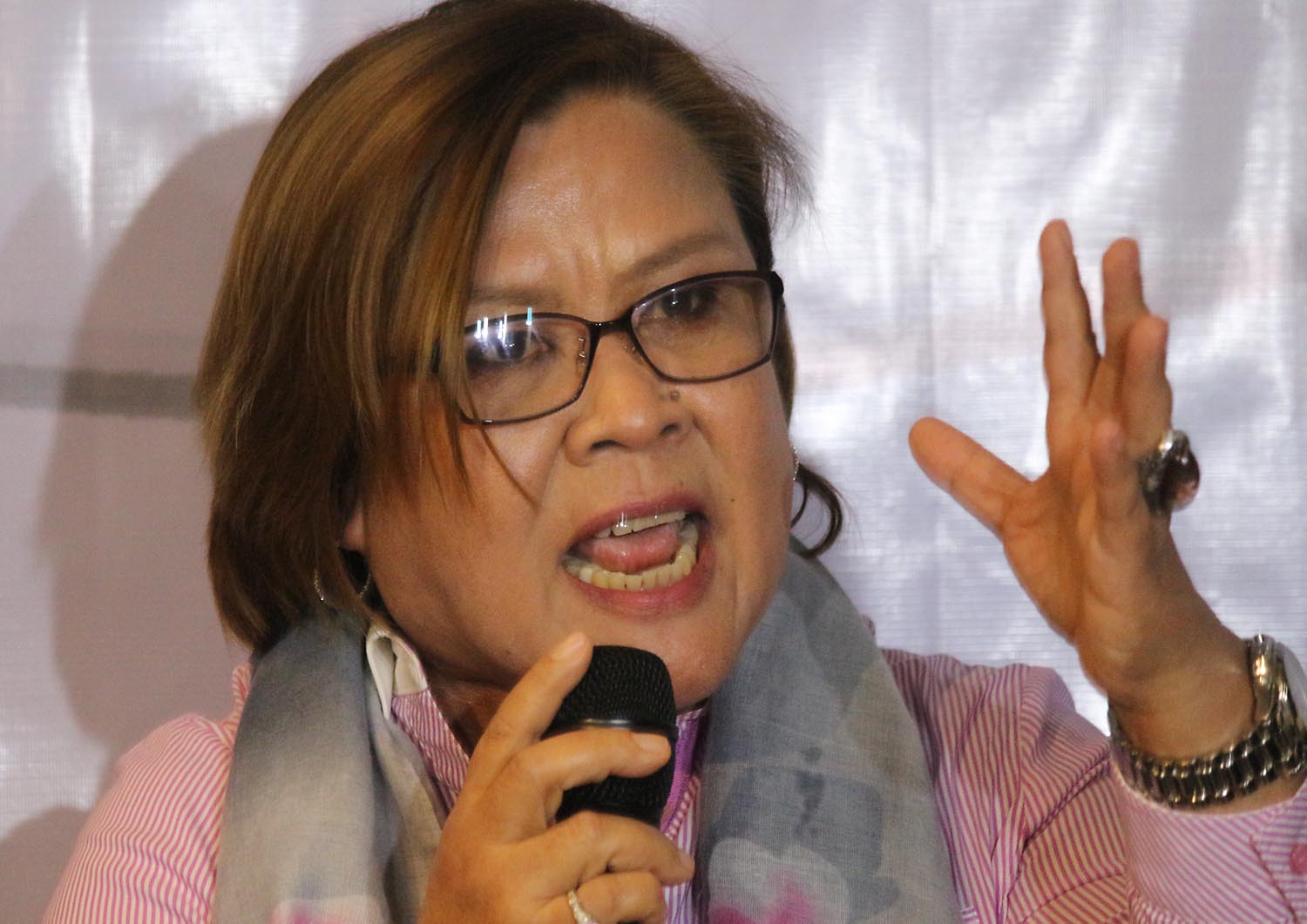 MANILA, Philippines – Senator Leila de Lima on Saturday, August 20, warned President Rodrigo Duterte that he will face humiliation if he continues linking her to illegal drugs.

If her critics prove her links to the drug trade, De Lima said, “I am willing to be shot in front of the President.”

She also sent this warning to critics, including Duterte: “Mapapahiya kayo diyan, at ayoko yang mangyari yang sa inyo (You will be humiliated, and I don’t want that to happen to you).”

The senator said she’s prepared to resign and to be “shot” for as long as the evidence used against her is “not coerced, not fabricated.”

This comes after President Rodrigo Duterte slammed De Lima for being “immoral.” Duterte said De Lima’s driver is her “lover” who accepts money from drug lords detained at the New Bilibid Prisons.

De Lima is set to lead a Senate probe into the recent spate of killings linked to Duterte’s war on drugs.

De Lima earlier denied allegations that she is linked to the illegal drug trade. She said, “That’s an absolute lie. That’s completely false!”

De Lima said on Thursday, August 18: “This is no less than abuse and misuse of executive power. I don’t think the Constitution has ever contemplated such abuse of power on such scale, as it assumes every President to conduct himself in a manner befitting the office he holds. It seems that this is not the case for this President.”

In Saturday’s news conference, De Lima also suggested a witchhunt for evidence against her.

De Lima explained that since the first week after the May 9 elections, she has received reports that some people have been going to the New Bilibid Prisons to look for possible witnesses against her.

She said these people have been trying to talk to certain convicts to claim that she is a coddler of drug pushers.

Her informants told her that critics have also begun investigating people who worked with her under the Aquino administration.