De Lima: I exposed drug use in Bilibid, why probe me? 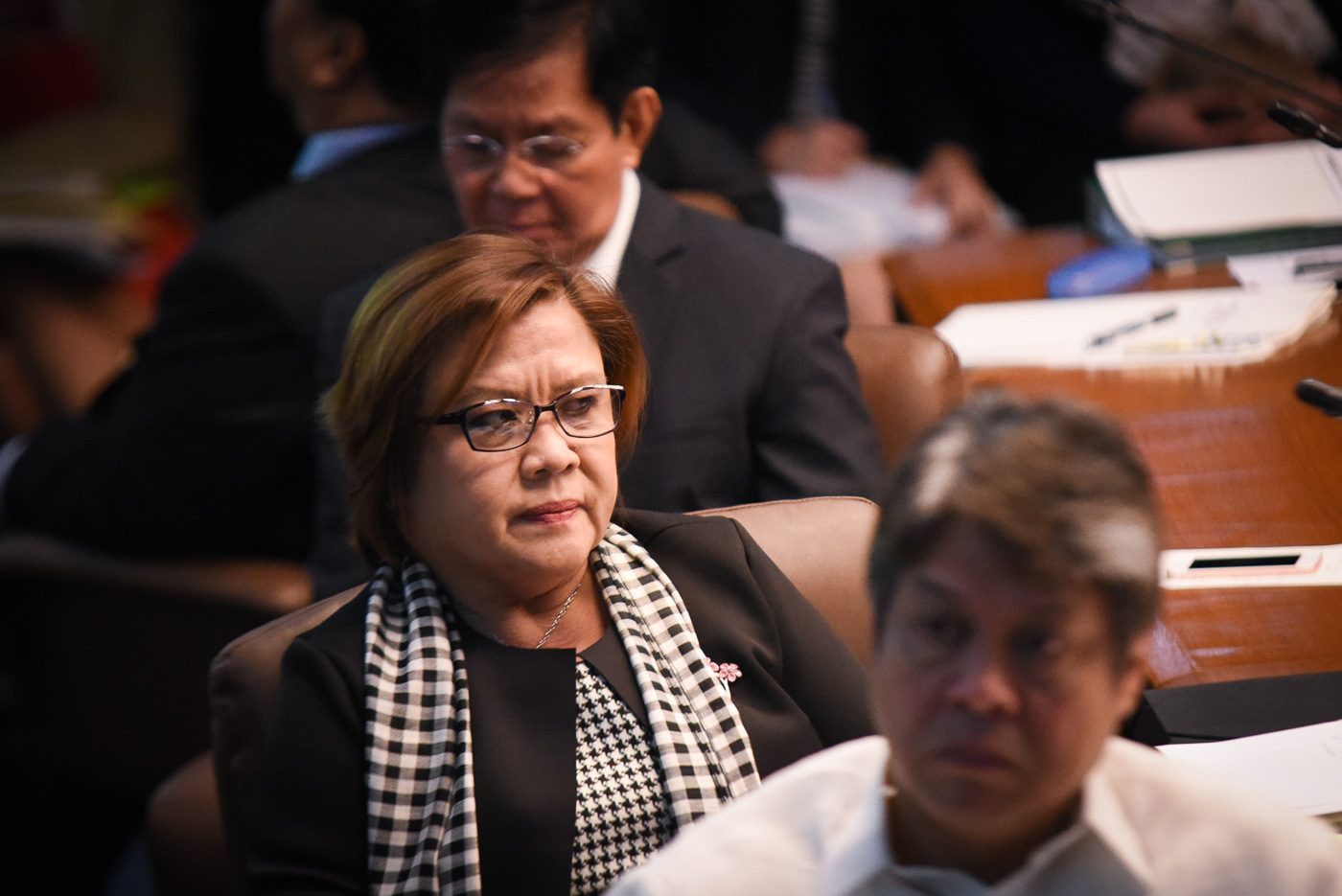 Facebook Twitter Copy URL
Copied
'They know I exerted certain effort, I took some steps after discovering all of these inside the Bilibid,' says Senator Leila de Lima, referring to lawmakers behind a House inquiry into drug use at the Bilibid during the previous administration

MANILA, Philippines – Senator Leila De Lima cried foul over the planned House investigation into the proliferation of drug syndicates in the national penitentiary when she was justice secretary, insisting that she was the one who had exposed it under the previous administration.

For De Lima, there is no “legitimate” need to investigate the matter. After all, she said, the past Congress already looked into the matter, adding that committee members then even inspected the New Bilibid Prison (NBP). (READ: Why anomalies happen in Bilibid)

(I do not like that….I don’t think there is a legitimate matter, subject of an inquiry in aid of legislation. First of all, the committee on justice has long conducted hearings on the events inside the Bilibid after our raid on December 15, 2014. They know the root cause of the happenings inside the Bilibid.)

The former justice chief led a raid inside the NBP, where the government found “luxurious” cells of 19 inmates with cash, weapons, illegal drugs, and other contraband items. (READ: IN PHOTOS: Drug lords, murderers, and high living in Bilibid)

House Resolution Number 105, filed by administration allies led by Speaker Pantaleon Alvarez, came after De Lima refused to back down and decided to continue the Senate probe into the recent spate of drug-related killings.

Asked if she thinks the inquiry is part of political persecution, De Lima said, “I would not know that.”

President Rodrigo Duterte had warned the senator that he would investigate her for her supposed slowness in cracking down on shabu laboratories inside the national penitentiary.

Ahead of the Senate hearing, the President exposed De Lima’s alleged links to the drug trade in the NBP, through her former driver and bodyguard.

Despite this, the neophyte senator maintained she would not back down from the Senate inquiry that she’s leading as chairperson of the committee on justice and human rights. She said the truth is on her side.

“I’ve always been strong, basta nasa side mo ang katotohanan (as long as the truth is on your side). Ganoon naman ako (That’s how I am), I’m used to confronting all challenges,” De Lima said. – Rappler.com