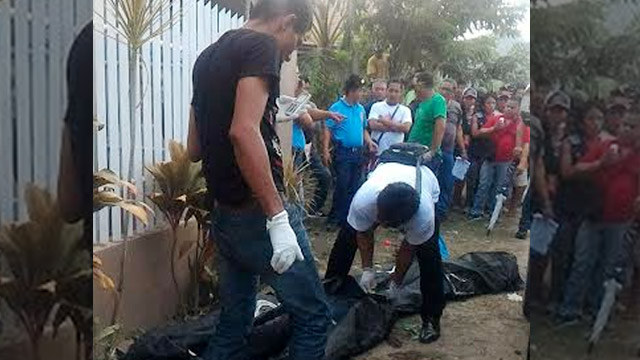 Bato, lawyer of Mayor Rolando Espinosa Sr and Kerwin Espinosa of Albuera, Leyte, was in a car with Bonita, from Fatima Village in Tacloban City. According to PNP Tacloban City Director Senior Superintendent Rolande Bade, the two were killed at around 2:20 pm in Barangay Lumbang 2 in Tacloban.

Mayor Espinosa is suspected of drug trafficking and coddling drug lords after P1.9-million worth of shabu was discovered in a tennis court near his home during a police buy-bust operation in Albuera last Thursday, July 28.

The police are still investigating the incident and trying to establish the identity of the suspects. – Rappler.com