Duterte hits US for killings of ‘black people’

Aug 23, 2016 8:25 PM PHT
Pia Ranada
Facebook Twitter Copy URL
Copied
After the US expresses its 'concern' over drug-related killings, Duterte fights back, saying the US government should also answer for the killings of black people 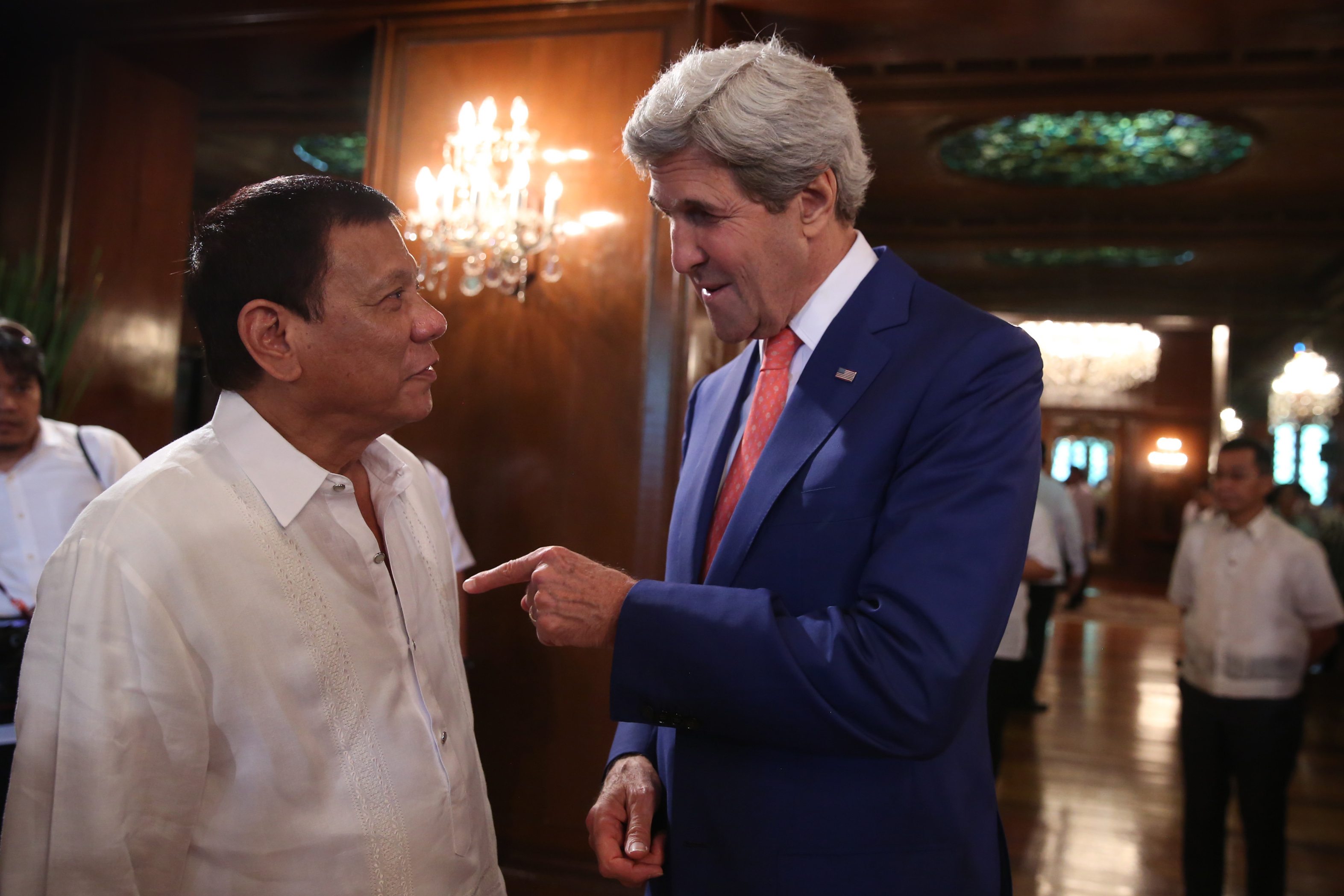 Asked to comment on the US State Department’s “concern” over the drug-related killings, Duterte said: “Yes of course, including us. The Philippine government is worried about what is being done to the black people there in America, being shot even while lying down.”

In a chance interview on Tuesday, August 23, Duterte even said he just might send a “rapporteur” over to the US.

“So I’m going to send my rapporteur also to investigate them,” he said.

Duterte took issue with how United Nations (UN) representatives attributed extrajudicial killings to his administration’s war on drugs while it remained “silent” on the killings of black people in the US.

“I want their rapporteur to come here and tell me what have you done to the poor black people being shot defenseless. Bakit tayo lang? Marami rin sa America, ilan bang namatay doon na itim? (Why just us? Many die in America also. How many black people have died there?)” wondered Duterte.

According to The Huffington Post, black males in the US between the ages of 15 and 34 are 9 times more likely to be killed by police than any other demographic.

In 2015, 258 black people were shot dead in the US, according to The Washington Post.

The predominantly white police force in America is often seen as the reason behind the phenomenon of shootings of black men.

Duterte said if the recent spate of extrajudicial killings is being attributed to his administration, it would only be fair to blame the US government for the killings of black people.

“Why are the blacks being killed on trumped up charges? There’s a hatred there being sowed by their government,” he said in a mix of English and Filipino.

He also slammed the UN for being selective with the countries it criticizes.

“Just because you are white and just because you are there does not give you any superiority at all and form your own paradigm of what country should be investigated and what cannot,” said the visibly angry Duterte. – Rappler.com