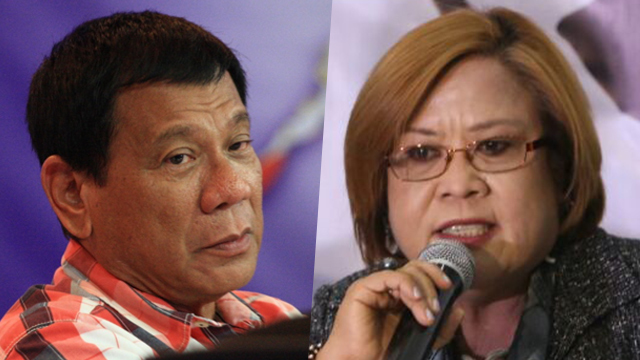 “Dapat ka mag-resign (You should resign), you resign,” said Duterte, addressing De Lima during a short speech on Monday, August 29, in Tacloban City.

Not one to mince words, Duterte even said that if he were in her place, he would take his own life.

“If I were De Lima, ladies and gentlemen, I will hang myself. The innermost of your core as female being serialized every day,” said the President.

He was referring to De Lima’s private affairs, including her supposed romantic relationship with her driver, that are now public knowledge largely due to the President’s announcement during the Philippine National Police service anniversary.

Duterte, who previously blasted De Lima for “immorality,” said the lady senator would make a bad example for women.