Aug 29, 2016 6:35 PM PHT
Camille Elemia
Facebook Twitter Copy URL
Copied
Critics accuse the President's supporters of misleading the public for posting a photo of a 9-year-old girl who was raped and murdered in Brazil in 2014 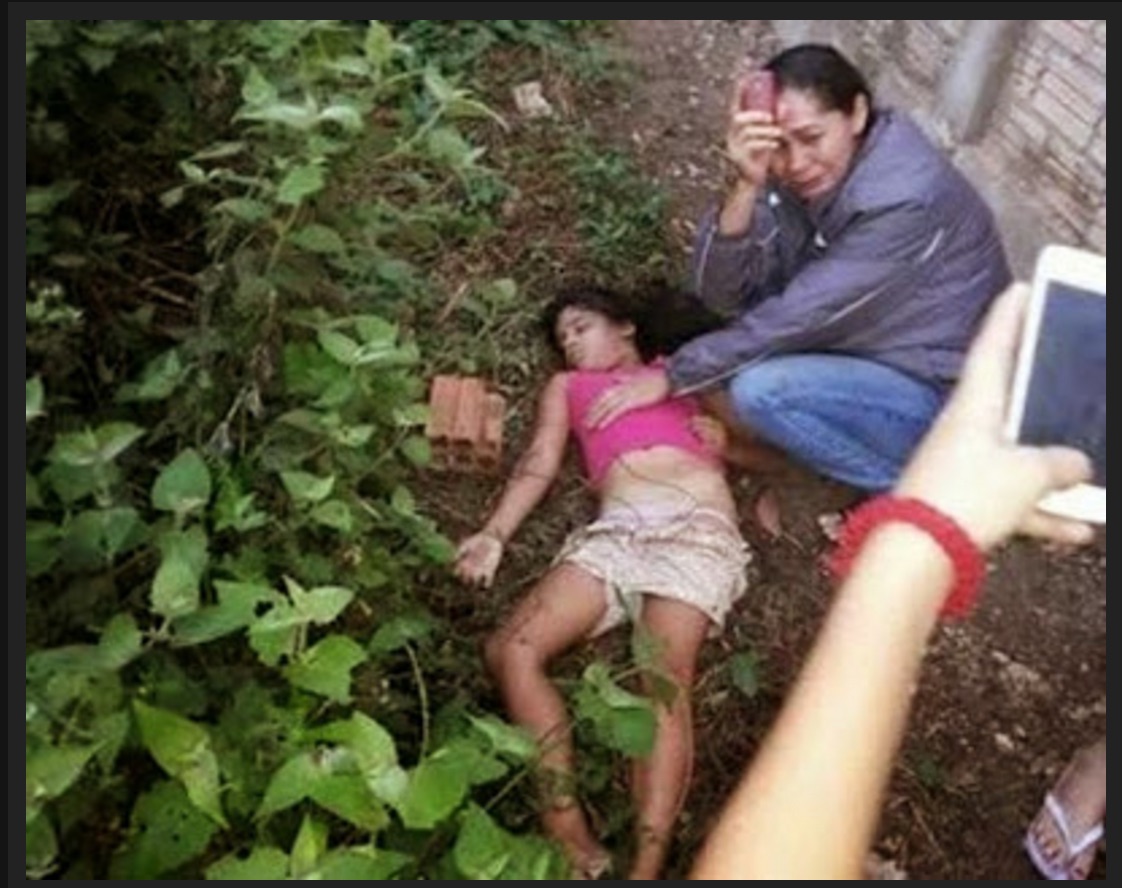 MANILA, Philippines – If you are on Facebook, chances are you’ve seen the above photo on your feed.

Among those who posted it is Peter Tiu Laviña, campaign spokesman of President Rodrigo Duterte, to question human rights critics of the President.

Supporters of the administration have also spread the photo online, with other netizens sharing it as well. It turns out, however, that the photo was not even taken in the Philippines.

In an August 27 post, Laviña denounced human rights, bishops, and “presstitutes” or media outfits critical of the Duterte administration for their supposed silence on the rape and murder of the 9-year-old girl pictured above. 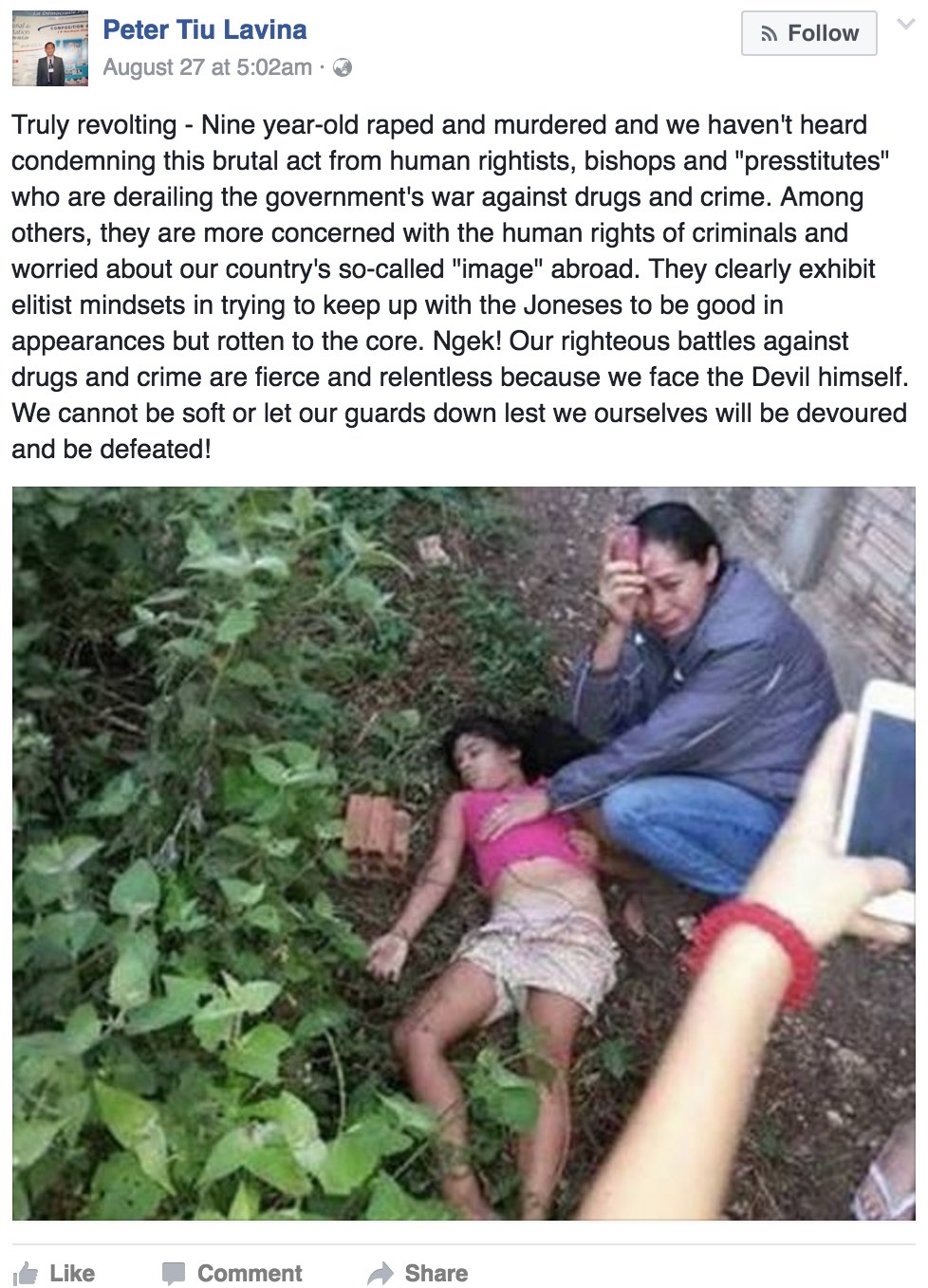 “Truly revolting – Nine-year-old raped and murdered and we haven’t heard condemning this brutal act from human rightists, bishops and ‘presstitutes’ who are derailing the government’s war against drugs and crime. Among others, they are more concerned with the human rights of criminals and worried about our country’s so-called ‘image’ abroad,” Laviña said.

He added: “They clearly exhibit elitist mindsets in trying to keep up with the Joneses to be good in appearances but rotten to the core. Ngek! Our righteous battles against drugs and crime are fierce and relentless because we face the Devil himself. We cannot be soft or let our guards down lest we ourselves will be devoured and be defeated!”

But on Monday, August 29, a journalist debunked the viral photo, after finding out that the killing did not happen in the Philippines. The rape and murder of the child actually occurred in the municipality of Altamira in Brazil in December 2014. The victim’s name was Evelin Nicole da Silva Sousa.

A quick check online would confirm the victim’s identity and the crime through legitimate news websites in Brazil.

Critics have slammed the use of the photo, saying it is misleading and Laviña should apologize for “misrepresentation.”

Rappler tried to reach Palace Communications Secretary Martin Andanar for comment. He has yet to respond as of posting.