Duterte willing to talk human rights with Obama? ‘It depends’ 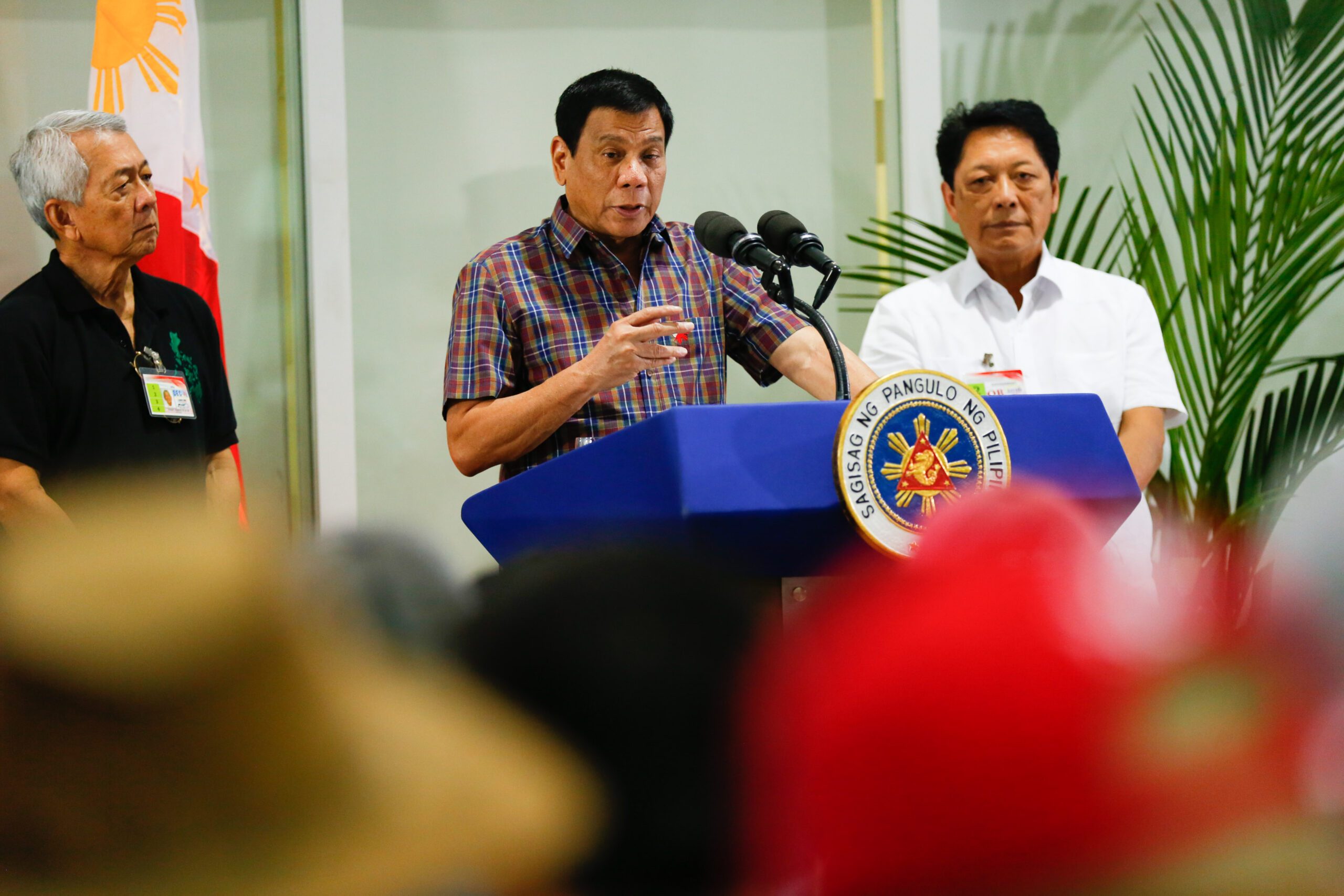 Facebook Twitter Copy URL
Copied
'They must understand the problem first before we talk about human rights,' says President Duterte

MANILA, Philippines – President Rodrigo Duterte is willing to meet with United States President Barack Obama in Laos this September, but is the Philippine leader willing to discuss the alleged human rights violations linked to his war on drugs?

“It depends to what degree,” Duterte said in a media interview at the Ninoy Aquino International Airport Terminal 2, on Wednesday, August 31.

Duterte was there to welcome home over 120 overseas Filipino workers from Saudi Arabia.

Obama and Duterte are set to meet on the sidelines of the Association of Southeast Asian Nations (ASEAN) Summit and related Summits in Vientiane, Laos, in early September. The US president is likely to mention the supposed extrajudicial killings linked to the Duterte administration’s anti-illegal drugs campaign.

Responding to reporters’ queries, Duterte said the US president has to “understand” the situation on the ground first before the two leaders can discuss the topic.

“He must – because they must understand the problem first before we talk about human rights. I would insist, ‘Listen to me, this is what the problem is,’ then we can talk about that. No problem,” Duterte said.

In his recent speeches, Duterte has expressed anger at the international community for blaming his government for extrajudicial killings which he said is the work of drug syndicates and other criminals and not authorities.

Duterte has said he is taking responsibility for all deaths that happen during anti-drug operations by law enforcers but not the mysterious summary killings related to drug suspects, observed to have spiked since he assumed office.

He also defended his public naming of supposed drug personalities as his “duty,” even as critics say the move marks those named as targets of killers.

Asked if he wanted to bring up any topic with Obama, Duterte said he had “nothing” in mind at the moment.

Preempting a question about possibly discussing the West Philippine Sea (South China Sea) dispute, Duterte said, “At this time, I’m talking with China, and China wants to talk to me, bilateral.”

But the timing and content of the formal talks with China is a “Cabinet decision,” he added.

According to the US State Department, Obama is likely to bring up Duterte’s controversial remarks about US Ambassador to the Philippines Philip Goldberg.

The scathing remark against Goldberg, a senior US diplomat, had prompted the US to release a rare list of concerns involving the president of the Philippines, one of America’s strongest allies in the Asia Pacific.

In that statement, the US also expressed its concern over the hundreds being killed through extrajudicial means as Duterte wages a bloody war against illegal drugs.

Duterte is likely to meet other world leaders aside from Obama on the sidelines of the Laos summits. He told reporters in the same event that among world leaders, he looks forward to meeting Russian President Vladimir Putin the most. – Rappler.com