Sep 2, 2016 6:00 PM PHT
Agence France-Presse
Facebook Twitter Copy URL
Copied
'For customers who already have Galaxy Note7 devices, we will voluntarily replace their current device with a new one over the coming weeks,' says Samsung 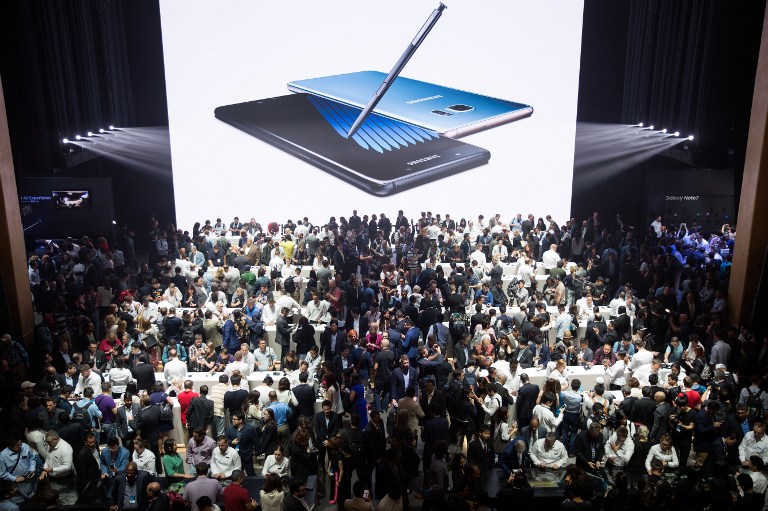 Samsung – the world’s top maker of smartphones and ordinary mobile phones – will also offer new devices for those who have already bought the large-screen smartphone, its mobile chief said.

“We have received several reports of battery explosion on the Note7 that was officially launched on August 19…and it has been confirmed that it was a battery cell problem,” Koh Dong-Jin told reporters.

Samsung has so far sold one million units of the Note7 in countries including South Korea and the US.

So far 24 of them have been confirmed to have faulty batteries, Koh said, adding he was “deeply sorry” over the incident.

Since late last month, several users have posted photos and videos on social media showing the charred Note7 with part of its 5.7-inch touchscreen burnt and melted, saying it suddenly caught fire.

Growing safety concerns over the Note7 have forced Samsung to suspend its shipments at home and delay its planned release this month in several European countries including France.

In the Philippines, retail availability was moved from August 20 to an indistinct date in September, although it has been clarified that the delay was caused by a supply issue.

In an official statement from the Samsung Newsroom, Samsung also promises to have Note7 units replaced: “For customers who already have Galaxy Note7 devices, we will voluntarily replace their current device with a new one over the coming weeks.” – With reports from Gelo Gonzales/Rappler.com