At least 14 killed in Davao explosion

Sep 3, 2016 8:58 AM PHT
Rappler.com
Facebook Twitter Copy URL
Copied
(UPDATED) The explosion at a Davao City night market has injured over 60 people, including a pregnant woman who is in intensive care 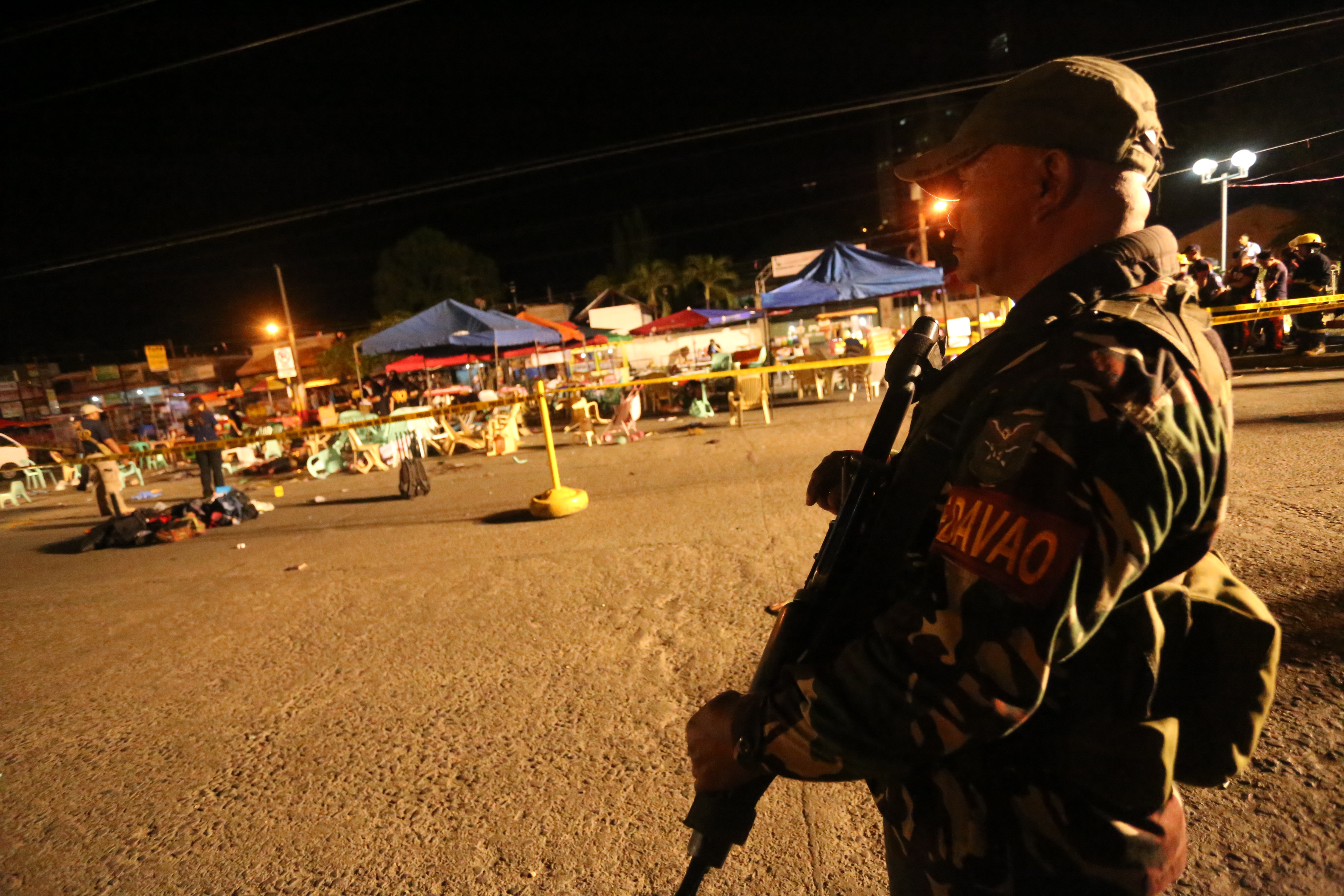 The casualty count was at 12 late Friday night. (For updates on the Davao blast, check Rappler’s live blog)

Over 60 were injured by the blast and were being treated in different hospitals, including a pregnant woman who remained under intensive care.

Officials of the Southern Philippines Medical Center said 16 victims were in critical condition. Pieces of shrapnel were found in the victims, they said.

Among those killed were Eufemia Vizcocho, who died on the eve of her birthday, according to a dzMM report.

Many of the casualties were reportedly attendants and customers at the massage parlor near the night market.

Davao City Mayor Sara Duterte-Carpio assured the families of the victims that the city government will help them in hospitalization, burial, funeral and day-to-day expenses.

“We will not be terrorized by this heinous crime and I call on all Dabawenyos to unite and let us help each other rise from this senseless incident. Let us remain vigilant, please report any and all suspicious activity, no matter how insignificant it may seem,” she said in a statement.

The mayor also gave a reminder to “other officials” whom she did not specify, to “stay within the bounds of their official duties according to their position.”

“Please leave me in peace to do my job and I’ll leave you to focus on your own work,” she said.

The mayor said the city government will hold a memorial  for the victims at 4 pm on Saturday at the explosion site.

Terrorist group Abu Sayyaf claimed responsibility for the attack, saying it is a “call for unity” among Islamic guerrilla fighters called the mujahideen. – With reports from Editha Caduaya/Rappler.com