CBCP on Davao blast: Respond with peace, not vengeance 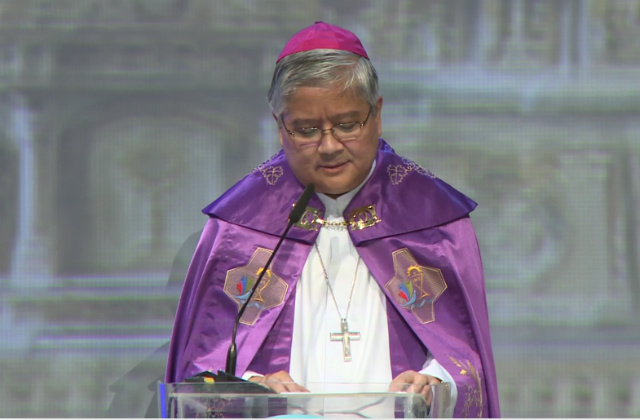 MANILA, Philippines – The Catholic Bishops’ Conference of the Philippines (CBCP) on Saturday, September 3, called for peace after an explosion killed at least 14 people in a night market in Davao City.

In a statement, CBCP president Lingayen-Dagupan Archbishop Socrates Villegas said, “Let not vengeance be our response but peace!”

“Violence shocks us. Acts of terrorism jolt us. When fellowmen die, a part of our humanity dies, too,” Villegas said on Saturday.

“We pray for peace for the dead victims. We pray for healing for the wounded. We pray for strength for the bereaved families. We pray for the restoration of brotherhood and harmony for Davao and for the nation,” he said.

“Gandhi said: I object to violence because when it appears to do good, the good is only temporary; the evil it does is permanent,” Villegas added.

Villegas also said the CBCP remains “in prayerful communion” with Davao Archbishop Romulo Valles, who is also the vice president of the CBCP, as well as Filipinos in Davao City.

“We grieve too over the death of innocent brothers and sisters due to the bombing past midnight,” the CBCP president said.

The explosion, which killed at least 14 people and injured more than 60 others, happened at the Roxas Night Market in Davao City on Friday, September 2.

The blast prompted President Rodrigo Duterte, former mayor of Davao City, to declare a state of lawlessness in the country.