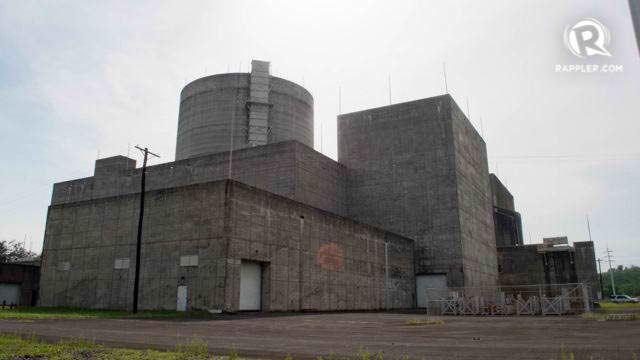 MANILA, Philippines – The Department of Energy (DOE) said the government needs to get the people’s approval before the controversial Bataan Nuclear Power Plant could be opened.

“So with the directives of the Secretary [Alfonso Cusi], there is no clear direction on reopening the Bataan Nuclear Power Plant. It has to be subjected or submitted to national consensus,” DOE Undersecretary Donato Marcos told congressmen during the agency’s budget hearing on Monday, September 5.

Marcos said this was the agreement among the member-countries of the International Atomic Energy Agency at the International Framework for Nuclear Energy Cooperation Conference, which the Philippines hosted from August 30 to September 1 at the Diamond Hotel in Manila City.

The undersecretary explained that Cusi, who is joining President Rodrigo Duterte in his trip to Laos this week, wanted the conference to serve as forum for members to address common issues involving nuclear power energy.

“Second, that’s why we invited so many stakeholders for this program is for social awareness, to really [determine] if there is social acceptability when it comes to nuclear [power]. And third is coming up with an output that may serve as indicator or somewhat information [on] what the nation really feels about the nuclear power plant,” said Marcos.

He did not specify, however, how the DOE plans to go about getting a national consensus on the contested Bataan Nuclear Power Plant.

Former President Ferdinand Marcos’ administration saw the creation of the plant following the oil shocks in the 1970s.

But after the late dictator was toppled during the 1986 EDSA People Power Revolution, his successor President Corazon Aquino transferred the nuclear plant’s assets to the government without operating it.

Activists and environmentalists were concerned that the Bataan Nuclear Power Plant was constructed too close to earthquake fault lines as well as an active volcano.

The power plant was also mothballed in the wake of the 1986 Chernobyl nuclear disaster in Ukraine, firming up the government’s decision not to commence operations at the time.

But pro-nuclear energy advocates argue that reviving the mothballed plant is a cheaper alternative for the Philippines. (READ: Why revive the Bataan Nuclear Power Plant?)

The money will be used to attain the required energy supply level in the country, achieve sufficient electrification, as well as promote and achieve sustainable production and consumption of energy.