Sep 6, 2016 3:49 PM PHT
Pia Ranada
Facebook Twitter Copy URL
Copied
(UPDATED) The document containing the list is so thick that he hasn't finished validating all the names in it, President Rodrigo Duterte claims. Former President Ramos denies it came from him. 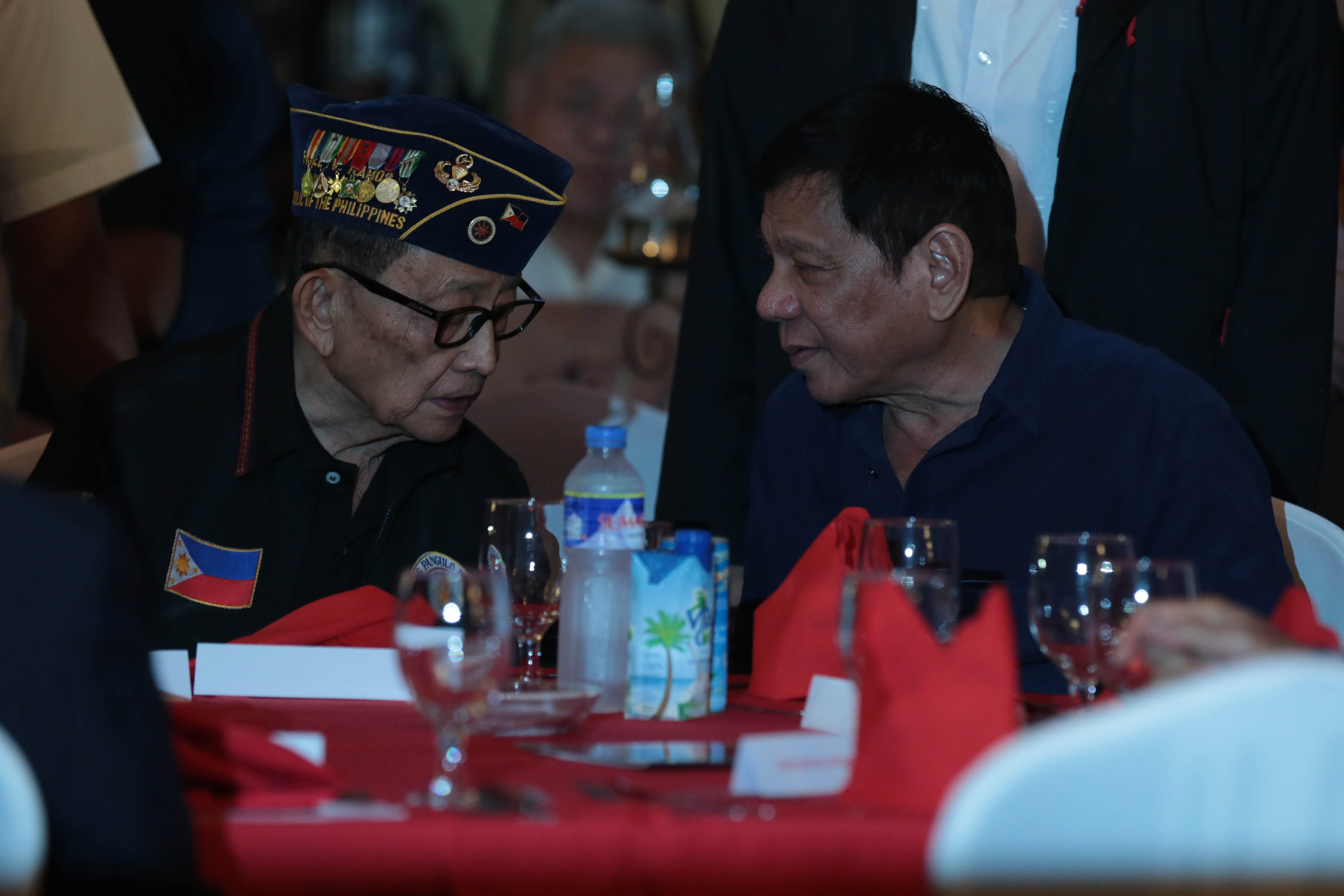 This is what Duterte told Filipinos based in Vientiane, Laos, when he addressed them  Monday night, September 5.

Ramos denied this a week later, in his column in the Manila Bulletin.

“DON’T BELIEVE THAT FVR VISITED MAYOR DU30 IN DAVAO CITY 4 TIMES AND GAVE THE MAYOR ‘A THICK LIST OF DRUG LORDS.’ NO WAY!!!” reads the article.

Duterte – in Laos for the Association of Southeast Asian Nations (ASEAN) Summit and related Summits in September – was sharing how Ramos, before the 2016 campaign season, visited him 4 times in Davao City to supposedly convince him to run for president.

(He said, “You alone can stop this.” Then he showed me a list of – they were there, the generals – into drugs.)

Duterte said the list given by Ramos is so thick he hasn’t even finished validating all the names.

“Pati pulis, gano’n kakapal. Hindi ko pa binitawan ‘yung iba kasi vina-validate ko pa,” he said. (Even the police [linked to drugs], it’s so thick. I haven’t released some of the names because I am still validating.)

The President has released a list of around 160 government officials with alleged drug links, 5 police generals allegedly protecting drug syndicates, and 3 Chinese nationals who allegedly continue to direct drug trade even if some of them are inside prison.

Duterte has said he believes it his “duty to the Filipino people” to publicize all this information.

He and his Cabinet appointees have said the list is based on intelligence from a variety of sources, including law enforcement and intelligence agencies. – Rappler.com