Sep 7, 2016 11:19 AM PHT
Pia Ranada
Facebook Twitter Copy URL
Copied
The President warns of the Catholic Church's impending irrelevance and says in his new 'religion,' nothing is prohibited 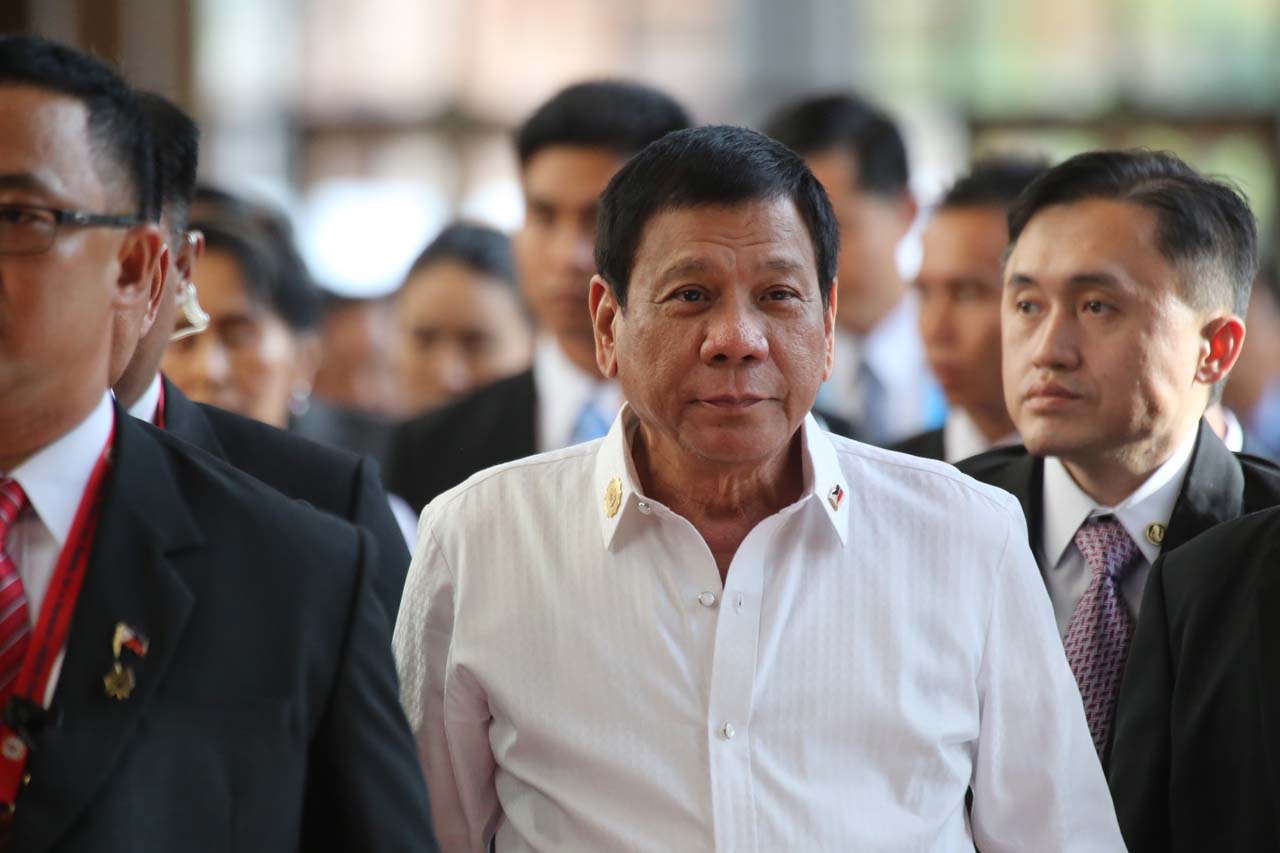 MANILA, Philippines – President Rodrigo Duterte, ever irreverent, warned of the Catholic Church’s impending “irrelevance” and invited people to instead join the “Iglesia ni (Church of) Duterte.”

“There are things which the Catholic Church must change or else it will – by the end of this, 3 decades from now, it becomes irrelevant. Dito na lang kayo sa bago, Iglesia ni Duterte, maganda ito (Just join this new one, Iglesia ni Duterte, this is good),” the Philippine President joked on Monday, September 5, during a meeting with the Filipino community in Laos.

Duterte is in Vientiane, Laos, for the Association of Southeast Asian Nations (ASEAN) Summit and related summits.

After first asking if there were any priests in the audience, Duterte criticized the Catholic Church for using the fear of hell to impose restrictions on the lives of its followers.

(What I don’t like really is how it makes you fearful. When we are small, we are told we will go to hell, whatever, we will burn in hell.)

The “Iglesia ni Duterte,” meanwhile, will not be as strict and will condone vices otherwise frowned upon by the religious.

(Nothing is prohibited. You can drink and drink. You can have as many women as you want until your spouse kills you. It’s easy to kill a spouse, your husband, in a “legal” way.)

(Put two extra spoonfuls in their food, have them eat it. In two years’ time, their kidney will fail. Don’t let them go through dialysis, say, “That’s just your luck.”)

Duterte ended this part of his speech by saying he was only, again, joking.

Though raised a Catholic, Duterte has never hesitated to poke fun at the Catholic Church or criticize it as an institution.

He has also jokingly depicted himself as a religious figure, suggesting people call him “Santo Rodrigo” or “Pastor Rody.”

Recently, he even claimed he once considered joining the priesthood.

In the 2016 presidential campaign, he has called leaders of the Catholic Church “hypocrites,” blasted the Church for its sex and corruption scandals, and cursed Pope Francis over Metro Manila traffic.

He has apologized for his remarks about the Pope and even said he would one day fly to the Vatican to personally convey his regrets. – Rappler.com