Sep 12, 2016 2:10 PM PHT
Rappler.com
Facebook Twitter Copy URL
Copied
In the official Malacañang video and transcript of the speech, President Rodrigo Duterte is shown making the claim that he got his 'drug list' from former president Fidel Ramos 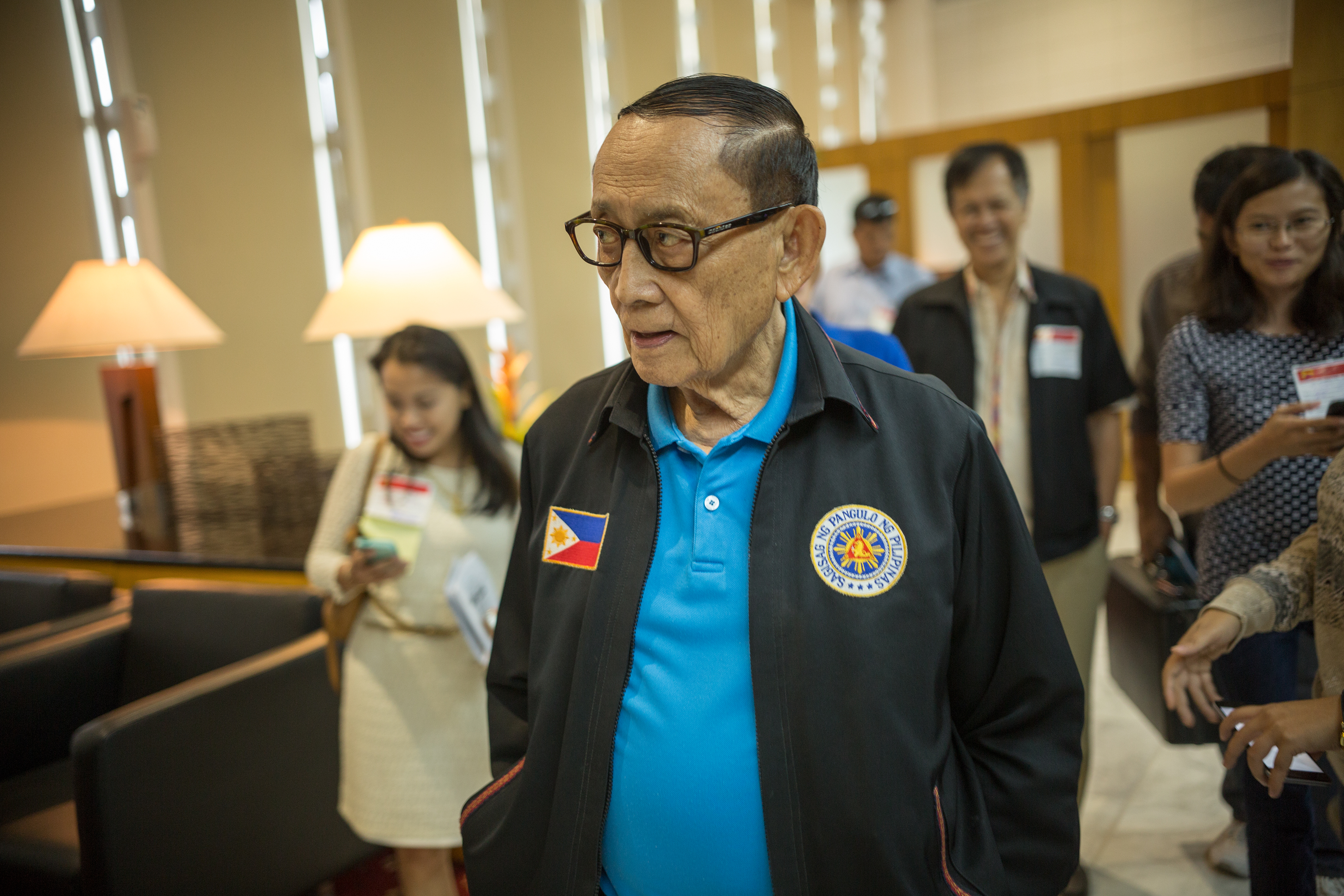 His denial was in a postscript at the bottom of an opinion piece published in the Manila Bulletin on Saturday, September 10.

Ramos was countering claims Duterte made himself during a speech in front of Filipinos based in Laos on September 5.

Malacañang’s transcript and video of the speech show the President making these claims.

(You know President Ramos went to Davao 4 times – 3 times. The first time, he didn’t show anything, he just said, ‘You must run because it’s about time that Mindanao has its own President.’ The discussion was limited to that.

And you can ask him, Ramos is still alive. The second time, he was strongly urging me to run. He said, ‘You are the only one who can stop this.’ Then he showed me a list of…it’s there, generals into drugs, even the police, this thick. I can’t release the names of the others because I am still validating.)

On September 8, Presidential Adviser on the Peace Process Jesus Dureza issued a statement denying Duterte ever made such claims.