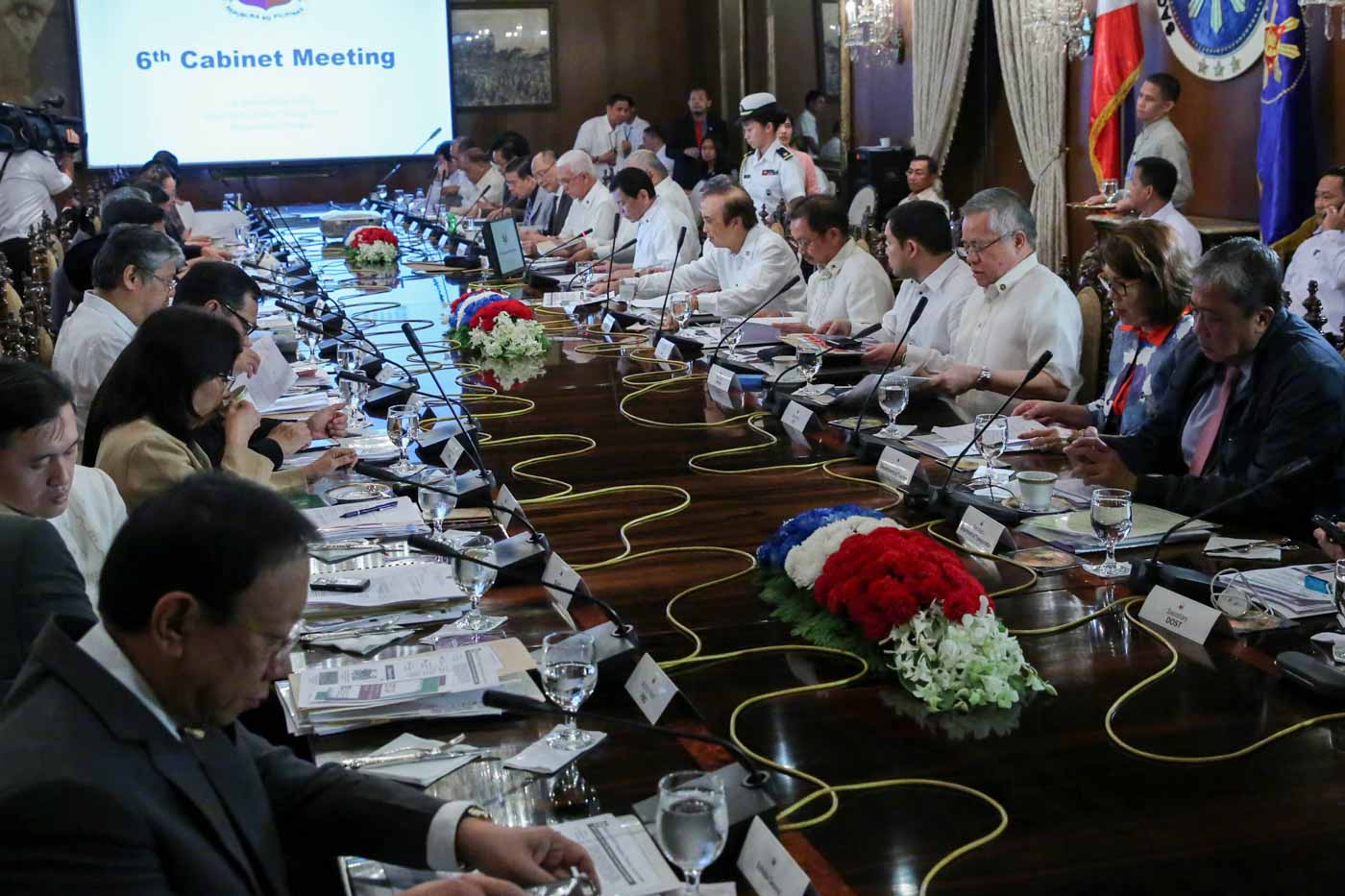 BULACAN, Philippines – The Duterte administration is readying its list of priority bills for submission to Congress, said the newly-appointed head of the Presidential Legislative Liaison Office (PLLO), Secretary Adelino Sitoy.

The priority bills include a new Bangsamoro Basic Law, bills to create a Department for Overseas Filipino Workers and a Department of Housing and Urban Development, the freedom of information bill, and a budget reform bill.

The list was announced by Sitoy on Thursday, September 15, during a Palace press briefing.

The priority bills or legislative actions are as follows:

Some of the proposed measures above are from a list in a memorandum order from Executive Secretary Salvador Medialdea. Others were suggestions from various departments. Some were sourced from Duterte’s first State of the Nation Address (SONA), said Sitoy.

The PLLO’s next steps will be to coordinate with the Cabinet in order to determine which of the listed priority bills are to be deemed most urgent. After this, Sitoy will convey the final list to the Senate and House of Representatives.

“The Cabinet members have to agree among themselves, in coordination with PLLO, on which bills to push among the priorities, and then we communicate the matter to the House and to the Senate,” said Sitoy.

In order to facilitate coordination between the executive and legislative branches for the passage of the priority bills, the Duterte administration aims to regularly convene the Legislative Executive Development Advisory Council (LEDAC).

The LEDAC is a consultative and advisory body to the President for programs and policies that are essential to the administration’s goals for national development.

But during the administration of President Benigno Aquino III, the LEDAC met only twice despite a law that says LEDAC meetings are supposed to happen at least once every quarter.

“We would propose a regular meeting of once every two months,” Sitoy said.

National Economic and Development Authority head Ernesto Pernia previously said the LEDAC would be convened in September or October. – Rappler.com