Duterte on US troops: ‘I never said go out’

Sep 15, 2016 8:45 PM PHT
Pia Ranada
Facebook Twitter Copy URL
Copied
The President says he merely wants the US to 'give us space' to talk peace with Moro rebels in Mindanao 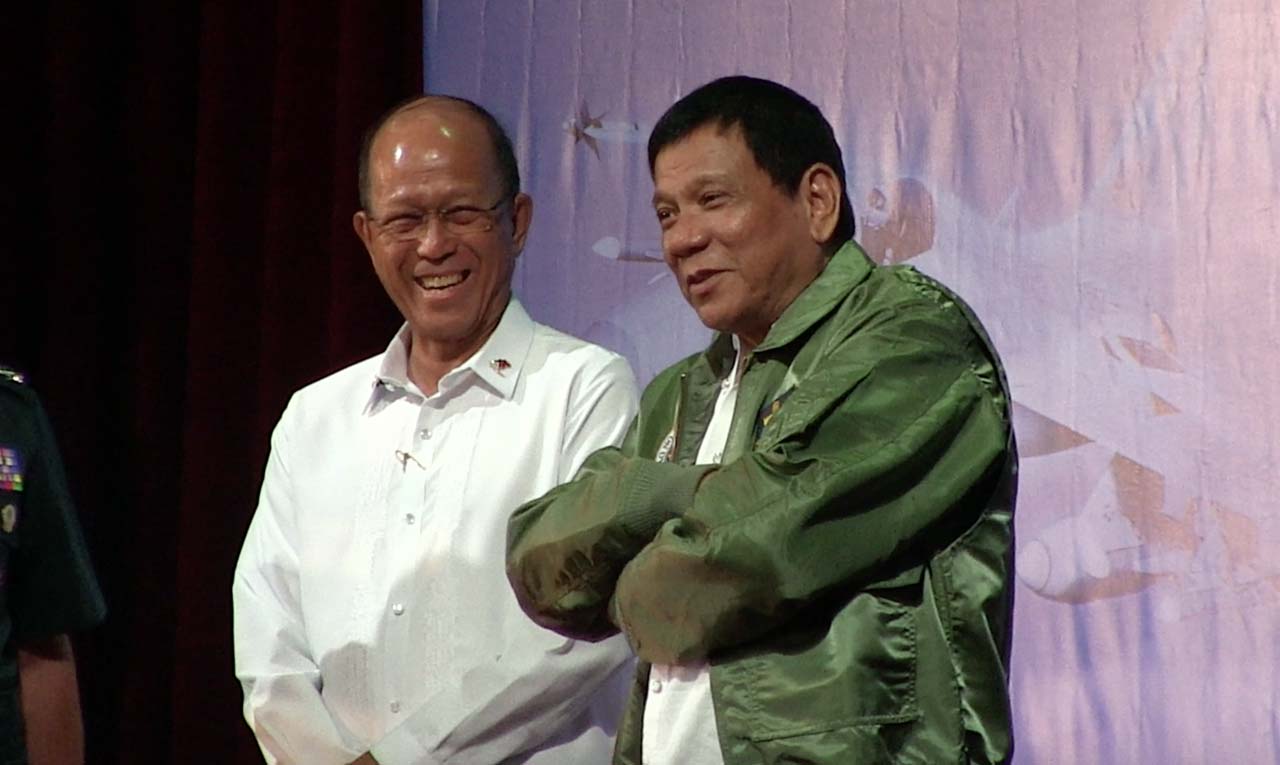 Duterte said he doesn’t want them out of the region right away, but that he might want them out once peace talks between the government and Moro separatist groups are underway.

“I never said ‘go out.’ One day, I might decide, alis muna kayo (you leave first) to give us space to talk,” said Duterte on Thursday, September 15, during a military camp visit in Bulacan.

He had then explained that American troops in Mindanao would make the situation there more tense and could endanger the lives of “white” people in the region.

But in his Thursday speech, he said the presence of US troops would make it hard for the Mindanao peace process to proceed.

He said this was the sentiment expressed by Moro separatist groups to his camp. Right after elections, Duterte claimed to have sent one of his sons to “talk peace” with Moro groups in Mindanao.

(I wanted to talk peace…They said, for as long as the Americans are behind your government, we won’t engage in talks.)

Duterte said such groups still think the Philippine government’s acts are backed up by “Americans’ maneuvering.”

The strong anti-American sentiment of these groups, Duterte said, comes from the abuses and violence perpetrated by American troops to quell Moro insurgents at the start of the 20th century.

Recently, Duterte has been showing images of the bloody aftermath of the Bud Dajo massacre in which around 600 Moros were killed by Americans in Sulu.

He also made headlines worldwide recently for calling US President Barack Obama for not answering for these past atrocities.

Despite this, the President assured the troops, “I’m not against the Americans.”

Duterte also criticized “pretend-to-know announcers” who think massacres of Moros in the American colonial period are no longer relevant.

“It is not one century ago. The fighting  is now one century old! They fall short of their projection. Kaya hanggang ngayon, they see us as an extension of the Spaniards, the Americans. Ang tingin nila, we are the extension of a series of imperialism,” said Duterte.

(That’s why until now, they see us as an extension of the Spaniards, the Americans. In their view, we are the extension of a series of imperialism.)

Peace in Mindanao was among Duterte’s major campaign promises.

A new Bangsamoro Basic Law is among the Duterte administration’s list of priority legislative measures. – Rappler.com