Ambush survivor: ‘Matobato tried to kill me in 2014’

Sep 16, 2016 11:00 PM PHT
Editha Caduaya
Facebook Twitter Copy URL
Copied
A retired agrarian reform adjudicator sees Senate witness Edgar Matobato on TV: 'I clearly remember his eyes, nose, and mouth, every attribute, including his ball cap. He is the same person who tried to kill me on October 23, 2014' 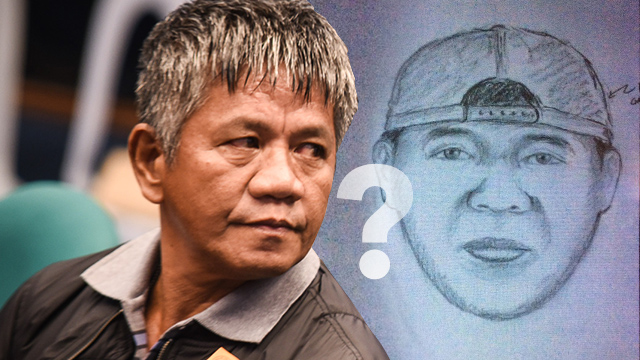 DAVAO CITY, Philippines – A retired agrarian reform adjudicator from the Davao Region identified Edgar Matobato as the gunman who ambushed him 2014, after seeing the suspect appear in a televised Senate hearing on extrajudicial killings on Thursday, September 15.

“I clearly remember his  eyes, nose, and mouth, every attribute, including his ball cap. He is the same person who tried to kill me on October 23, 2014,” he said.

Salcedo said he is consulting his lawyer about possibly filing a case against Matobato.

Matobato testified on Thursday during a Senate committee’s 3rd hearing on extrajudicial killings allegedly related to the Duterte administration’s anti-drug campaign. Saying he was part of the Davao Death Squad that is being linked to Duterte, he alleged that the President, when he was still Davao City mayor, ordered criminals and enemies killed.

The date of Salcedo’s ambush, if indeed it was carried out by Matobato, would be an important point in the current Senate probe, where he is a key witness by Senator Leila de Lima. The incident in Digos was on October 23, 2014. Matobato was supposed to have been admitted to the Witness Protection Program of the Department of Justice, then under De Lima, in September 2014.

Salcedo, at the time an adjudicator at the Department of Agrarian Reform Adjudication Board (DARAB) XI, was aboard the pickup truck of the department when he heard gun fire at the junction of  Bonifacio Street and Bago Aplaya in Digos City,  Davao del Sur. He was on front seat beside the driver.

(When we were at the junction of Bonifacio, I heard a series of gunfire, our vehicle stopped, and my driver ran away. This gunman went to the car and fired shots at me because the  window of the front seat was half open. He put his hand in and fired at me while I was lying inside. I kept  kicking the door until it miraculously opened. I had gunshot wounds, but I managed to ran back to our office, which is just about 30 or 50 meters away from the ambush site.)

Salcedo said he sustained 6 gunshot wounds, and 3 bullets are still inside his body – one in his left knee, one in his large intestine, and the 3rd bullet in his spinal cord.

“I can clearly remember his face because he was so close to me, only the glass window separated us,” Salcedo said in the vernacular.

Salcedo said he was informed that the group who tried to kill him were hired guns, who were promised P400,000 for the operations. He hinted that the motive could be a land dispute.

Sources in the province said an official at the time had been pressuring Salcedo to reverse a ruling over a huge tract of land that was being eyed for a venture with foreign investors.