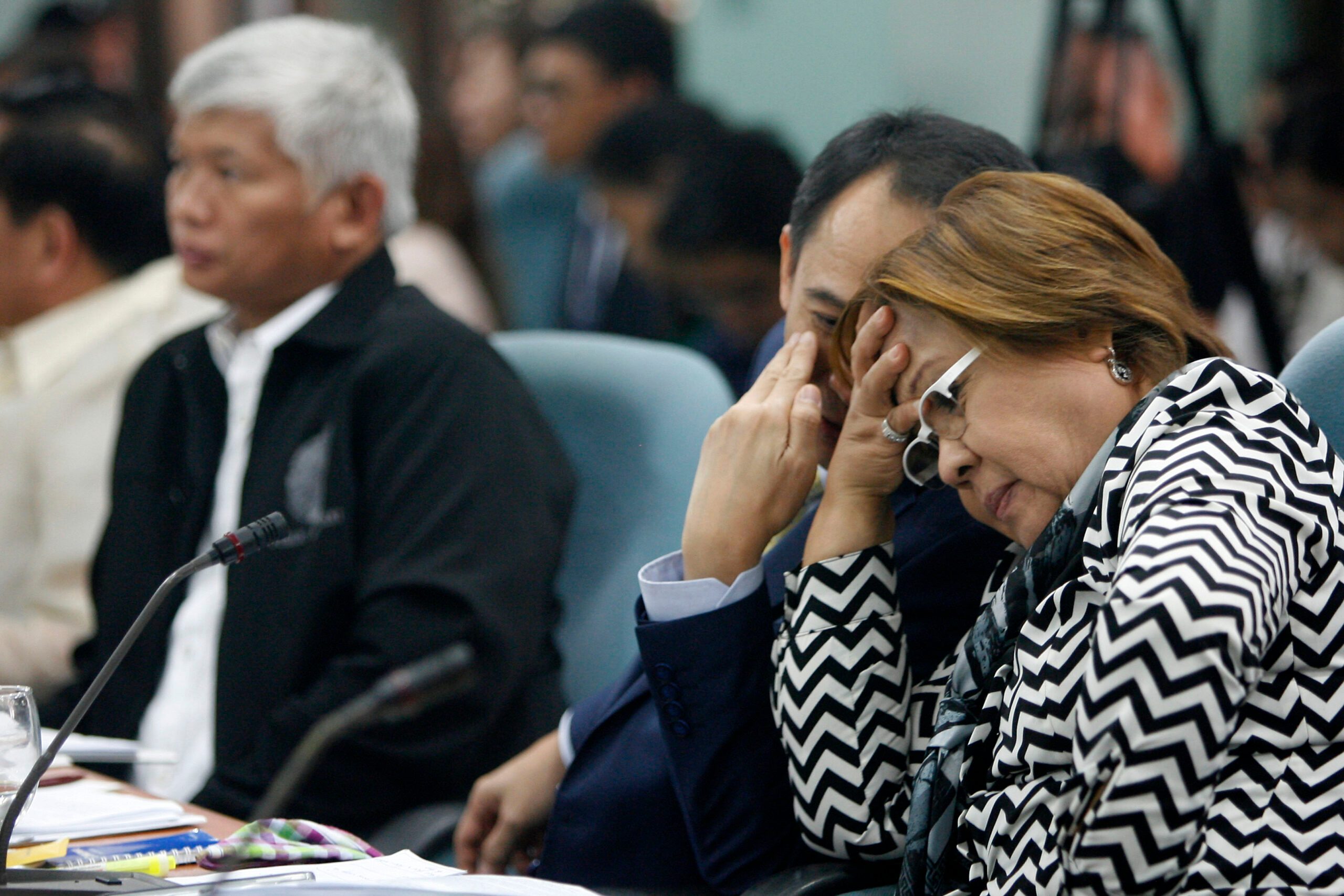 De Lima’s ouster came after she presented in a hearing on Thursday, September 15, Edgar Matobato, a self-confessed hitman of the Davao Death Squad, who accused President Rodrigo Duterte of ordering killings when he was still mayor.

Senator Joel Villanueva, who also ran under the LP banner slate in the 2016 polls, voted against De Lima, who, as justice chief, filed a complaint against him over the alleged misuse of the pork barrel funds.

An hour before the voting, Senator Alan Peter Cayetano – President Rodrigo Duterte’s running mate in 2016 elections – expressed intention to start his privilege speech. But Drilon, De Lima’s party mate, stood up as well and moved that the session be suspended.

With both Cayetano and Drilon insisting on their respective motions, Senate President Aquilino Pimentel III put the matter to a vote. Majority of the senators allowed Cayetano to continue speaking.

Cayetano, in his privilege speech, blamed De Lima and her allies for “misleading” international media on the real status of the extrajudicial killings in the country.

“We might all lose these wars, but the biggest loser will not be Duterte. It will be the economy, the political institutions, and the entire nation. So why sit by and just watch? Why allow our institutions to be used that way?” he lamented.

“There are 24 senators here. There are 30 committees. Senator De Lima is a very talented senator, a very experienced lawyer, an efficient public servant, she can handle so many other committees, Mr President,” Cayetano said.

Neophyte Senator Emmanuel Pacquiao, a party mate of the President, then took the floor and moved that the chamber declare the committee on justice and human rights vacant.

After the voting, Drilon and Hontiveros took turns on the floor to put on record their opposition to the ouster of De Lima.

Recto, meanwhile, manifested that they deemed it best to leave the decision to the majority, as that is not the issue of the minority bloc.

The justice and human rights panel is now headed by Gordon, with Lacson as vice chair.

In his acceptance speech, Gordon said he is “honored” to have been chosen to head the panel. He claimed he did not “lobby” for the position,

Gordon earlier proposed that Congress allows President Duterte to suspend the writ of habeas corpus to fight illegal drugs and terrorism in the country.

De Lima and Duterte have long been at odds over the issue of human rights – while he was Davao City mayor, and she was chairperson of the Commission on Human Rights and then secretary of the Department of Justice.

The lady senator got the ire of Duterte anew for launching a probe into the spate of summary executions related to his administration’s anti-drug campaign.

She is also facing an ethics complaint for her alleged immoral acts and links to illegal drugs inside the national penitentiary.

On Tuesday, September 20, the House of Representatives is set to hold a probe into her alleged role in the proliferation of drugs inside the national penitentiary during her time as justice secretary. The DOJ, now headed by Secretary Aguirre, is set to file criminal charges against De Lima, alleging she received drug money for her senatorial campaign reportedly through her driver-bodyguard. – Rappler.com