Duterte to De Lima: Prove I was behind deaths in Davao 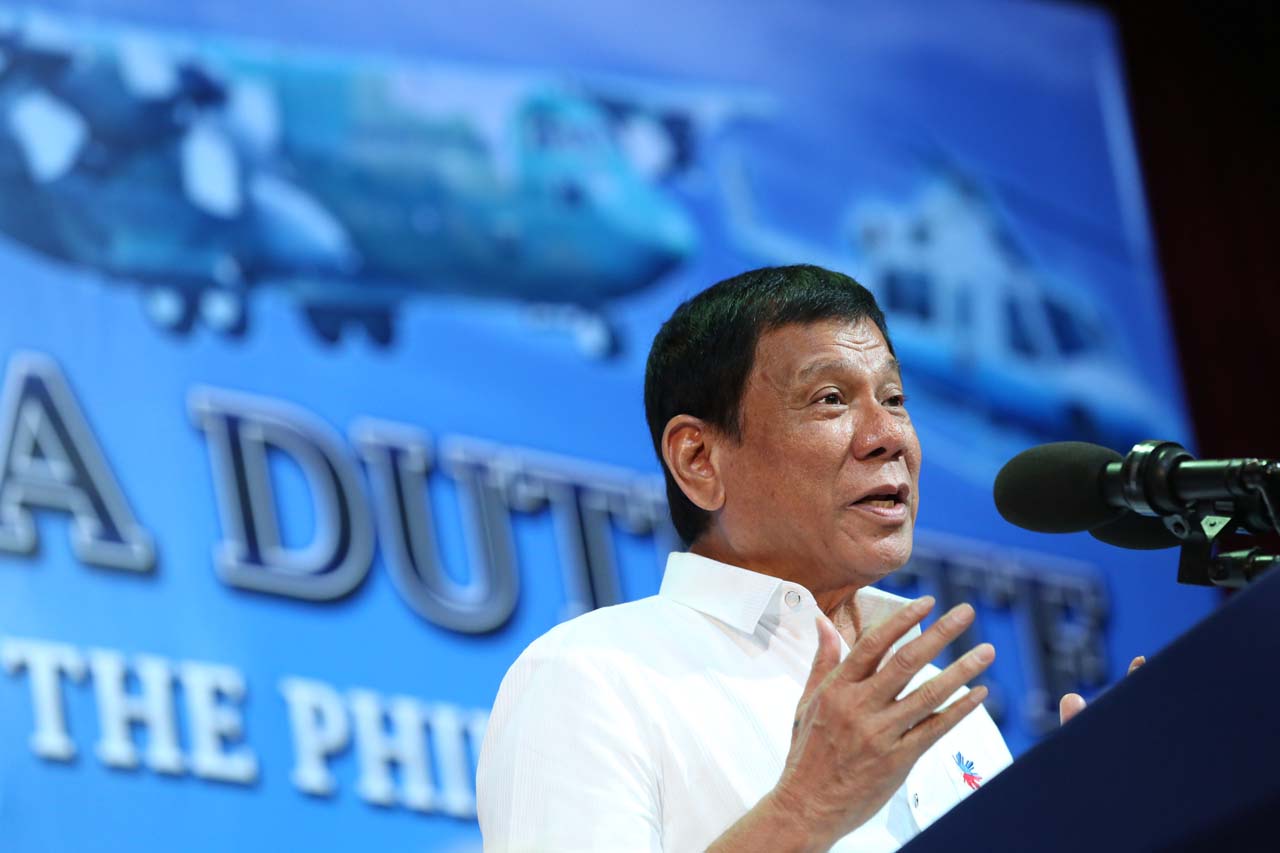 MANILA, Philippines – President Rodrigo Duterte said Senator Leila De Lima has yet to prove he is behind the extrajudicial killings in Davao City, one of the accusations of witness Edgar Matobato during a Senate investigation De Lima helmed.

Though he did not name De Lima explicitly, he spoke of a “Delilah,” a nickname he has used before to refer to her.

The President even invited witnesses to go to Davao City so he can cross-examine them.

Duterte claimed his “enemies” in Davao City are responsible for portraying him as behind the extrajudicial killings.

“Meron dito, mga kalaban ko for whatever reason – kung sino pumatay, it does not really matter – kukunan ng picture and then it was made into a folder with so many folders there, victims of crimes against persons, nasali lahat doon,” he said.

(Here I have enemies who, for whatever reason – it does not really matter who killed them – they will take a picture of the body and then it was made into a folder, victims of crimes against persons, all were included there.)

Duterte said he chose to respond to these past accusations with sarcasm.

(‘You are insane. If I were really a killer, I’ve been mayor here for 23 years, that’s all you can show? I’ve dumped so many bodies in Samal Island, Davao Gulf.’ I raised it to the level of sarcasm.)

But Duterte admitted he has ordered the deaths of certain criminals. Previously, he had already admitted to ordering that criminals be shot if they posed a threat to law enforcers.

(I said, get out if you’re into drugs, murder for hire. Get out because if you don’t, I’ll kill you and in the process I had many killed, no problem there.)

Specifically, he criticized members of the European Parliament for using his threats as proof that he is behind the recent spate of extrajudicial killings.

Simply threatening criminals is not a crime, Duterte added.

“Look at these idiots, they’re using a phrase, a narrative of my speeches before threatening criminals. Now let me ask you stupid lawyers of the other countries, is there a law in the Philippines that would make it illegal for a mayor, president, or governor to threaten criminals?” he said.

Duterte chose to issue his challenge to De Lima the day after she was ousted as chair of the Senate committee on justice. As such, she will not be presiding over future hearings on extrajudicial killings.

Senators who voted to oust her said she was too “anti-administration”, thus supposedly compromising the impartiality of the investigation.

Duterte’s challenge also comes on the first day of a House probe into De Lima’s alleged involvement in the Bilibid prison drug trade. De Lima claimed the probe, launched by Duterte’s allies in the House, is meant to discredit her. – Rappler.com