Sep 25, 2016 8:00 AM PHT
Paterno Esmaquel II
Facebook Twitter Copy URL
Copied
This is based on a confidential cable by US ambassador Kristie Kenney, quoting statements from then CHR regional director Alberto Sipaco Jr 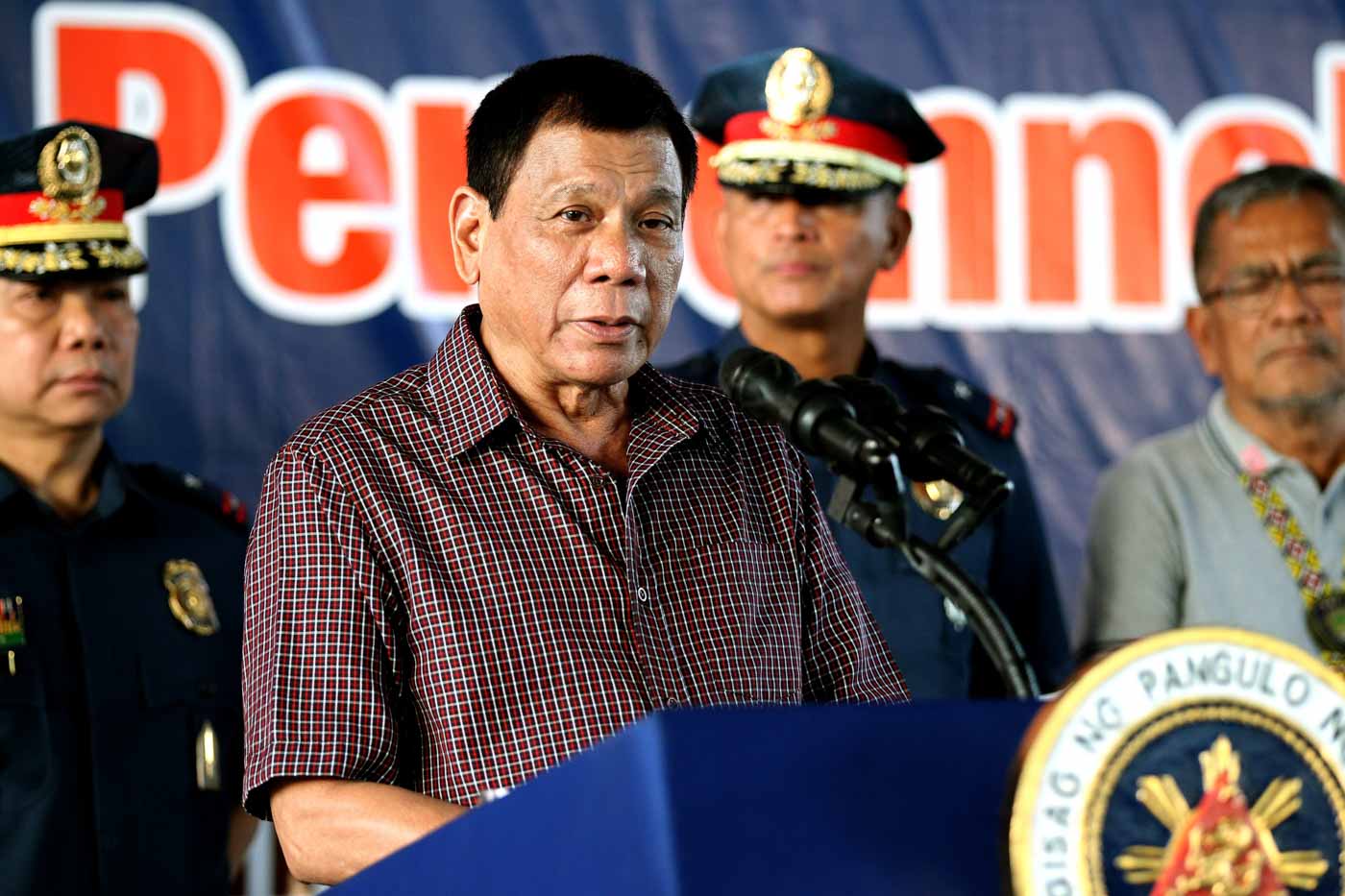 MANILA, Philippines – President Rodrigo Duterte dared Senator Leila de Lima on Tuesday, September 20, to prove that he was behind extrajudicial killings in Davao City when he was the mayor there.

A confidential cable dated May 8, 2009, which was published by WikiLeaks, said that Duterte once “admitted complicity” in vigilante killings in Davao City.

Kenney wrote: “Commission on Human Rights regional director Alberto Sipaco (strictly protect) at a private meeting affirmed that Mayor Duterte knows about the killings and permits them. Recounting a conversation he once had with Duterte, who is his close friend and former fraternity brother, Sipaco said he pleaded with the Mayor to stop vigilante killings and support other methods to reduce crime, like rehabilitation programs for offenders.”

“According to Sipaco, the Mayor responded, ‘I’m not done yet,'” Kenney said.

Sipaco reportedly said he “repeatedly attempted to reason with Duterte that the killings were unlawful and detrimental to society, but Duterte refused to broach the issue.”

“Sipaco expressed a sense of helplessness over the killings, as well as concern for his personal safety, but acknowledged that the CHR was taking its mission in Davao very seriously,” Kenney said.

The group that leaked the cable, WikiLeaks, is a giant library of more than 10 million documents and other papers. It was founded by Julian Assange, an Australian computer programmer, in 2006. While governments avoid confirming WikiLeaks documents, they rarely deny the authenticity of the leaked documents there.

Sought for comment, the US embassy in the Philippines refused to confirm this cable from WikiLeaks.

Molly Koscina, press attaché at the US embassy, said in an email to Rappler on September 20, “We do not comment on the substance or authenticity of materials, including allegedly classified documents, which may have been leaked.”

Rappler sought a comment, too, from Communications Secretary Martin Andanar on September 20 about this WikiLeaks cable. Andanar acknowledged our request on the same day, but has not sent a statement as of posting time.

Rappler also emailed Sipaco on September 20 and September 21, using the email address provided by his former office, CHR Davao. Sipaco has not responded to our emails as of posting time.

Sipaco was Duterte’s schoolmate, having graduated from San Beda College, according to an article by the Philippine Daily Inquirer.

(Lex talionis refers to “the principle of retributive justice based on the Mosaic law of ‘eye for eye, tooth for tooth,'” the Merriam-Webster Dictionary says.)

In a letter dated January 15, 2016, Aileen Maqueda of the Ombudsman Field Investigation Office quoted from the “final disposition” of the complaint against Duterte over the so-called Davao Death Squad (DDS).

The final disposition states: “There being no evidence to support the ‘killings attributed or attributable to the DDS,’ much less the involvement of Mayor Rodrigo Duterte and the local police officials of Davao to (sic) said acts, this Office tends to agree with the Commission’s Regional Director Sipaco that ‘it would be unbecoming of the Commission if through chismis and other gossips, we would be relying on it as a fact already when there are no supporting justification (sic).'”

Still, self-confessed killer Edgar Matobato, who was presented by De Lima, recently testified before the Senate that Duterte instructed the DDS to execute people.

Critics have slammed Duterte for more than 1,400 extrajudicial killings in Davao City, which he led as mayor for more than two decades.

Duterte has, however, denied ever ordering any extrajudicial killing when he was Davao City mayor, even as he had previously boasted of killing thousands of criminals.

The term “Davao Death Squad”, according to him, was invented by his political opponents in Davao City. – Rappler.com