IN PHOTOS: Police take war on drugs to Happyland Facebook Twitter Copy URL
Copied
As the war on drugs continues, dozens of men are rounded up in a police operation in the city of Manila. Some of them tell Rappler, however, that they have nothing to do with drugs.

MANILA, Philippines – The sun had just set by Liselle Alvarado’s window facing the Manila Bay. Dinner was almost ready, but pesky mosquitoes made it uncomfortable for the Alvarado family.

Liselle’s husband Bert, a construction worker and father of two young children, went out to buy mosquito coils. It took him a while, however, before he could return for dinner.

Just a few steps to go before entering their home, Bert was stopped by cops from the Manila Police District (MPD) Station 1. The police officers were conducting an operation to fight illegal drugs that day – Saturday, September 24.

Bert and 56 other residents from the Gawad Kalinga Compound and Happyland, Barangay 105 in Tondo, Manila were told to gather at a nearby basketball court. 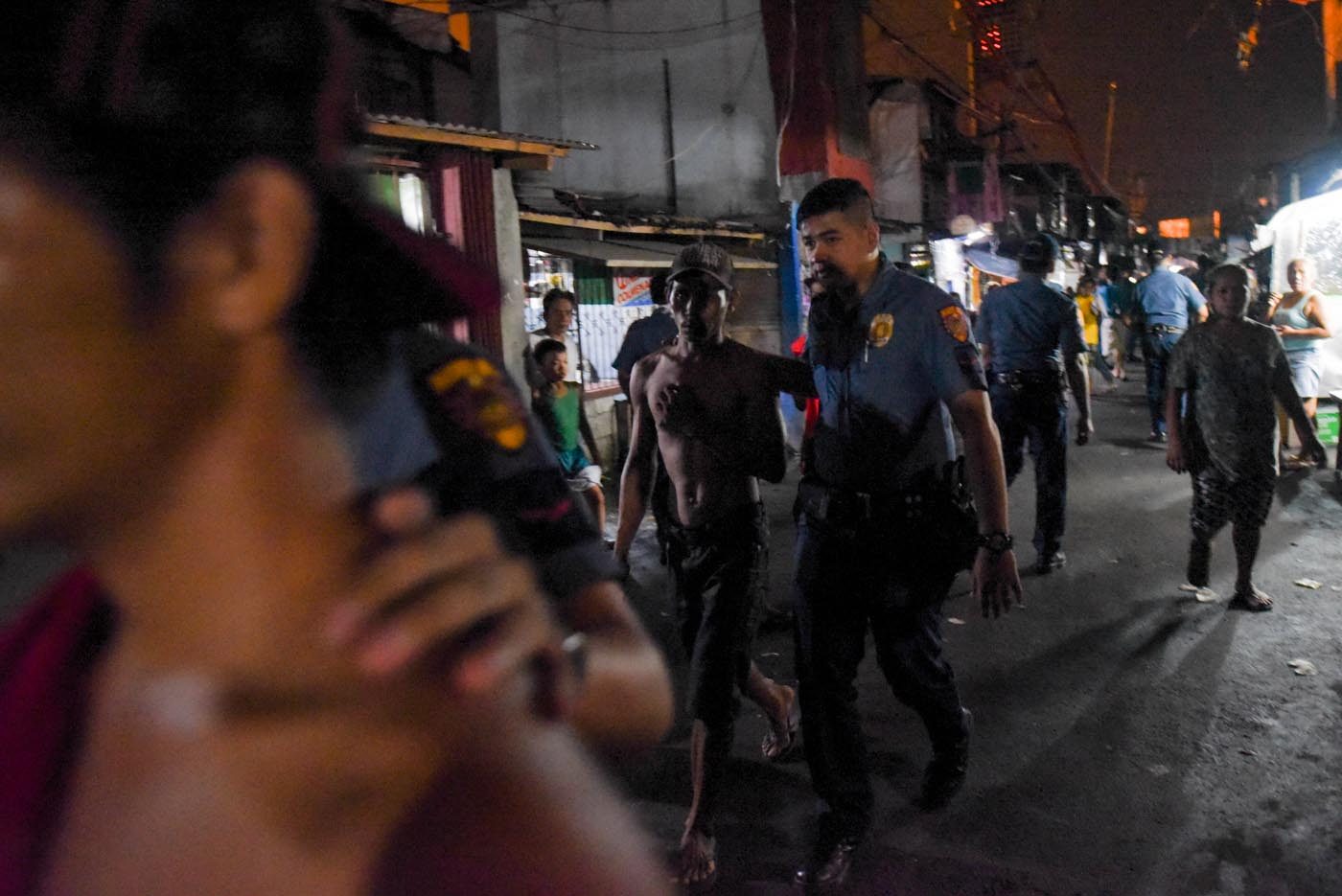 There was hardly any tension for Bert and many of the other men at the basketball court. They were even laughing and poking fun at each other.

But on the other end of the court, it was the opposite for 10 other men – silent, heads bowed, and in handcuffs. Seven of them were caught in a buy-bust operation just before Bert was to join his family’s dinner.

(I had just finished eating. I just took a peek at what was happening. Then the police approached me and invited me for questioning.) (Everyone here knows that I’ve long stopped using drugs since I got out of jail and started working in Bulacan as a mechanic. The only reason why I returned here is to support my child.)

Ulsano later on declared that aside from the arrested drug suspects, 57 others surrendered.

(They just told me, “Go with us, there won’t be any problems if you go with us. This is just for validation.”)

Basilio said he was just urinating when the police approached him. MPD Station 1 (Raxabago) covers the most populated area in Manila, with 330,299 residents. An estimated 5,886 people here are suspected to be drug offenders.

From July 1 to September 1, based on the police’s Oplan Double Barrel report, 128 were either arrested or killed in the area while 1,218 surrendered.

In the National Capital Region, the MPD has registered the highest number of surrenderers and fatalities in police operations since July 1, the start of the Duterte administration’s war on drugs. Benjie, a glass installer and contractor from Cebu, was on the phone talking to his mother when the police asked him to come with them.

(They should just subject us to a drug test so we’ll find out who’s really using drugs or not. When you’re placed on a watch list but you’re actually not involved in drugs, it’s difficult. It’ll be hard to look for a job, and what’s worse, if you’re accused of being a drug pusher or user – well, you know what’s happening in the country right now.) “But what will happen to our children’s future if drugs continue to proliferate?” he said. (READ: EXPLAINER: How serious is the PH drug problem? Here’s the data) Shortly before midnight, after filling up a form, the 57 who “surrendered” join their family members waiting outside the police station and walk home.

Bert and Liselle and their two children will finally have dinner. – Rappler.com