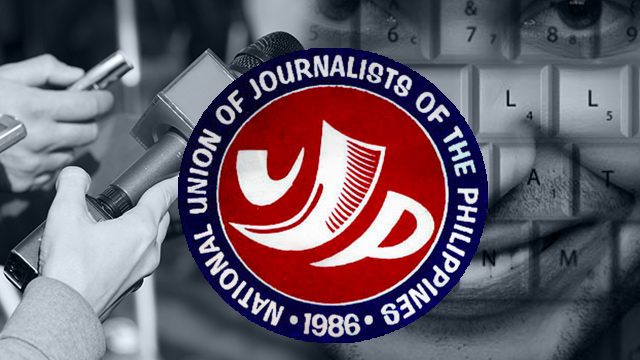 Facebook Twitter Copy URL
Copied
President Rodrigo Duterte's appeal to his supporters not to harm journalists 'seems to have fallen on deaf ears,' says the National Union of Journalists of the Philippines

The post from GRPundit said “malicious and irresponsible journalists” like Lema and Mogato “are the true enemies of democracy,” and they “should be punished with the full force of the law.”

In recent days, Lema and Mogato have been shown on memes that called for “violent punitive action,” said Rosauro.

Some netizens, the NUJP chairman added, have also demanded “controls on freedom of the press and of expression.”

The President had said last Friday, September 30: “Hitler massacred 3 million Jews. Now there [are] 3 million drug addicts… I’d be happy to slaughter them.”

Duterte’s comments sparked outrage from the international community. The President later apologized on Sunday, October 2, saying it was not his intention to offend the memory of victims of the Holocaust.

The online vitriol against Lema and Mogato followed online attacks against freelance journalist Gretchen Malalad and Al Jazeera correspondent Jamela Alindogan, who were targeted for their reports on Duterte’s bloody war on drugs.

The NUJP also condemned those attacks, saying other people had “gone beyond legitimate criticism of their professional output to outright threats on their persons.”

After the attacks against Malalad and Alindogan, Duterte on September 22 asked his supporters to stop threatening journalists.

“I appreciate very much your support and maybe your – how would I say it – enthusiasm to back me up. You are correct, I am doing nothing wrong, but of course we should also not threaten people kasi hindi na sila makapagsulat ng totoo (because they aren’t able to write the truth),” said the President.

Rosauro said this appeal from Duterte has apparently been ignored.

“Mr. Duterte’s injunction to his supporters not to harm journalists and leave them to pursue independent reporting about his government seems to have fallen on deaf ears, drowned by the overflowing zeal of an army of social media warriors who are quick to deflect the slips in judgment and pronouncements he has made as if he is infallible,” Rosauro said.

While the NUJP does acknowledge that criticism and calling out errors can enrich public discourse and improve the practice of journalism, “threatening journalists when their reportage is disagreeable or erroneous is criminal, as is helping spread these threats.”

Rosauro added: “We are worried over the continued vilification of media and attempts to lay the predicate to muzzle freedom of the press and of expression. However, we are certain that most of the public who we serve know and understand the crucial role an independent Fourth Estate plays in a democracy.” – Rappler.com