Facebook Twitter Copy URL
Copied
After site inspections and consultations with agencies and beneficiaries, the Vice President says a housing roadmap will be available by the first quarter of 2017

MANILA, Philippines – The last 100 days have been a ride – literally – for Vice President Leni Robredo.

She has taken trips by around the country and abroad to perform her ceremonial functions as the country’s second top leader, as well as deliver the message on her key advocacies: food security, rural development, public health care, education, and empowerment.

In August, Robredo flew to Thailand to receive an award for being an outstanding woman, and to the United States to meet with the Filipino-American community. Both trips, Robredo earlier disclosed, were sponsored.

But at the center of her first 100 days as vice president are initiatives to deliver on her promise to uplift Filipinos from dire poverty through her “laylayan trips.” There, she asks communities what their needs are and deliver this information to potential partners with enough resources for aid.

Since she assumed office, Robredo has transformed the Office of the Vice President (OVP) into an advocacy-based center that links government services, private donors, and aid groups to the local government units (LGU) that need their assistance.

“This is not a separate initiative from the whole of government. This is clearly coordinated with [their] efforts,” Georgina Hernandez, head of the anti-poverty advocacies and programs of the OVP explained to Rappler in an interview.

Hernandez said that Robredo was inspired to implement this scheme when she found out that there are gaps between the people’s knowledge of what resources and services are available to them and the government’s or resource’s information of who needs their support.

When she was still congresswoman of Camarines Sur, Robredo tried to identify why there are no available baselines for the feeding program in her constituency. It turns out the LGUs had no available weighing scales and height boards, Hernandez said.

Robredo then asked the Department of Health regional office and found that a lot of measuring equipment were left unused in their warehouse. 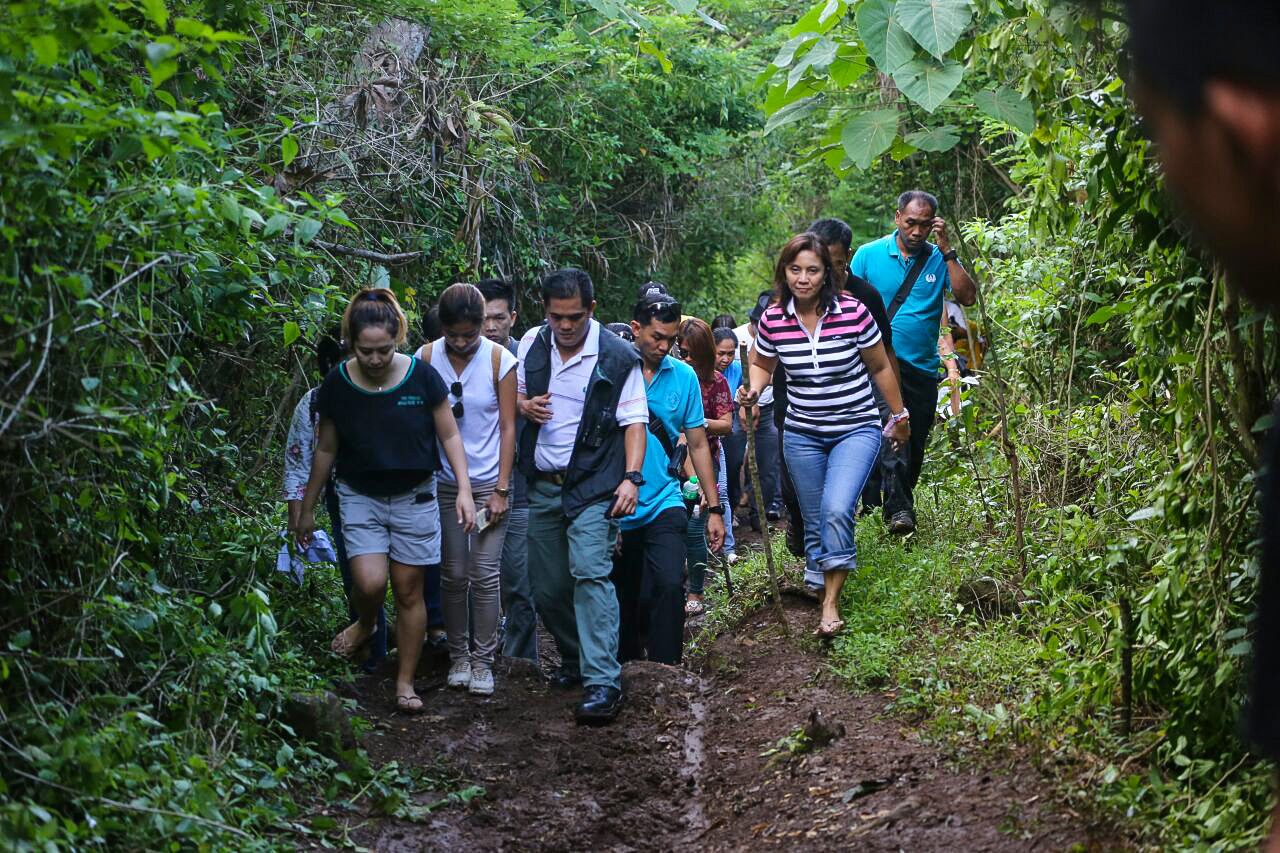 “There are the resources, there are the funds, there are the communities that need it but sometimes there’s a gap in information and coordination. [The OVP will be] bridging that so that we are able to achieve these outcomes,” said Hernandez.

The OVP, in culmination of the discussions and travels, will hold an anti-poverty summit on Monday, October 10 – the 25th anniversary of the Local Government Code.

At the summit, 51 LGUs and 600 organizations will meet to seal partnership project deals that will improve the lives of the impoverished.

Robredo is also tasked to lead government initiatives in the housing sector. She heads the Housing and Urban Development Coordinating Council (HUDCC).

Visiting relocation sites has been a part of her community trips. In the last 3 months, Robredo has checked at least 6 housing sites in Metro Manila and in the provinces. (READ: Robredo: Gov’t must build over 2,600 homes a day to beat backlog) 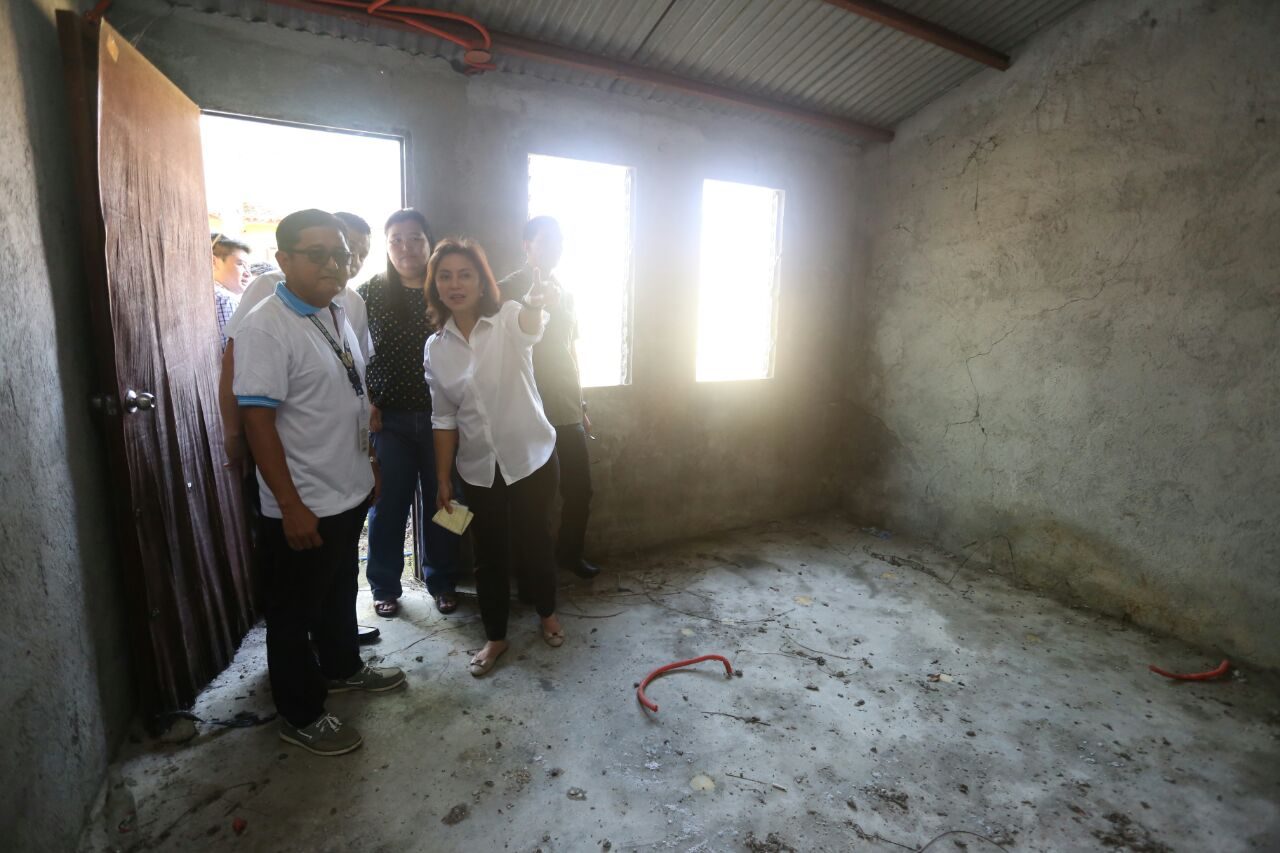 Two of these sites – in Quezon City and San Juan – are considered best practices that can be a model to be replicated at the national level. She also went to Yolanda-stricken areas in Leyte and Eastern Samar.

She found key problems in the sector, such as the lack of water and electricity in resettlement sites, unused police and military housing projects, long titling process that hinders emergency housing for Yolanda victims, and the lack of data to create a comprehensive roadmap.

Robredo previously said that the HUDCC, in consultation with the World Bank, will have the final housing roadmap by the first quarter of 2017. The plan will include the inputs from her inspection of housing sites.

She has also met with the Commission on Audit (COA), the Bureau of Internal Revenue (BIR), and the Land Registration Authority (LRA) to expedite the housing aid for Yolanda victims.

“We agreed to look at all the choke points and find solutions. We are now in the process of working on it,” she said in a press briefing on Tuesday, October 4.

Robredo said LRA promised to streamline the procedures, especially for disaster-related needs. The COA, meanwhile, reiterated other forms of ownership evidence, and the BIR has authorized Robredo to issue certificates for housing assistance. – Map by Michael Bueza/Rappler.com