LIST: Witnesses vs De Lima who were granted immunity 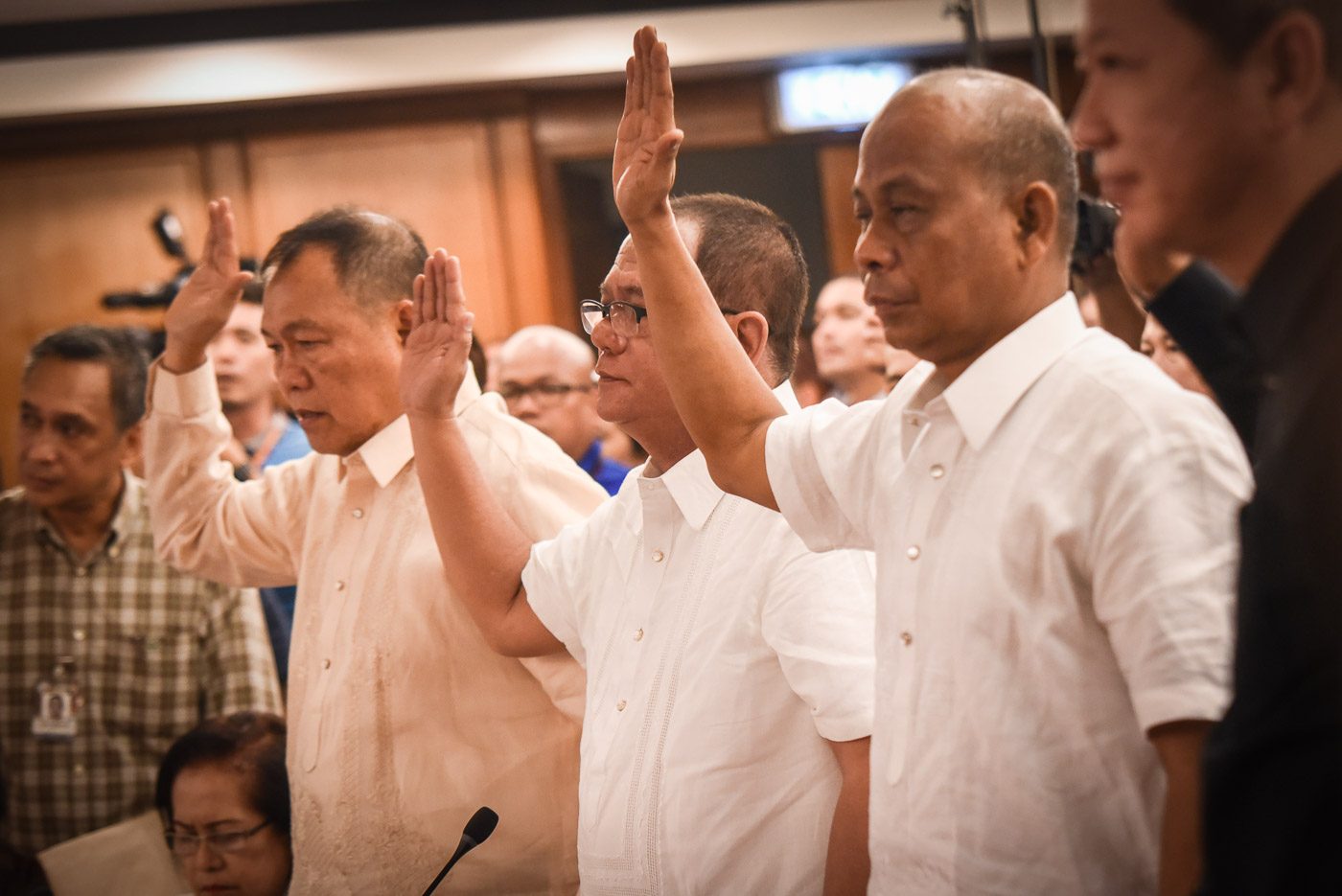 Facebook Twitter Copy URL
Copied
(UPDATED) In the House probe, Speaker Pantaleon Alvarez has granted immunity to 12 witnesses against Senator Leila de Lima, 9 of whom are inmates at the New Bilibid Prison

MANILA, Philippines (UPDATED) – Most of the witnesses presented before the House committee on justice’s probe into the illegal drug trade at the New Bilibid Prison (NBP) are high-profile inmates.

These convicts, several of whom belong to the so-called “Bilbid 19,” have testified about former justice secretary and now Senator Leila De Lima’s alleged involvement in the illegal drug trade within and outside the national penitentiary. (Read about the past hearings on days 1, 2, and 3.)

They claimed that De Lima, with the help of bagmen, collected millions of drug money from the NBP inmates to fund her 2016 senatorial bid.

The fiercest critic of President Rodrigo Duterte is also allegedly having an illicit affair with her supposed bagman and former bodyguard and driver Ronnie Dayan.

Because of the nature of their testimonies, Justice Secretary Vitaliano Aguirre II requested the House panel, led by Oriental Mindoro 2nd District Representative Reynaldo Umali, to give immunity to the witnesses.

Speaker Pantaleon Alvarez, an ally of Duterte, has already granted immunity to 17 witnesses, 13 of whom are NBP inmates.

Alvarez’s letters of approval read: “Under Section 12 of the aforementioned Act, you shall be entitled to immunity from any and all criminal prosecution for the offense or offenses in which your testimony will be given or used and all the rights and benefits provided under Section 8 of the same law; Provided, that you shall tell the truth, the whole truth, and nothing but the truth in the said legislative investigation.” – Rappler.com