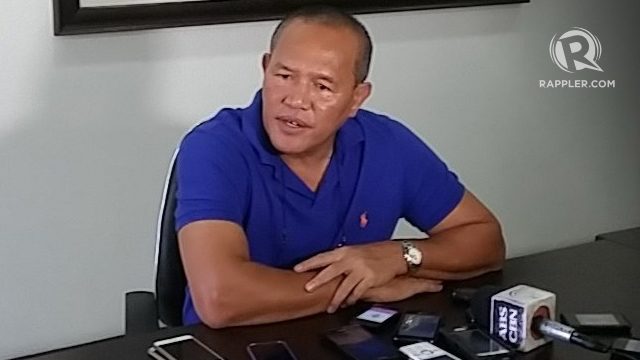 Facebook Twitter Copy URL
Copied
The Court of Appeals reverses the Ombudsman’s suspension of the Cagayan de Oro City mayor, saying the penalty 'may no longer be enforced given the expiration of his previous term of office'

CAGAYAN DE ORO CITY, Philippines – Mayor Oscar S. Moreno acknowledged that the first 100 days of his second term at City Hall had bumps, but overall, “it has been business as usual at City Hall.”

Part of the “bumpy ride,” he said, was the 3-month suspension meted by the Ombudsman for simple misconduct coming from the use of funds and a contract related to the city’s successful boxing program – which produced the likes of Albert and Jason Pagara and Milan Melindo.

Barangay Puntod chairman Marvin Beja said Moreno, city budget officer Percy Salazar, and city accountant Beda Joy Elot were found to have illegally appropriated City Hall funds when it entered into a contract worth P175,000 for the lease of a house that served as training quarters of boxers under the city’s sports program.

In a ruling dated Oct. 6, 2016, the Court of Appeals reversed the Ombudsman’s suspension of Mayor Moreno, saying the penalty “is functus officio and may no longer be enforced given the expiration of his previous term of office.”

Functus officio is a Latin phrase that means an officer or agency whose mandate has expired.

Since the alleged simple misconduct was made during his first term that ended on June 30, 2016, he can no longer be made to serve the penalty in this current term.

Meanwhile, the mayor also views the filing by the Ombudsman of a case related to the Ajinomoto case in the Sandiganbayan as favorable to him as it would finally give him his day in court.

The Ombudsman found Moreno and acting city treasurer Glenn Banez administratively liable for allegedly entering into a tax settlement agreement with Ajinomoto Philippines in 2013 without city council authorization, and ordered them dismissed and disqualified from public office.

The Ajinomoto case is now on appeal before the CA and the appellate court had issued a Writ of Preliminary Injunction on the penalties.

“I welcome the filing at the Sandigannbayan. I now have a tribunal that will listen,” Moreno said during his regular radio program at DXIM – Radyo ng Bayan Cagayan de Oro on Thursday, October 6.

A press release posted on the Ombudsman website last October 5 said the criminal aspect of the Ombudsman case coming from the Ajinomoto tax settlement had been filed before the Sandiganbayan.

The Ombudsman, in its decision in the Ajinomoto case, acknowledges that it came up with the decision without Moreno’s counter-affidavit. Moreno, however, insists that he had filed his counter-affidavit and even resubmitted a copy of it in his motion for reconsideration.

The Ombudsman – in its dismissal of the motion for reconsideration – did not accept his counter-affidavit, saying he only submitted a photo copy.

Moreno reiterated that the Ombudsman could have asked him to produce or show the original, which he said he is “guarding with his life” considering that the one he submitted earlier got lost in the case files.