Duterte admin ‘independent’ from US, ‘bullied’ by China? 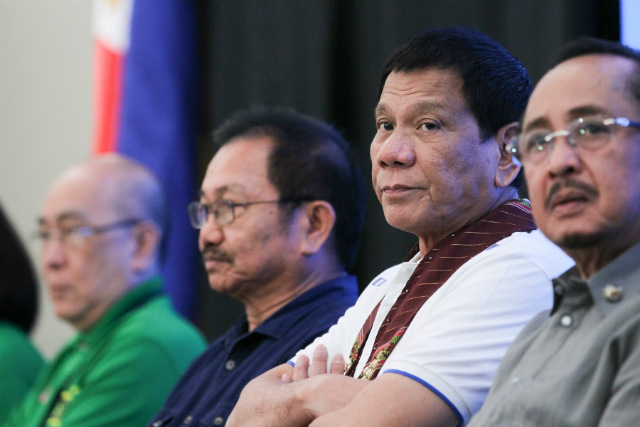 MANILA, Philippines – Experts have questioned President Rodrigo Duterte’s version of an “independent foreign policy,” as Duterte threatens to cut ties with the United States and to strengthen alliances with China and Russia instead.

Article II, Section 7 of the 1987 Constitution already says, “The State shall pursue an independent foreign policy.”

Victor Andres Manhit, the Philippine managing director of international think tank BowerGroupAsia said, however, that Duterte’s push for an independent foreign policy seems to be “really more of independence from the United States.” (READ: Duterte puts EDCA under review, threatens to cut US ties)

“It’s not independent because you move from one strong alliance to another strong alliance,” Manhit said, referring to the shift toward stronger alliances with China and Russia. (READ: Duterte attacks US, praises China in Indonesia)

China has refused bilateral talks with the Philippines if based on this historic ruling.

Many analysts fear that Manila might shelve the ruling to improve ties with Beijing.

Manhit, who is also president of the Albert del Rosario Institute for Strategic and International Studies, said disregarding this ruling will just position the Philippines “as a very weak state.”

“We basically say, ‘Okay, anybody can just bully us around.’ We allow ourselves to be bullied, but we call it an independent foreign policy,” he said.

In any case, Manhit said Duterte’s upcoming visit to China “is a big step to really strengthening our economic relations.”

Maria Elissa Lao, assistant professor of political science at the Ateneo de Manila University, said an independent foreign policy “means you can still carry out also, ably, the goals of your state.”

“Any good diplomat won’t put all their eggs in one basket. So you have to also be careful with the kind of statements that you’re making,” Lao said.

“We’re not a big state,” she added. “You also have to measure what kind of resources do we really have in order to back up foreign policy statements.”

Former Foreign Secretary Albert del Rosario earlier warned against treating foreign policy like a “zero-sum game.” (READ: Duterte’s tough talk and what it could mean to US, EU investments)

“In foreign affairs, you try to get as many friends as possible. You don’t get one friend at the expense of another friend,” Del Rosario said. – Rappler.com