Oct 11, 2016 11:39 AM PHT
Camille Elemia
Facebook Twitter Copy URL
Copied
The Volunteers Against Crime and Corruption says the senator and others accused 'clearly acted in conspiracy' to perpetuate the illegal drug trade in the New Bilibid Prison 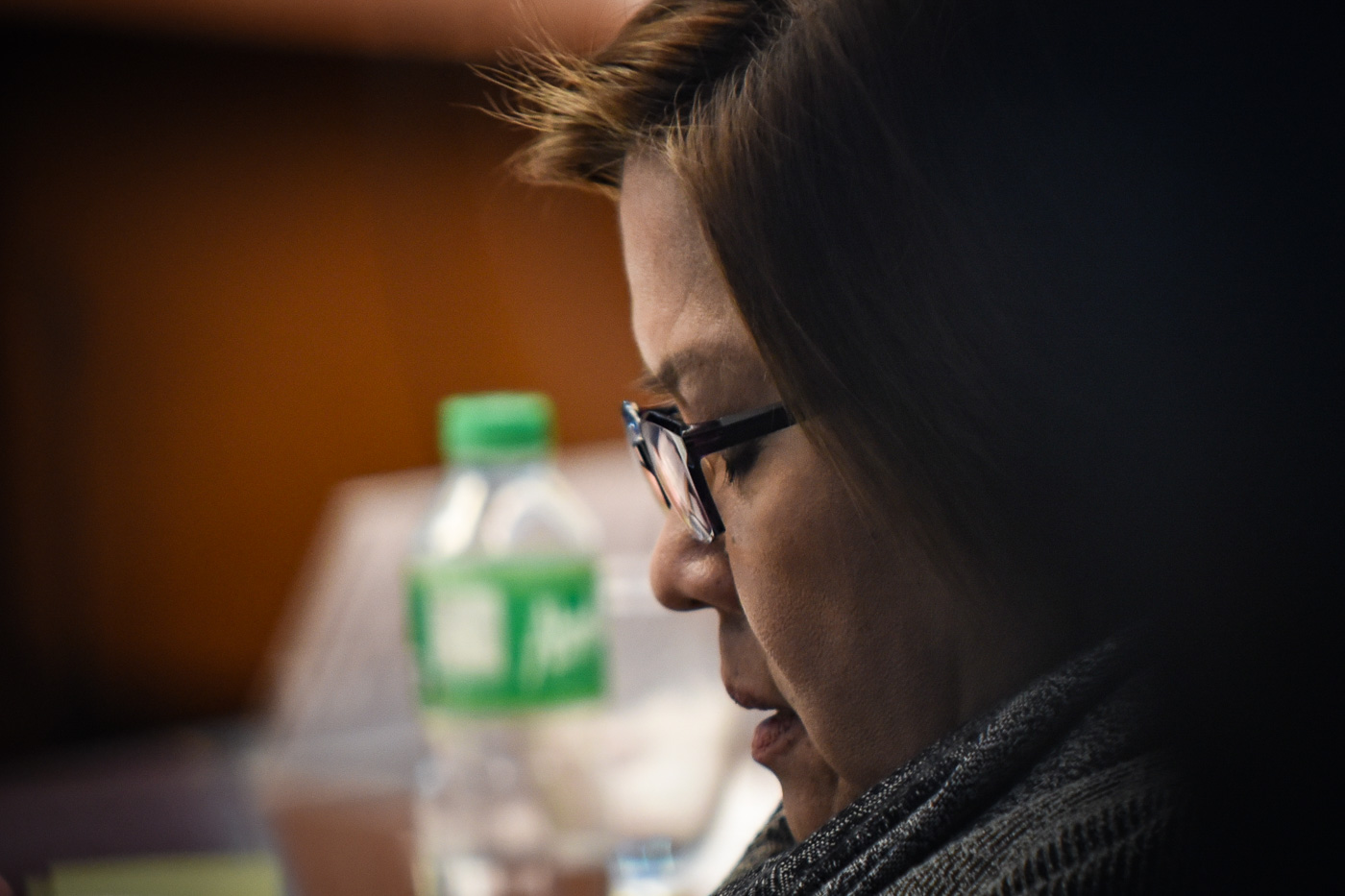 The Volunteers Against Crime and Corruption, represented by Chairman Dante Jimenez, filed the 65-page complaint against De Lima and 7 others for allegedly “conspiring” to perpetuate the illegal drug trade in the New Bilibid Prison.

The complaint is anchored on the testimonies presented at the congressional inquiry into the same matter, made mostly by convicts serving life terms. All of the convicts who testified before the House committee on justice were granted immunity from suit for anything they may say in their testimonies at the probe.

Of the 7, Bucayu, Sanchez, and Sebastian testified at the House probe, and accused De Lima of facilitating the illegal drug trade inside NBP. De Lima has strongly denied all accusations, claiming witnesses were only “pressured” to testify against her. (READ: Which is which? Sanchez, Sebastian’s conflicting claims)

“Respondents definitely saw how profitable the system established in the Bilibid at that time. Like hungry wolves, they took advantage of their power, influence and resources,” Jimenez said in the complaint.

If proven that they violated Section 5 of Republic Act 9165 or the Comprehensive Dangerous Drugs Act of 2002, the respondents may face a sentence of life imprisonment and a fine ranging from P500,000 to P10 million.

“In this case, respondents clearly acted in conspiracy. They all came to an agreement concerning the sale and trade of drugs and acted on such understanding,” Jimenez said.

“This fact was substantiated through various testimonies of inmates. All witnesses had personal encounters with Senator De Lima and had their own story to tell as to how respondents with the mutual aid of one another, traded and trafficked drugs inside the prison,” he added.

JImenez claimed that De Lima took advantage of her power as former justice secretary to “promote” the widespread drug trade inside the NBP – an allegation that the senator has repeatedly denied by noting that there were 30 raids on the maximum state penitentiary when she led the justice department.

“Senator De Lima utilized her power and authority as then Secretary of Justice (SOJ) to abet and even promote the proliferation of massive drug trade inside the Bilibid,” Jimenez alleged in the complaint.  (READ: The public trial of Leila de Lima)

Jimenez argued that “direct proof is not essential to show conspiracy,” saying their “concerted actions” before, during, and after the sale of illegal drugs demonstrate their united objective to perpetuate the act. (Read about the past hearings on days 1, 2, and 3.)

“It is well-settled that direct proof, however, is not essential to show conspiracy. It need not be shown that the parties actually came together and agreed in express terms to enter into and pursue a common design,” Jimenez said.

“The concerted actions of respondents in this case before, during, and after the commission of the illegal sale and trade of prohibited drugs, demonstrate their unity of design and objective of perpetuating the act,” he added.

The elements present that merit the complaint, Jimenez said, are the following:

Like all the other witnesses at the House hearing, Bucayu and Sebastian were granted immunity by the House. Sanchez was not, as he did not request it. But Ferdinand Topacio, lead counsel of Jimenez, said it was only “transactional immunity” and that does not necessarily exempt them from all suits.

“They are immune from suits from any person including government in connection with what they will say in that hearing – to encourage them to say what they know, and in connection with the implementation of their right against self-incrimination. It doesn’t make them exempt in any of all suits,” Topacio told Rappler.

“What they said couldn’t be used against them. Like De Lima cannot use it to file libel charges but that does not exempt them from criminal prosecution from any case we can prove culpability other than that which they said in the House committee on justice,” he added.

Topacio said the 3 were implicated not because of their testimonies but because of the statements of other witnesses like inmates Herbert Colanggo, Noel Martinez, and former cop Rodolfo Magleo. – Rappler.com