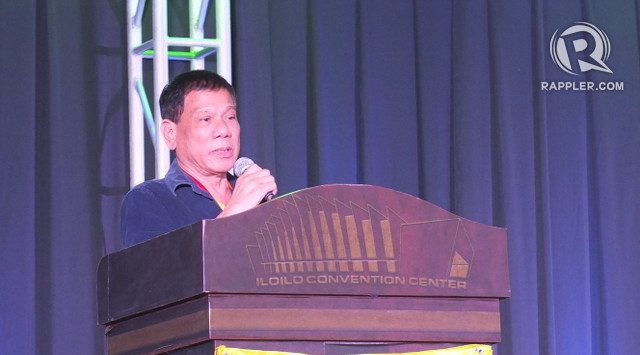 MANILA, Philippines – Most Filipinos said they trust President Rodrigo Duterte and were satisfied with his performance in the first 3 months, according to a poll released by Pulse Asia on Wednesday, October 12.

Up to 86% of the total 1,200 respondents in the poll conducted from September 25 to October 1 said they have a “big trust” for Duterte. The same percentage said they “approve” of his performance.

There were separate questions measuring the trust and performance ratings of the President.

Only 3% said they have “small or no trust” for the President. The same percentage said they “disapprove” of his performance. The rest were undecided.

The Pulse Asia survey results are consistent with the results of a survey by another polling firm, Social Weather Stations (SWS), on similar questions on trust and performance.

Duterte enjoyed high ratings despite controversies that plagued his first 3 months in office. The survey period covers, among other events, Senate testimony of self-confessed Davao Death Squad member Edgar Matobato, linking Duterte to widespread killings when he was mayor of Davao City; international criticism on his bloody war on drugs; his controversial speech where he was perceived to comparing himself to Hitler, and his subsequent apology to the Jewish community in the Philippines; and the commemoration of the martial law declaration.

His ratings are high across geographic areas and socio-economic classes. It is highest in Mindanao, his home region, where he got 96% trust rating and 93% satisfaction rating. – Carmela Fonbuena/Rappler.com