China to lift travel warning vs PH during Duterte trip 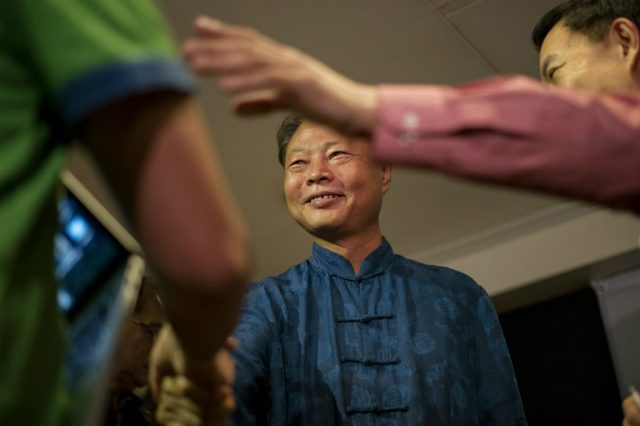 “The Chinese side has already decided to lift the travel advisory,” Zhao said in a forum on Friday.

Asked by Filipino reporters when this is taking effect, the Chinese ambassador referred to Duterte’s upcoming trip to Beijing: “During your President’s visit.”

Duterte is set to make a state visit to China from October 18 to 21.

China issued its travel warning against the Philippines in September 2014. China’s Ministry of Foreign Affairs advised Chinese citizens “not to travel to the Philippines for the time being…given the worsened security situation” in the Southeast Asian country.

Zhao earlier clarified that this was “not a travel ban per se.” Neither was it an order. He said this was only “an advice.”

China released its travel warning in 2014 a week after Philippine authorities arrested 3 men over an alleged plot to bomb the Chinese embassy, Chinese businesses, and Manila’s international airport. The Chinese foreign ministry said “criminal gangs” in the Philippines had targeted Chinese citizens and businesses.

The alleged bomb plot was linked to the dispute over the West Philippine Sea (South China Sea). This territorial and maritime row, which heated up in 2012, brought the relationship between the Philippines and China to its lowest point in 4 decades.

No talk of sea ruling

The West Philippine Sea dispute became more complicated after the Philippines won a historic case against China over this issue on July 12 this year.

Zhao said China will avoid discussing this ruling during Duterte’s trip to Beijing.

He said the two countries will focus on matters that “unite” them, such as tourism and the fight against the illegal drug trade. (READ: Chinese to fund 12-hectare drug rehab center in PH)

Zhao, for one, said he is eyeing to attract one million Chinese tourists to the Philippines by the end of 2017.

He said this figure is based on the current “increase rate” of Chinese tourists.