Most Filipinos don’t share Duterte’s trust in China, distrust in US – SWS 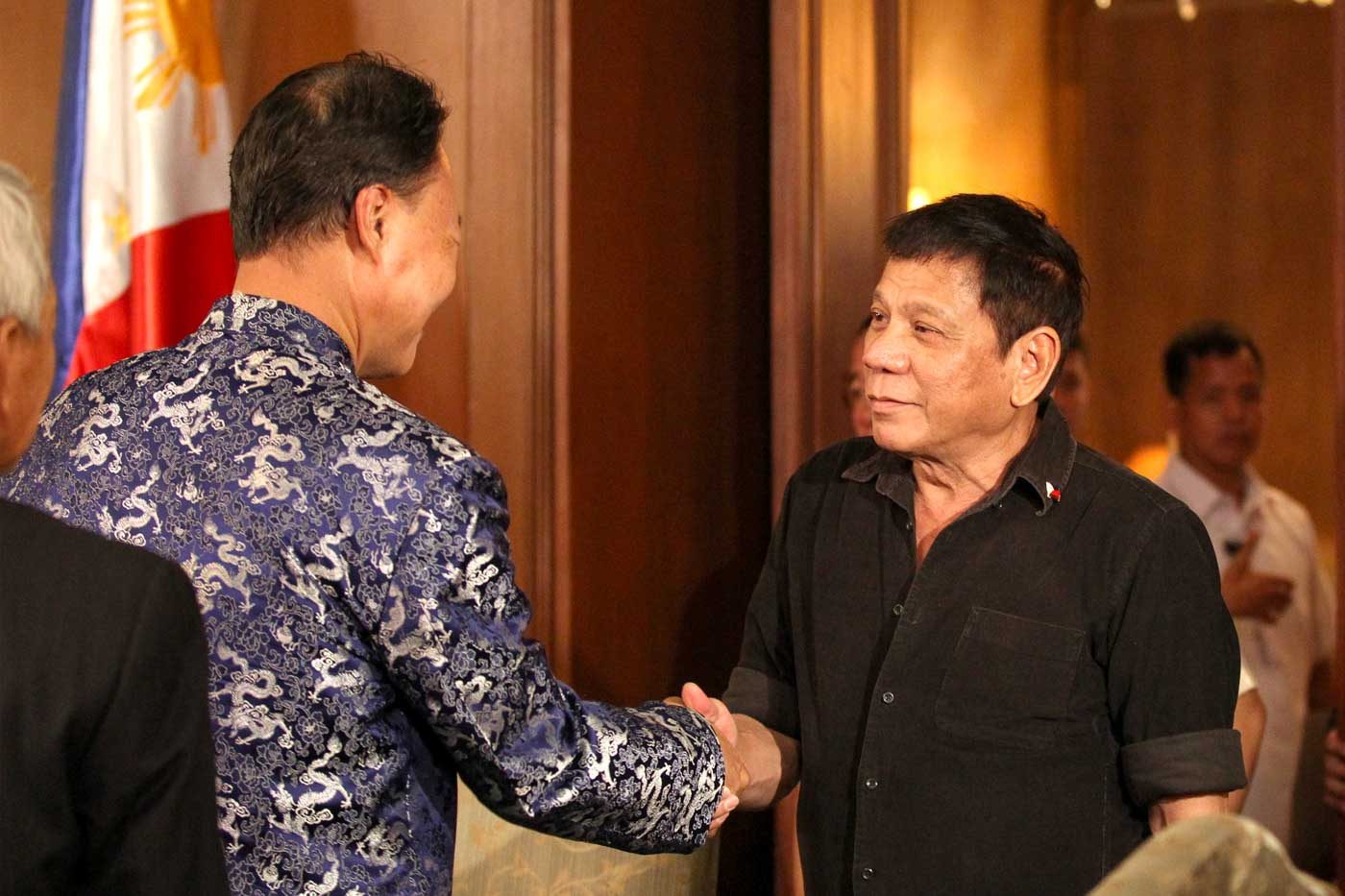 MANILA, Philippines – Majority of Filipinos trust President Rodrigo Duterte and are satisfied with his performance but they do not share his sentiments towards China and the United States, according to a Social Weather Stations (SWS) poll.

The results of SWS survey conducted from September 24 to 27 were published by BusinessWorld Monday night, October 17, on the eve of the President’s state visit to the Asian economic goliath.

It is not clear in the report if the remaining 4% of the respondents had no response.

The level of Filipinos’ trust in China is 9 points lower than the “poor” -24 net trust rating they gave that country in June, or before Duterte officially assumed office.

Since he became Chief Executive, Duterte had signaled his desire to build closer relations with China, which has been at odds with the previous administration over the dispute in the West Philippine Sea (South China Sea).

Duterte’s pivot to China is opposite to the path taken by his predecessor, former president Benigno Aquino III, who brought China to international arbitration because of its occupation of maritime territories inside the 200-nautical mile exclusive economic zone of the Philippines.

In April 2012, Manila lost a tense standoff with Beijing in Scarborough Shoal off the coast of Zambales, a province close to Metro Manila, prompting the Aquino administration to bring its case before an arbitral tribunal in the Permanent Court of Arbitration in The Hague, the Netherlands.

The Philippines won its case against China, which has ignored the ruling. Even under what Beijing regards as a friendly administration, the Chinese Coast Guard has continued to shoo away Filipino fishermen from the latter’s traditional fishing grounds in the West Philippine Sea.

The US continues to enjoy the trust of Filipinos despite Duterte’s repeated pronouncements against the US and US President Barack Obama after the latter called his attention to the spate of killings in his war on drugs. (READ: Duterte to Obama: ‘Go to hell’)

Duterte had said on several occasions that he was recalibrating the Philippines’ foreign policy which involves moving closer to China and away from the country’s oldest and most powerful treaty ally, the US – the subject of the “socialist” President’s sustained tirades. (READ: The Philippines’ pivot to China)

The President had blamed the US for the continuing conflict in Mindanao, his home region.

Duterte seeks to focus on economic and trade relations with China,  which will be the primary objective of his state visit there. The resolution of the sea dispute is not expected to the discussed  “substantively” during the visit, according to Foreign Secretary Perfecto Yasay Jr.

“We are never, certainly, afraid to negotiate with China… [but] right now is not the time to discuss substantively the resolution of this issue. We still have to build on the lost trust and confidence that was eroded during the past administration,” Yasay said in a press briefing Monday afternoon.

Polls conducted by the SWS showed that Filipinos have always had “little trust” in China, according to the BusinessWorld report.

It noted that China only had positive net trust ratings in 7 of the 40 surveys the pollster conducted on the topic since 1994. China registered its highest net trust rating of +17 in June 2010, as another Philippine president friendly to China, former President Gloria Arroyo, ended her term.(READ: Why China prefers Arroyo to Aquino)

Filipinos’ trust in China fell to its lowest during the Aquino administration, when China registered a net trust rating of -46 in September 2015.

The US has always scored a positive net trust rating since the SWS started its regular poll in 1994. It obtained its lowest net trust rating of +18 under the Arroyo administration in 2005, and the highest, +82, in December 2013 Under Aquino, who sought US assistance in fending off China’s aggression the West Philippine Sea.

The SWS survey was based on face-to-face interviews with 1,200 adults nationwide, and has a ±3 percentage-point sampling error margin. – Rappler.com