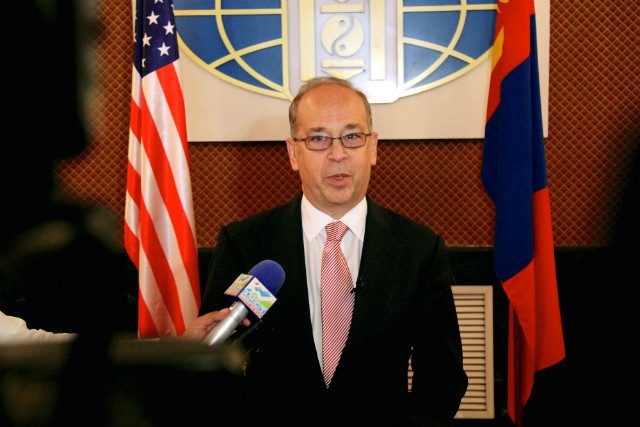 MANILA, Philippines – A top US official met with Philippine Foreign Secretary Perfecto Yasay Jr in Manila on Monday, October 24, after a series of anti-US tirades by Philippine President Rodrigo Duterte.

“I pointed out to Secretary Yasay that the succession of controversial statements and comments, and the climate of uncertainty about the Philipppines’ intentions, have created consternation in a number of countries, not only in mine,” Russel told reporters after the meeting.

“This is not a positive trend,” he said.

“Your friends are also concerned about the loss of life in connection with the counternarcotics campaign,” Russel added, referring to Duterte’s war on drugs that has killed more than 4,400 people since July 1.

Russel is the US Assistant Secretary of State for East Asian and Pacific Affairs.

He is in the Philippines for a previously scheduled trip “to meet with government officials and have lunch with Young Southeast Asian Leaders Initiative (YSEALI) participants,” the US embassy said in a statement.

White House Press Secretary John Earnest said that also in Russel’s agenda is the “uncertainty” in Philippine-US relations after Duterte initially said he is cutting military and economic ties with the US. The President has since clarified he will only “chart another way” in terms of foreign policy.

Referring to Duterte, Earnest said: “Again, you all have extensively covered the kind of rhetoric that he has used. Some of it personal, some of it offensive, some of it confusing, all of it walked back by senior officials in his government.”

“So that’s the source of the uncertainty that will certainly be part of the discussions that the Assistant Secretary of State, Mr Russel, will convene in the Philippines when he arrives there,” Earnest said.

In an earlier interview with Rappler, US Ambassador to the Philippines Philip Goldberg said Duterte’s anti-US rhetoric has caused “head-scratching” in Washington. He said this is a kind of language that the US has heard elsewhere, “but not from a friend and ally.” – Rappler.com