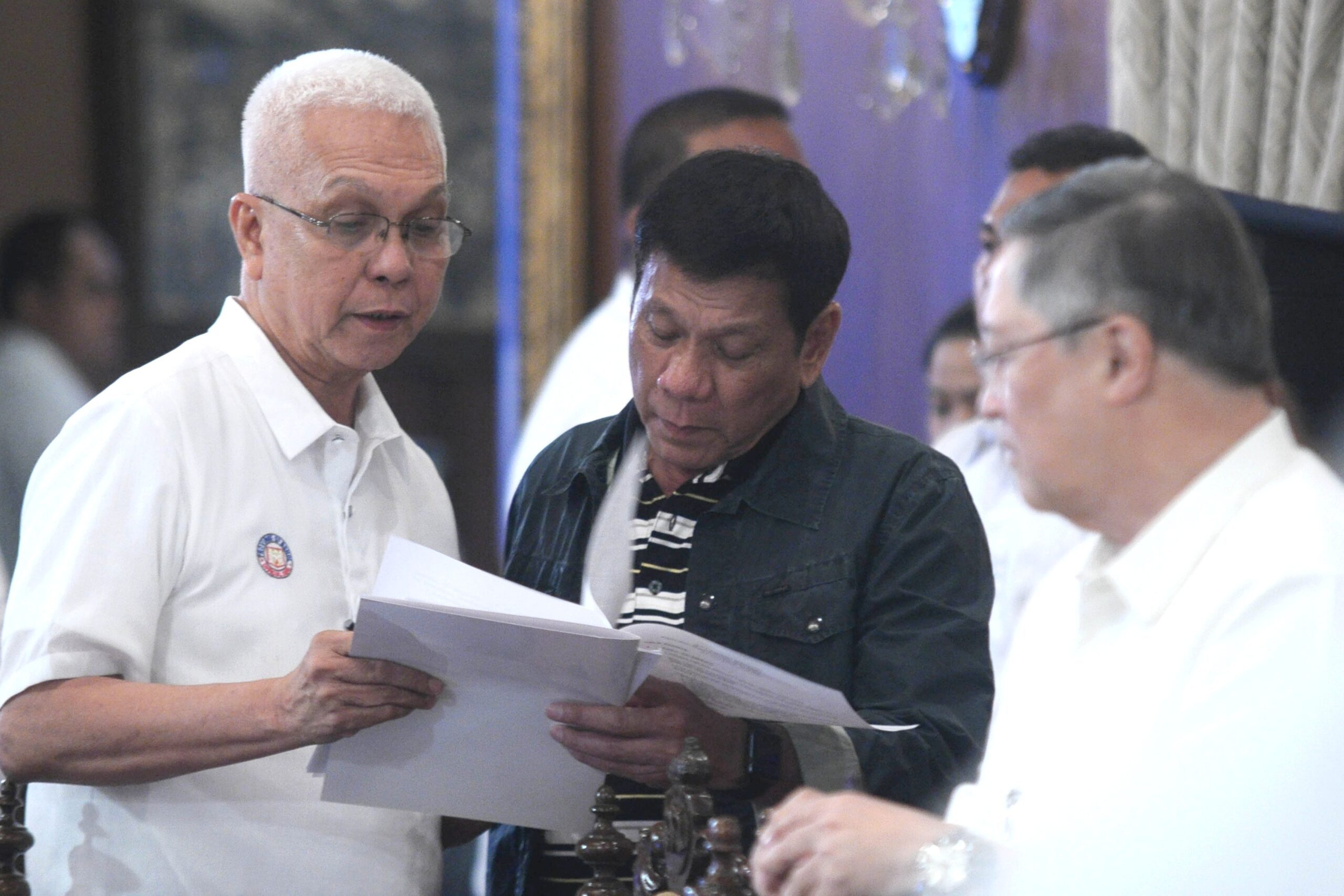 Facebook Twitter Copy URL
Copied
The 24/7 hotline and complaint center will have a strong link to the President himself, as top aide Christopher Go will help oversee its operations

MANILA, Philippines – President Rodrigo Duterte signed an executive order (EO) laying down the mechanisms and terms for the 8888 Citizens’ Hotline and Complaint Center.

EO No. 6 was signed last October 14, almost 3 months after the hotline was launched in August. (READ: 8888 hotline: Most complaints lodged vs SSS, LTO)

The EO puts the 8888 Citizens’ Hotline and Complaint Center under the supervision of the Office of the Cabinet Secretary, Leoncio Evasco Jr, one of Duterte’s most trusted men. Evasco served as Duterte’s chief of staff for many years when the latter was still Davao City mayor.

In the EO, the complaint center is defined as a “mechanism where citizens may report their complaints and grievances on acts of red tape as defined under RA No. 9485 and other relevant laws, and/or corruption of any national government agency, government-owned or -controlled corporation, government financial institution, and other instrumentalities of the government.”

The complaint center is supposed to operate 24 hours, 7 days a week, except on national holidays and during work suspensions.

While citizens should be able to rely on the 8888 landline number, the EO states that the complaint center should provide other communication channels such as text messaging, email, websites, and social media.

The task of the complaint center is to “immediately” refer the concerned citizen “directly or indirectly” to the government agency involved in the complaint.

The EO orders that there should be a “concrete and specific action within 72 hours from receipt of the concern by the proper government agency or instrumentality.”

Failure of the government agency to respond in a “timely” manner will be considered grounds for administrative sanctions.

Funding for the complaint center will be allocated under the Office of the Cabinet Secretary and other concerned government agencies.

Giving the EO more teeth are sections that link the complaint center to the Office of the Special Assistant to the President Christopher “Bong” Go.

Go has the most access to Duterte and is almost always by the President’s side.

Evasco’s office is to work closely with Go’s office in operating the complaint center. The Office of the Cabinet Secretary is also supposed to submit quarterly reports through Go’s office to Duterte on the activities and accomplishments of the center.

Duterte, in recent speeches, has talked about a one-hour morning show dedicated to showing citizens’ complaints.

Cracking down on corruption and red tape was among his biggest campaign promises when he ran for president.

He has also warned Cabinet secretaries that he does not want to see Filipinos waiting in line just to get government documents. – Rappler.com