Rosales murders: What motives police are looking into 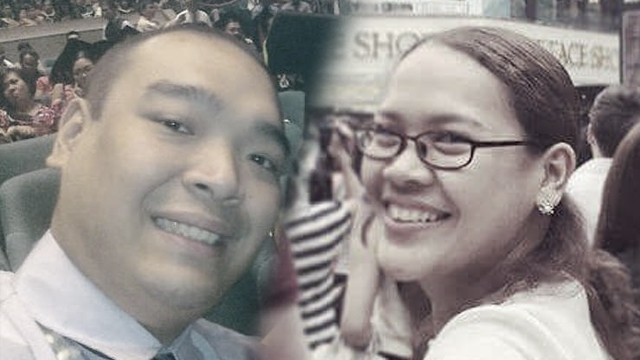 MANILA, Philippines – The Makati police task force investigating the murders of siblings Lauren and JR Rosales is looking at 3 possible motives so far, as well as considering the likelihood that the incidents were related.

“There’s the probable angles of alleged utang (debt), alleged lover interest, business dispute or family feud, so we’re looking into that. When we’re able to establish those things, that’s the time we can evaluate and eliminate the most probable reason or motive,” Senior Inspector Ronald Saquilayan, chief of the Makati Police Criminal Investigation section, told Rappler.

The local police has formed Task Force Rosales to investigate the murders, which happened a few months apart in Makati, although the victims live in nearby Sta Ana in Manila.

Lauren Rosales, 26, was gunned down while on a jeepney on her way to work on July 21. Her older brother Petronio “JR” Rosales Jr, who came home from London to pursue her case, was killed by a gunman on October 26. They are survived by their widowed mother Irma.

What’s certain, however, is that the deaths are neither related to illegal drugs nor was robbery a motive in either of them, the police said.

The police are looking at 3 possible motives so far:

On August 2, a week after Lauren’s burial, one of her cousins received a bouquet of red anthuriums with a hand-written note: “Irma, bayad na lahat ng utang mo.” (Irma, your debts have been paid.)

The letter was addressed to Lauren’s mother. However, she was only informed about it on Friday, October 28, two days after JR was killed. Saquilayan said JR had requested his relatives and the police not to let his mother know about the note.

Saquilayan refused to disclose further details about the alleged debts of the mother.

Irma’s family – Lauren and JR were her only children – lives in a house on a 140-square-meter lot. It’s the same house that the Sta Ana police reported was robbed while relatives had all gone to JR’s wake.

Saquilayan said that the house is under the name of Irma’s deceased mother, by whom Irma has 4 siblings – 3 are based in the United States, and one brother is based in Saudi Arabia. Irma’s family shares the house with her brother’s family.

Irma stated that she had no problems with her in-laws, according to Saquilayan.

Saquilayan said the police are taking things slow on this lead, as they do not want to cause any ill feeling between the families.

Police aren’t ruling out the possibility of a love angle – “lover interest” – so they wanted to speak with Lauren’s boyfriend.

Authorities said the boyfriend has yet to give his sworn statement on his girlfriend’s murder. He was supposed to meet with Police Officer 3 Arnis Ojastro, the head investigator in Lauren’s case, on October 26 in Makati City.

On the same day, JR was gunned down by unidentified men at around 12:40 am, also in Makati.

It was uncertain if JR was supposed to be joining the said meeting, but Saquilayan presumed that JR would want to be part of it, given his active participation in the investigation.

The meeting had been rescheduled to later that week, but the police have yet to issue a statement on their meeting with Lauren’s boyfriend.

Saquilayan said JR, an IT professional, told Ojastro on October 19 that there was an attempt to hack Lauren’s Facebook account.

Saquilayan said JR’s mother and wife also mentioned a Facebook post that JR made in reference to his sister’s death.

The recent robbery in the Rosaleses’ house, however, is still undergoing investigation, to see if it is related to the murder of JR. (READ: Thieves break into house of JR Rosales’ mother)

PO2 Christopher Razon, Sta Ana police’s head investigator on the robbery case, gave assurances his team would be directly coordinating with Makati’s Task Force Rosales if they find any information relevant to the murder cases.

The family has refused to speak to the media. – Rappler.com