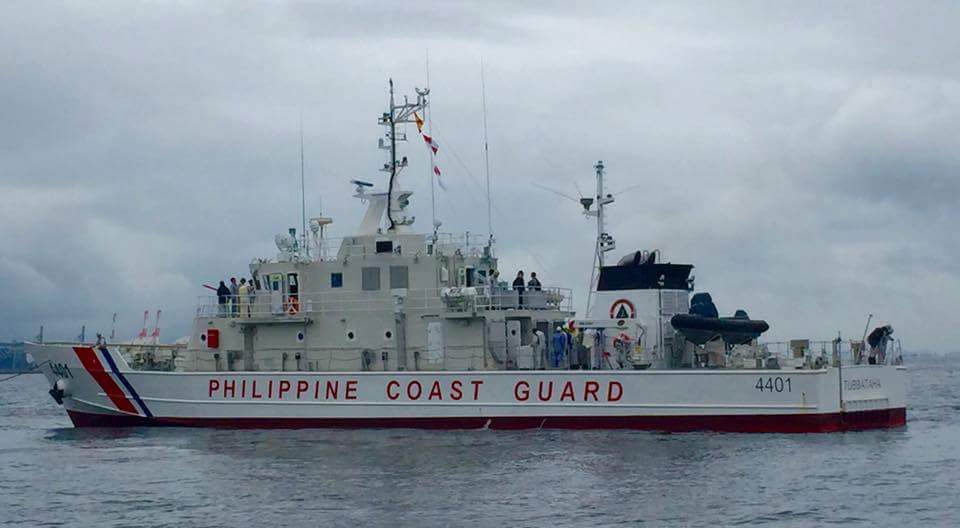 MANILA, Philippines – The Philippine Coast Guard is set to deploy ships to Panatag (Scarborough) Shoal off the coast of Zambales province to patrol the country’s exclusive economic zone (EEZ).

Balilo said the coast guard presence is meant to maintain government presence in the area and to monitor the situation of the fisherman.

Transportation Secretary Arthur Tugade disclosed the deployment on Thursday, saying it was meant for “roving inspection and testing the waters,” he told reporters in Malacañang.

Tugade allayed concerns that the deployment would revive tension between the two countries over the shoal, the site of a tense standoff between Manila and Beijing in April 2012.

“That is farthest from our mind right now,” Tugade said.

BRP Tubbataha, a 44-meter vessel commissioned only last month, is the first of the 10 multi-role response vessels (MRRVs) acquired from Japan for about P5 billion each. It is supported by Japanese aid money.

BRP Pampanga and BRP Davao Del Norte are older coast guard ship that have been deployed to Scarborough during the 2012 standoff and to Sabah during the 2013 hostilities there.

The shoal was practically occupied by the Chinese Coast Guard since a tense standoff there in April 2012 over Philippine Navy’s arrests of Chinese fishermen. They have been shooing away Filipino fishermen from the shoal, ocassionally using water cannons against them.

China’s practical occupation of the shoal located inside the country’s Exclusive Economic Zone (EEZ) prompted the previous Aquino administration to file a historic arbitration case against its neighbor.

The Permant Court of Arbitration in The Hague ruled, among others, that Scarborough is a common fishing ground. China ignored the ruling, insisting on a bilateral arrangement with countries with claims in the South China Sea. – Rappler.com