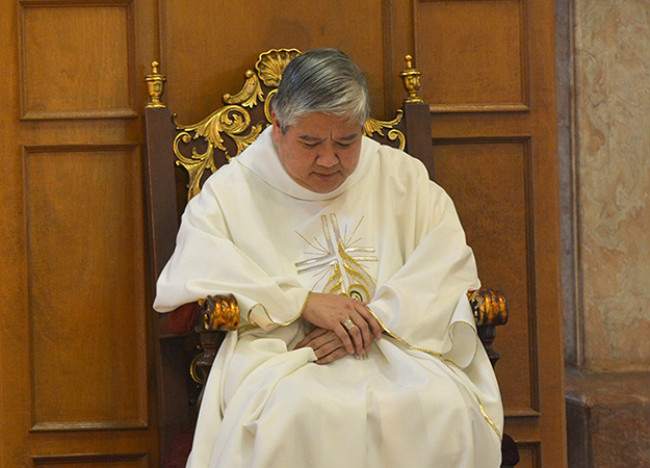 Villegas is the protegé of the late Manila Archbishop Jaime Cardinal Sin, who helped oust Marcos through the EDSA People Power Revolution of 1986.

“I am very sad. The burial is an insult to the EDSA spirit,” Villegas, president of the Catholic Bishops’ Conference of the Philippines (CBCP), said in a text message to Rappler on Tuesday evening.

Villegas also said of the SC ruling: “It mocks our fight to restore democracy. I am puzzled and hurt, and in great grief.” (READ: Supreme Court: Marcos was not pure evil)

Villegas issued this statement on Tuesday as archbishop of Lingayen-Dagupan in Pangasinan, not as CBCP president. He said the CBCP statement is “still being prepared.”

Villegas was the 25-year-old private secretary of Sin when Filipinos ousted Marcos and restored Philippine democracy on February 25, 1986. (READ: EDSA: ‘Hand of God’ seen from the House of Sin)

The archbishop issued his statement shortly after the SC on Tuesday voted 9-5 to allow a hero’s burial for Marcos, as proposed by President Rodrigo Duterte. (READ: Supreme Court:  Marcos was not pure evil)

The Marcos family celebrated the ruling as a vindication, but the late dictator’s critics said it disregards the human rights abuses and other wrongdoing during the Marcos regime. – Rappler.com